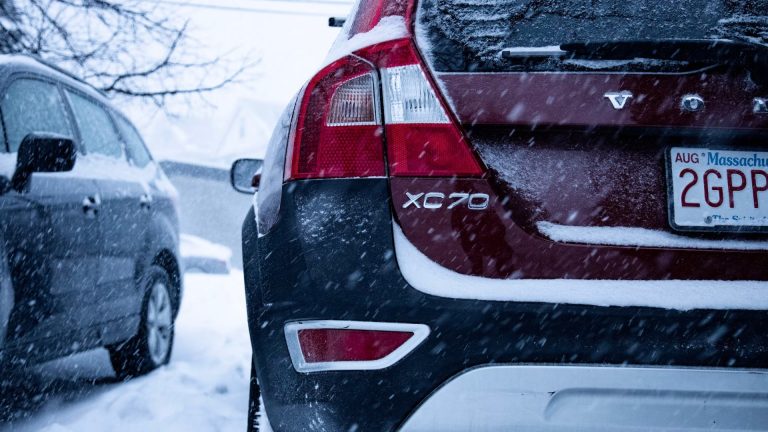 Like every other model year, the Volvo XC70 has issues; some of which are quite serious and expensive to fix. There are some Volvo XC70 years to avoid if you want to purchase this model.

The Volvo XC70 was available with a six-speed automatic transmission from 2006 to 2016. However, many drivers found it difficult to operate this transmission anytime they changed gears. When it got too heated, it tended to shift abruptly. Their transmission occasionally slips between gears, making driving risky.

Malfunctioning shift solenoids, broken valve bodies, or incorrect software may bring on this Volvo XC70 transmission issue. To fix this problem, several owners had to spend a lot of money replacing or rebuilding the entire transmission.

Bushings shield control arms on the 2013 Volvo XC70 from heat and friction that may otherwise harm the vital suspension components. Sadly, some drivers have noted that their vehicles’ front control arm bushings started to wear out quicker than anticipated.

The control arms made knocking or squeaking noises when their exposed metal came into touch with other metal components. The damaged bushings could compromise the wheels’ alignment, resulting in issues like uneven tire wear.

Fortunately, the remedy for the noise from the bushings is replacing the old bushings. This issue has also affected the Volvo XC70 model years from 2003 to 2010.

Misaligned shifts in the transmission

Some motorists have expressed worries about shifting issues with the 2012 Volvo XC70 transmission. They detailed instances where the transmission failed utterly, moved or downshifted more forcefully than usual, or took too long to shift between speeds.

Noise or vibration from a defective upper engine mount

The engine mounts prevent the 2008 Volvo XC70 engine from making loud noises or experiencing too many vibrations when driving. Therefore, owners of the affected 2008 XC70s noticed problems such as aggressive gear changing and rough idling when the upper engine mounts started to wear out early in those vehicles.

Many 2003–2006 Volvo XC70 owners have also mentioned having problems with their upper engine mounts. Regardless of the model year, it is preferable to replace damaged engine mounts before they harm other engine components.

Except for the slickest road surfaces, the 2007 Volvo XC70 users may drive safely, thanks to the anti-lock brake system (ABS). Unfortunately, the ABS control module could malfunction much sooner than expected in some vehicles. This issue increases the possibility that the XC70 will skid off the road when driving in rainy or icy conditions. The ABS module of some Volvo XC70 owners from 2003 to 2006 has also reportedly prematurely failed.

The 2003 Volvo XC70 can handle most terrain partly because of its all-wheel drive, which gives each wheel the necessary amount of power when required. However, some vehicles’ drivetrain has sudden malfunctioning reports, so the back wheels might not receive sufficient power to function.

Failure of the all-wheel drivetrain makes driving risky. For instance, if the system failed when the driver was going on a slick surface, they might lose control of the car and cause an accident.

Although the 2003 Volvo XC70 owners regard it as well-built, many owners have expressed dissatisfaction with their car’s transmission. On average, problems like rear-wheel drive failure began to appear after 108,000 miles. To prevent a repeat, most impacted unit owners suggested rebuilding the complete transmission rather than repairing the system under warranty. Numerous 2001 Volvo XC70 models also experienced a similar transmission problem, and reports indicate that this is a common issue with second-generation XC70s.

Even though Volvo is a brand known for safety, the XC70 has odd safety system-related flaws that damage that reputation. According to numerous sources, the XC70’s driver airbags are flawed and could eject inflator pieces when the airbag is deployed. Both the driver and the front passenger may sustain various types of injuries as a result. As a result, Volvo issued a recall with the designation R10136 for the XC70, but there are still many XC70 with faulty airbags.

The problem with the cooling system on the XC70 is that it frequently has coolant bubbles that persist after you fill the coolant. As a result, there won’t be enough coolant in the system, which could lead to overheating or, worse yet, a complete engine fire.

There are no safety-related problems associated with the Volvo brand. However, the safety belt system’s tensile steel strength is known to lose stiffness over time; thus, the belts might not be able to keep you securely in place.

Which Volvo XC70 years to avoid?

Volvo XC70 has had several model years, primarily upgrades and modifications of the previous model years. However, there are some model years to avoid basically due to their high maintenance cost and safety, amongst other things. Below are the XC70 model years to look out for:

A few issues surfaced for the 2001 model after the first two years were almost faultless. One extremely unsettling report of the car lunging forward while it was halted. This issue can be risky regardless of whether you are stopped at a crosswalk where people may be strolling in front of you, waiting in traffic closely behind someone’s bumper, or close to an intersection where moving a few feet ahead could result in a collision.

Even if it’s doubtful, this fact alone makes the 2001 model an XC70 year to be avoided. Additionally, there have been instances of the transmission acting sluggishly, clunking loudly during shifts, or completely failing. This problem is quite expensive to repair and can be dangerous while on the road.

With a total of 12 complaints, the worst model year was reportedly 2003. Five concern the transmission, and more than one transmission failure has been reported. Furthermore, there are claims that the all-wheel-drive system malfunctions and fails to send power to the rear wheels.

There have also been instances of the power steering malfunctioning, the car stalling owing to a fuel pump issue, and unsafe or unevenly worn-out wheels. You would be better off avoiding the 2003 Volvo XC70 because it is the worst-built model.

The 2002 Volvo XC70 was similarly challenging to discuss due to the drivetrain’s axle wobbling and the air conditioning system failing. The engine had poor cooling and speed control issues while the alternator malfunctioned. Airbag issues, fuel pump leaks, and poor Isofix guide installation would lead to widespread car recalls.

The 2004 model was better, but the transmission gets caught in gear, which is still a problem. There were also some engine-related complaints. One owner claimed that the car jerked forward while stopped, similar to the 2003 model, and another claimed that the engine rocked the vehicle and made loud revving noises. Overall, the 2004 model year had fewer issues, but there were still enough for you to be better off opting for another model year.

The 2007 model year was more stable compared to the 2008 model as it was the last model of its generation, but that didn’t stop it from having a few electrical issues, a malfunctioning air conditioning system, and two recalls.

The 2008 model year had some complaints, the most prominent being the fuel system and problems with the engine. Further into the third generation of the range, the 2010 Volvo XC70 suffered from a drivetrain issue that caused a distracting and irritating humming noise from the back of the vehicle. The interior’s lack of soundproofing and problems with the radio and Bluetooth, which would suddenly turn on and off without notice and ruin the trip, was also present.

Two main issues plagued the 2015 model year – The steering was the first problem; it would lose power and be challenging to drive. Poor radio reception was the second issue, surprising in a vehicle doing so well.

Before purchasing any XC70 model year, you must know that some model years are better picks. Here is a list to consider:

The 2005 Volvo XC70 stood out from the rest of the second-generation model years. Although an older model, it is pretty reliable, which is impressive given that Volvo is not known for its reliability. That is not the case with the 2005 model, whose owners have reported continuing to drive far into the year 2020, which translates to 15 years of service with a 208 horsepower turbocharged engine that screams speed and power.

Car users consider the 2014 Volvo XC70 the best model year because, aside from the usual downsides of having a wagon body shape, this year’s model had no problems with the driving experience and was an excellent vehicle overall with superior performance and handling. There were seven trims of the 2013 and 2014 Volvo XC70, all of which had great utility, edgy looks, and a modern cabin.

The 2009-2012 model years introduced a ton of brand-new active safety measures and a variety of comfort amenities, many of which would be significantly enhanced in subsequent years.

Is the Volvo XC70 worth buying?

The Volvo XC70 is fantastic if you want a comfortable, capable, and safe crossover. At the same time, the most recent 2016 XC70 has the most advanced technology; one of the earlier model years would make a fantastic investment because of its ample luggage space, powerful brakes, and excellent safety features. It’s helpful to be aware of the XC70’s reliability ratings and potential problems before signing any contracts.

Which year Volvo V70 is the best?

The 2001-2007 Volvo V70 is among the best-used wagons on the used market because of its tremendous power, good road handling, and luxurious interior features like leather seats and excellent safety systems.

Are Volvo XC70s expensive to fix?

Which year did Volvo stop making the XC70?

Volvo discontinued production of the XC70 model in 2016, making it the last model year.