Why is ABS light on? 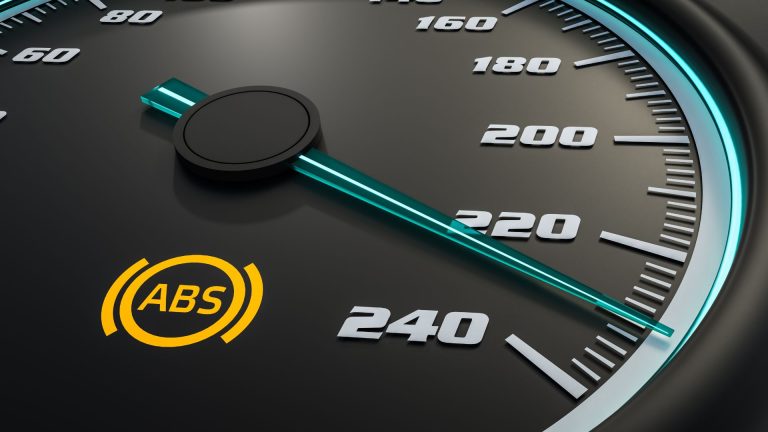 The amount of control a driver has while braking is very crucial, especially in accident avoidance. The Anti Lock Braking system (ABS) is especially significant because it improves steering control while braking and shortens the stopping distance. These days, road-going vehicles now have ABS as a standard feature, and there’s an ABS light on the dashboard.

Depending on the car manufacturer, the ABS light could be either amber, yellow, or orange. The ABS light on your car comes on every time you engage the ignition and goes off after some seconds. If the ABS stays on for a long, it means that the system is malfunctioning.

A malfunctioning or deactivated ABS can spell danger. As with every other car system, you should find out the cause of the problem and fix it as soon as possible.

Now let’s get into the possible reasons for making your ABS light stay on and how you can fix the issue.

Why did your ABS light come on?

The antilock braking system modulator consists of wheel speed sensors, valves, a pump, and a controller. When the ABS light stays on, it’s because of issues concerning the ABS parts. Think of the ABS light as a warning sign for the system.

Some of the most common problems that can cause your ABS light to come on include the following;

All contaminants, such as dirt, rust, and metal shavings, can cause the ABS module to fail. Once there’s an issue with the module, the ABS light alerts the driver. A bad ABS module is a severe problem that requires immediate attention.

ABS module failure can cause the brakes to lock up. The brake pedal will also become unresponsive unless you apply increased effort or pressure. In rare cases, the bad ABS module can affect the speedometer and make it inaccurate.

Wheel sensors usually last up to 30,000 – 50,000 miles. However, dust and driving on rough roads can make them deteriorate before the expected time. In response to the faulty wheel sensors, the ABS light comes on, and the entire antilock braking system might stop working.

Since the driving safety systems rely on the wheel sensors for data, some drivers’ assistance features like traction control and stability control will stop working. In older cars, faulty wheel sensors can reflect on the speedometer.

If you religiously top your car fluids, the problem could be a leaking fluid reservoir. Of all the issues that cause ABS light to come on, this is probably the easiest one to fix. You can top up your fluid level if that’s the issue. However, you might have to contact a professional if your fluid reservoir leaks.

There are two fuses in the antilock braking system, which activate once a driver engages the ignition. Like every electrical fuse, the ABS control fuses can blow up in the event of an electrical surge. Even without a surge, the fuses can get blown due to aging.

When you notice that your ABS light won’t go off, the control fuses should be one of the first areas to check. You can check your car’s owner’s manual to find the fuse location.

How do you fix the ABS light in your car?

You must have noticed that the ABS light glows for a few seconds whenever you start the car. When the light doesn’t go off after the usual period, you can turn off the car and restart it. If the ABS light still refuses to go off, something is wrong with the system, and you need to fix it.

Take the following steps to fix your ABS light:

What does it mean when the ABS light and brake light come on at the same time?

If the ABS light and the brake light come on at the same time, it means that the car’s braking system is compromised. Such a car is unsafe to drive and should receive professional attention.

Is it safe to drive with the ABS light on?

You can safely drive with the ABS light as long as you’re careful. While road-going vehicles have abs, some race cars do not. Race drivers use something called threshold braking.

The problem with this is that your anti-lock braking system might not respond in an emergency. Consequently, you’ll have an increased braking time and less steering control when braking.

What happens if you don’t fix ABS problems?

We’ve said that it’s possible to drive safely with the ABS light but what happens when you don’t fix the problem? Newer vehicles are pretty complex, and different systems interconnect. Like other car parts, the ABS connects with systems around it.

Any fault in the ABS can affect other systems in the long run. For example, faulty ABS wheel sensors can jeopardize the driving safety system and halt many drivers’ assistance features. The traction control, stability control, and cruise control features all stop working when the wheel sensors are bad.

The resulting issues manifest in the form of irregular shifts and delayed shifts. As you can imagine, all these additional issues increase the repair fees.

How much does it cost to repair ABS

ABS faults can be expensive to repair and fix, especially from the ABS module. A complete ABS module replacement can cost between $320 – $1,000. Some issues do not require a total replacement.

A mechanic can reset the ABS module if the light comes on a lot. While you can find steps to reset your ABS module online, it’s best to leave the job to professionals. The ABS module is sensitive, and you can easily damage it.

Other ABS problems, like lousy wheel sensors, are also relatively expensive to fix. Of course, the repair costs will increase if you keep driving with the ABS light for a long time.

The ABS light illuminates every time the engine starts, but it goes off after a few seconds. When the antilock braking system light stays on for too long, the system has been deactivated or disconnected. In essence, you no longer have the benefits of an active ABS.

The ABS light is a warning light that indicates that there’s something wrong with the antilock braking system. If you exercise caution, you can drive safely without the ABS. However, ignoring the warning light for a long time will only cause more problems.

Yes, the ABS warning light is serious, mainly if it stays for a long while. ABS malfunctions can stop some systems from working correctly. The warning light could result from failing essential components like the wheel sensors.

How do I fix the ABS light in my car?

The first step to fixing the ABS light is to find the root cause. If it’s a minor problem like low brake fluid, you can fix it yourself. More technical issues require a trained professional.