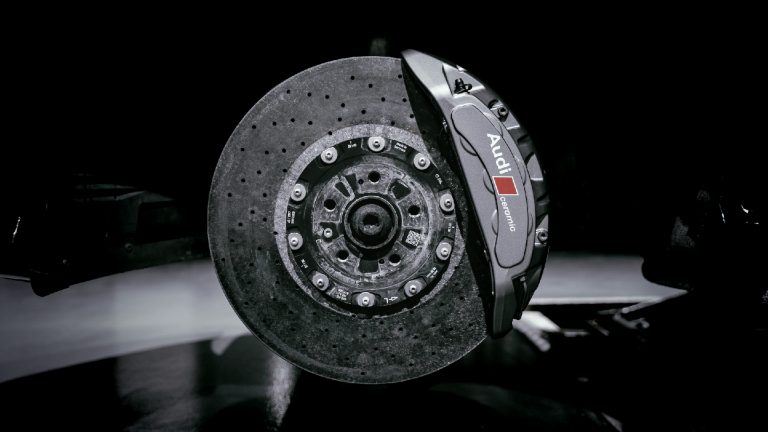 Brakes are a type of friction device that is used to slow or stop the motion of a vehicle. There are two main types of brakes: disc brakes and drum brakes. Disc brakes work by using calipers to squeeze brake pads against a spinning disc, while drum brakes use shoes that press against the inner surface of a drum. Both brakes are effective at slowing and stopping a vehicle, but disc brakes tend to be more efficient and have shorter stopping distances.

Disc brakes are the most common type of brake on modern cars and trucks. They work by using calipers to squeeze pairs of brake pads against a spinning disc or rotor. The force of the friction between the pads and the rotor slows the vehicle down. Drum brakes work similarly, but instead of using pads, they use shoes that press against the inner surface of a drum. Drum brakes are less common than disc brakes, but they are still used on some vehicles, such as some trucks and buses.

Both disc and drum brakes are effective at slowing and stopping a vehicle. However, disc brakes are more efficient than drum brakes and have shorter stopping distances. This is because it takes less time for the brake pads to slow down a spinning disc than it does for the shoes to slow down a spinning drum. Additionally, disc brakes typically don’t overheat as easily as drum brakes, making them more reliable in situations where the brakes are used frequently, such as in stop-and-go traffic.