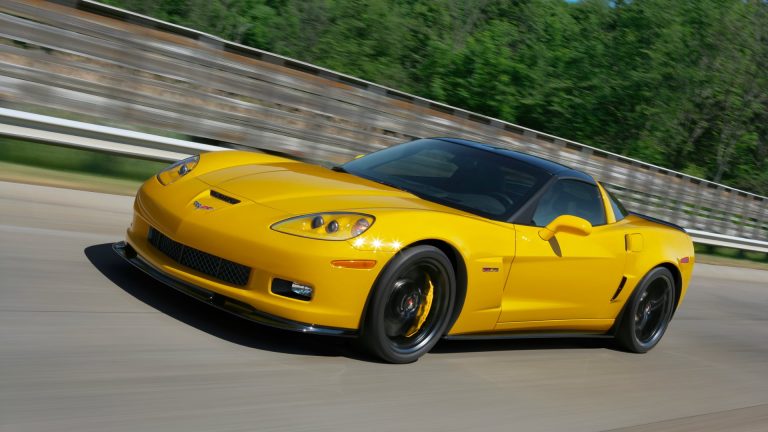 The C6 is simply the C5 Corvette on a higher level. Chevrolet took all that drivers loved about the C5 Corvette and upgraded them while doing their best to eliminate the problems that caused the C5 demise. Today, we remember it as a “supercar” that went ahead.

Despite the many testimonials the Corvette C6 has to its name, it isn’t every of its model you would find rewarding. This article elucidates which Corvette C6 years to avoid and why.

It is common for vehicles to develop problems, especially after some years or miles of usage. Like every other vehicle, some issues are common to the Corvette C6, and most materialize after 100,000 miles of use.

Most vehicles have timing belts, but the Corvette C6 has a timing chain instead. Its main advantage over the more traditional timing belt is that it does not stretch with time and lasts longer.

However, the LS3-powered Corvette C6s are most prone to timing chain tensioner failure. When the tensioner fails, it damages the timing chain, and the reaction it sets off sometimes causes severe damage to the rest of the engine.

While replacing the timing chain and its components is not an inexpensive assignment, you can get some upgraded replacements. These upgrades are not prone to having the same issue the old timing chain tensioner had, making the fix somewhat permanent.

Before 2012, Chevrolet used tri-metal rod bearings made of bronze, lead, and steel. They had to replace the tri-metal configuration with a bi-metal aluminum-and-steel one for the 2012 model. Though replacing the lead with aluminum was a good step health-wise, aluminum did not have the quality lead to guarantee engine longevity.

Unsurprisingly, the new rod bearings wore out rapidly. Some drivers were unfortunate enough not to notice the problem until it culminated in an excessive rod knock.

One excellent way to arrest the situation on time is to use higher oil grades that can easily be analyzed to check the extent of the rod bearing wear before it causes problems for other parts of the C6. Alternatively, you could find aftermarket tri-metal bearings to replace the old one, so you do not have to worry about forgetting to do the oil test.

The harmonic balancer is also called a crankshaft damper and has the sole purpose of protecting the crankshaft. It is a round metal disc with rubber infusions in its making that absorbs vibrations caused by the firing of the cylinders in the engine. In simpler terms, it is a crankshaft shock absorber.

When this specific shock absorber has been in operation long enough, the outer weighted ring often gives way to the amount of force it absorbs and starts falling slowly down the center mount quite close to the engine block. If you do not notice this problem on time, it will damage whatever stands in its way.

Many Corvette C6s have had issues with this component. Affected drivers have experienced a broken crankshaft, block, or oil pump whenever the component fails and is not noticed on time. If you are buying a Corvette C6 off the used market, you must inspect the engine for this issue so you can arrest it on time.

The severity of the problems the valve guide presented, especially with the C6 Z06’s engine, made drivers attempt to file a class-action lawsuit against Chevrolet for the dangers it posed.

The LS7 V8 engine had titanium intake valves and con rods which were part of the reason the Z06 could rev up to 7100 rpm. However, the valve guides wear down pretty quickly, starting a chain of problems in its wake.

Worn valve guides cause excess valvetrain noise, which only subtracts from the noise comfort of a ride. Over time, the broken valve guides deteriorate to the point where oil leaks into the combustion chamber, burns, spoils spark plugs, and causes misfires. In some situations, it can also cause damage to the catalytic converter.

The valves and engine could break if the issue is not arrested on time. Eventually, the cause of the problem was traced to faulty cylinder heads from one supplier.

Though the issue was rectified after being identified, it is worth noting that 2008 to 2011 C6 Z06s were made when the problem persisted. If you are getting any of those models, especially off the used market, you must research to check the probability of this problem happening to you after purchase.

Alternator problems are generally a common issue for many old vehicles. It is not only caused by age but heat too. Sometimes, they might be entirely functional but fail to charge the battery properly.

Replacing the alternator on the Corvette C6 is pretty straightforward, as the alternator is easily accessible. If you do not have confidence in your abilities, it is best to have a professional handle the replacement.

Some drivers of the Corvette C6 models of 2007 and onwards have complained about damaged or cracked fuel-sending units, fuel pumps, and fuel tanks. General Motors had to cover the issue in a technical bulletin to help guide drivers on how to repair the problem.

Which Corvette C6 years to avoid?

Most C6 models start experiencing problems after 100,000 miles. Some of these models experience the more severe forms of the common issues mentioned above, while others constitute a general nuisance with their constant need for repair. Here are the Corvette C6s you should stay away from.

Corvette enthusiasts recommend avoiding the 2005 to 2007 Corvette C6s because of their many problems. Chevrolet has had multiple recalls to address some of the issues these model years exhibited, such as steering column issues, roof panel failure, and low-beam headlight wiring problems.

The 2005 C6 was the worst hit with problems and had the most complaints for a C6 model. Some drivers call it the worst year for the Corvette C6.

Cracked fuel pumps and fuel tank leaks are typical for these model years. Though the problem generally affected the 2008 to 2011 models, these two models had the most issues, with the 2008 model being described by drivers as a nightmare.

Drivers also had to tackle valve guides that wore faster than they should. The cost of combating these issues makes the 2008 and 2009 C6 models you should stay clear of if you want to get value for your money.

2013 C6 had a lot of transmission issues, coupled with some of the more common issues. It also inherited the problems that came with the bi-metal arrangement for the rod bearings, which plagued the model preceding it. The cost of repairing these issues is relatively high and a massive deterrent for prospective drivers looking to own a Corvette C6.

The honor the Corvette C6 has presently stems from the excellent performance of its finest models. Here are the best Corvette C6 years you should look out for when shopping for one.

These models were not that perfect, as they had their fair share of problems.

However, they did not regularly inconvenience drivers like the other models you should avoid. Also, the problems they did develop did not cause drivers to spend as much as they would if they had the other models. They deliver the fantastic performance the Corvette C6 is known for.

Is the Corvette C6 worth buying?

The Corvette C6 is one of the best cars in the used market. The many improvements the vehicle underwent make it excellent for use even in recent times.

Aside from the incredible performance you would be getting at a low price, it would interest you to know that the C6 is a worthy investment. Soon, it is expected to become a rare vehicle as less of it is seen in the market. The Corvette C6 has held its value well and continues to be one car enthusiasts can’t get over.

What year C6 is the best?

It is hard to tell which C6 is the best between the 2010, 2011, and 2012 models. However, if you are shopping for one off the used market, it is best to search for the latest model before the older ones.

Do Corvette C6s have problems?

How long does the Corvette C6 last?

The Corvette C6 lasts 10 to 13 years or 200,000 miles for an average driver. With the proper care and maintenance, the vehicle can last much longer.

Is the Corvette C6 a supercar?

The performance the Corvette C6 delivers makes many drivers consider it a supercar. It is not originally a supercar but is regarded as one due to its qualities, making it comparable to a supercar regarding its time of production.