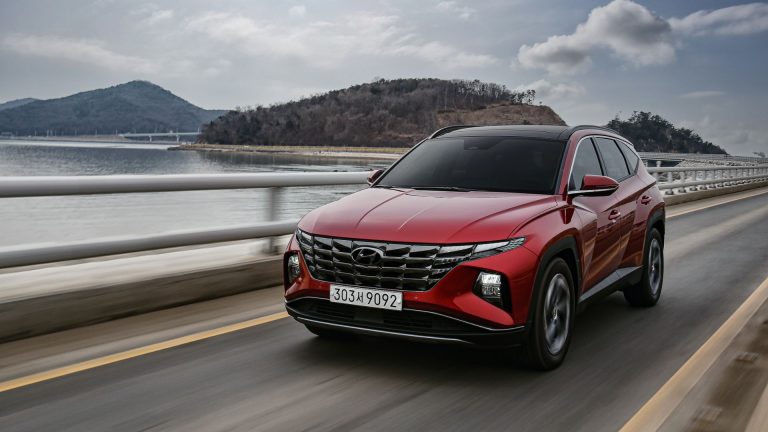 The Tucson is one of the best-selling SUVs from Hyundai due to its progressive, advanced and state-of-the-art technology. Drivers are endeared to Tucson for these features and the simple, uncomplicated manner they are presented.

Even with many other vehicles, some Hyundai Tucson model years are best left alone as they do not reflect the quality Tucson is known for. This article reveals which Hyundai Tucson years to avoid and why.

No car is perfect. Like all others, Tucson has some problems that are common to it. You must know those problems to plan your maintenance schedule around them and get the most out of your vehicle.

Here are the most common Hyundai Tucson problems.

In the event of an accident, the airbag control module controls the release of the airbags. The only way you can tell that you have this problem is when you are in an actual situation where your airbags are supposed to be deployed.

Have your mechanic check the module and airbag compartment to be on the safe side. That way, you can replace or fix the issue without being uncomfortable realizing you had the case in the first place.

The Tucson most severely affected by the knocked engines is the 2017 model. The problem is a fire hazard and often ends with a complete engine failure.

Faulty connected rod bearings caused the engine to knock on Tucson. Hyundai recalled almost 96,000 vehicles badly affected by this issue, including an engine control software update with a Knock Sensor Detection System. The detection system monitored the engine for ‘rod knock’ and gave drivers enough warning to deal with the problem in its early stage before it broke down at odd places.

The responsibility of the evaporator (EVAP) sensor is to prevent the evaporator from freezing by detecting and stopping cold generation when it reaches a specific temperature. When this faulty sensor sends incorrect readings, causing the air conditioner not to work correctly. Replacing the EVAP sensor should cost you at most $500, labor costs included.

The worst problem you can encounter in Tucson is transmission issues. 2016 and 2017 Tucson are the most affected by this issue out of all the model years.

Drivers complain that the vehicle would start with poor acceleration after a stop, jerk,  hesitate and then launch forward. Hyundai had to recall the 2016 Tucsons equipped with a 7-speed Ecoshift Dual Clutch Transmission (DCT) as they were the most affected by the issue.

The solution they preferred was reprogramming the DCT with updated software. It was adequate for some affected cars, but some drivers complained that it was only a temporary fix.

If your Tucson shifts erratically and the engine light is on, your speed sensor could be having issues. The reason why faults with the sensor affect shifting is because it is located within the transmission system. Replacing the sensor is inexpensive, so change it as soon as possible.

Engine failure is one problem you should look out for in Tucson. The most complaints about engine failure came from drivers using 2012, 2013 and 2014 models, leading to a recall campaign for the affected vehicles.

It is a thorny problem as drivers have reported the engine stalling in the middle of a drive on the highway before proceeding to fail at some point. The engine also made noises which distracted a lot from the ride’s comfort. Fixing the issue means replacing the engine, which costs at least $5,000.

Tucson is known to suffer software glitches sometimes, which delays acceleration, and recent models also suffer from this problem. It is frustrating and sometimes dangerous, with some drivers having near misses because of it.

At the moment, Hyundai does not have a solution for this problem. They offered some software updates, but it did not help. Instead, some drivers reported that the issue happened less when driving the car in manual mode.

The cause of the problem is an issue with the door actuator, which causes it not to return fully, leaving it unlocked. Spraying the latch with some WD-40 helps sometimes. However, you will need to replace the actuator if you still experience the issue after applying the WD-40.

The system has been known to have hiccups on the Tucson and other Hyundai vehicles. Drivers have complained of their vehicles giving them a scare with sudden brake engagement in the middle of a highway at high speeds. Others report that the system needs to be more sensitive to recognize danger before it’s too late.

The problem is attributed to issues with the software. Provided your warranty is still valid, you can fix the issue at a Hyundai dealership for free.

Which Hyundai Tucson years to avoid?

Tucson is famous for being fearless in incorporating new technologies and changes. Some of these changes are executed excellently, but some are different from what anybody expected. Therefore, when purchasing a Tucson, it would be best to pay attention to the model year to get a good bargain.

The second generation of the Hyundai Tucson was not its best. The problems they were prone to develop were quite severe.

Hyundai also had to recall many vehicles from the 2011 to 2013 model years for an oil pan leak. The leak increased the risk of engine damage and a fire outbreak.

They also had a severe issue with airbags which Hyundai had to issue another recall in 2014. The safety risk for the 2011 and 2012 Tucson is quite alarming. As such, they are best left alone as they are a significant hazard to a driver no matter how careful they are.

The 2015 model did not improve much and continued the dangerous trend. Drivers had to file a lawsuit against Hyundai for the vehicle due to the multiple cases of fire, stalling engine seizure and failure. Hyundai did not accept responsibility for the issue but settled the affected drivers.

The first two models of Tucson’s third generation carried over the problems of the second generation with some extra intensity. The top three issues the 2016 Tucson had were with the transmission, engine and speed control. Some drivers even describe the 2016 model as the worst Tucson produced.

The 2017 model was no better than the 2016 model. Most of the 2017 Tucson had defective rod bearings, which wear prematurely, placing drivers and their passengers at risk of a fire or engine failure. Hyundai had to recall all affected vehicles, which amounted to almost 100,000 cars, to have the rod bearings changed.

Among all the worst years Hyundai had encountered with the Tucson, 2017 tops them all. However, its main issue was identified and is more easily fixed than the others mentioned here.

The one model you should avoid at all costs is that of 2016. Its engine and transmission issues are severe and a huge safety risk. It is also one of the models with severe cases of acceleration problems.

When looking for a Tucson to buy, especially from the used market, it is essential that you know which models of the Tucson are the best so you spend your money wisely. Below are the best Tucson Hyundai ever produced.

The 2016 model marked a turning point for the Tucson lineup. Since then, Hyundai has significantly improved on Tucson, making it the best seller we know and love today.

Is the Hyundai Tucson worth buying?

Some drivers consider Tucson to be overpriced. However, comparing it with the competition reveals that they give value that equals the price to the last cent.

It also holds great resale value, making it an excellent investment. If you want to buy it from the used market, you will find it an advantageous vehicle. With the proper care and maintenance, the Tucson lasts up to 15 years on average.

Which year Hyundai Tucson is reliable?

The 2018 Tucson is arguably the best Tucson model Hyundai produced. It is also the most reliable.

What is the best Tucson model?

The 2018 Tucson is the best year for the Hyundai Tucson. It is the most outstanding, affordable and has the best reliability ratings. It marked a big turnaround for Tucson following the failures of the 2016 and 2017 models.

How long can the Hyundai Tucson last?

On average, the Hyundai Tucson lasts 15 years or 200,000 miles. With the proper care and maintenance, it can be made to last more.

Has Hyundai fixed the engine problems in Tucson?

Hyundai has fixed the engine problems Tucson commonly faces to a certain degree. Recent models have fewer engine issues than the old ones.