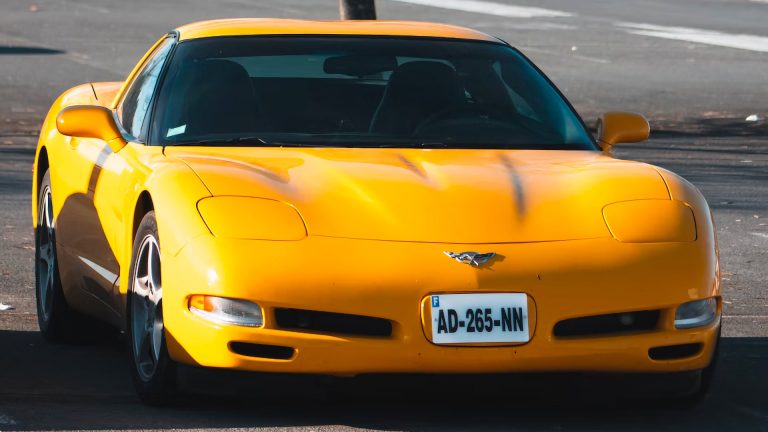 The Corvette C5 is always remembered as a synonym for innovation in the automobile world. The sports vehicle is one of the epitome for reliable performance. Though Chevrolet stopped its production in 2004, it keeps enticing the interests of car enthusiasts with its excellent delivery and affordable price.

Like other vehicles, however, the C5 has certain issues that are common to it. Some of its models have these issues in abundance or their severe forms. This article reveals the Corvette C5 years to avoid and which ones to consider when purchasing so you get an excellent deal.

All vehicles develop issues at some point in their lifetime. As such, there are certain problems the Corvette C5 is bound to have, especially while it approaches higher mileage. Here are some of the most common Corvette C5 problems you can expect.

The Corvette is notorious for its fast corroding ground wires, especially at the part behind the headlights. This corrosion affects many systems that rely on electricity in the Corvette, causing mishaps and developing into something severe if left for long.

Some C5 drivers have reported the lock behaving erratically. You can get a kit to repair it, as it’s a relatively straightforward fix. The kits are not 100% effective, so it’s best to take them to the mechanic or dealership to replace the offending lock.

The differential is what makes your wheels turn at different speeds. It is a crucial component because it creates a balance between the outside and inside wheels, which travel much faster.

The differential has a fluid that lubricates it to produce excellent results. If this fluid leaks, the vehicle may become undrivable.

If you are shopping for a C5, this is one issue you may come across. To fix it, you need to use a solvent to seal the leakage. Anaerobic sealants which do not need air to dry are the best for this situation.

Oil on the C5 is known to “disappear,” especially when the vehicle is going at higher revolutions per minute (RPMs). At these high RPMs, the piston ring hovers due to instability, allowing engine oil into the combustion chamber.

While the process of oil getting into the combustion chamber does not appear to cause long-term damage to the engine, you still have to be careful about this issue. If the oil level stays low for too long due to excessive use, you could have to deal with overheating and its consequences. In the worst cases, you may have to repair the entire engine.

It is common for the wheel bearings in the C5 to wear off and fall away. Drivers report hearing the rear wheels squeaking when driving slowly in a quiet location. Driving with worn wheel bearing stresses the brake and transmission system making it a hazard to your safety.

Therefore, you must recognize this issue early so you do not get to learn about it in an uncomfortable situation. The cost of replacing the bearing is below $500. It is best to have a professional handle the replacement for you and check to see if any damage was done to the transmission and brake system.

An easy way to tell there is an issue with the radiator is through burning smells and overheating. The heat is caused by the radiator being hindered from carrying out its responsibility to cool the engine.

Drivers have reported cases of plastic bags and other objects with a wide surface area getting sucked under the front bumper. These objects cover the radiator making it hard to do its job or stick to the exhaust pipes, giving off a burning smell due to the heat.

Please check those two compartments often to minimize your risk of overheating and the consequences it brings along.

Before deciding that your Corvette has climate control issues, it is best to check the air conditioner as it might be the problem.

Many C5 drivers have complained that the climate control system has serious problems. Sometimes, one side could be working perfectly and the other malfunctioning. Other times, the blend door is simply out of sync, or a compressor failure is caused by fluid leakage.

If you do not get any air pressure, your actuators could need a replacement. Also, your vacuum hose could be split or cracked, which would not allow air pressure to get out of the system.

It is best to take such issues to the mechanic, so they can be appropriately diagnosed and treated accordingly.

Drivers of C5s with a removable roof often experience creaking and wind noise. Though it is not a severe issue, it can sometimes be quite unsettling for some drivers and passengers. To fix this issue, thinly apply dielectric silicon grease to the weather strapping.

Furthermore, drivers have reported rattling noises in cold weather as the rubber hood stops rubbing against the hood. Lubricating the hood stops would also help with this problem.

The fifth and last generation of the C5 held a lot of memories. Though the best C5s came from this era, most other vehicles were problematic.

For one, the 1997 model had the most recalls among all C5s. Its biggest problem was its anti-theft system which often caused the steering wheel column to lock awkwardly. Even turning the factory-issued key in the ignition was enough to trigger the lock into place.

The number of complaints the Corvette C5 had ever received shot up with the 1998 model. It had inherited most of the issues the 1997 model had, especially steering lock and power steering issues. It also had multiple problems with the tie rod assembly and fuel leakage.

The 2001 C5 had only a few issues, but these issues were quite grievous ones. Chevrolet had just introduced a new coil-on-plug ignition system which required routine maintenance as it kept causing engine misfires.

Drivers also remember the 2001 C5 for its excessive oil consumption and leaking battery issues. The level of damage these issues did to other components and the repair cost makes the 2001 C5 one vehicle you should avoid altogether.

Chevrolet ended the C5 series with the 2004 model for the issues it presented. The 2004 model may have been the last straw, as the financial matters the vehicle presented to the manufacturers caused its end.

The 2004 model had a few issues. But like the 2001 model, the few issues it had cost a lot to repair. The biggest problem was a malfunctioning fuel system due to defective fuel sensors inside the gas tank.

There was also the risk of overheating on the 2004 C5 because of leaks in the water pump. Repairing both primary issues is very expensive, making it one model you should avoid if you wish to save money.

Despite its bow from the industry years ago, some C5s are still worth buying. Here are the best Corvette C5 years you could consider some time.

These models suffer less from the prevalent steering wheel lock issue that disturbs most other models. Interestingly, the 2003 C5 was quite futuristic for its time. The tweaks and upgrades it had could compare favorably with more recent models of sports cars today. For such improvements to be possible, the C5 must have had a very reliable and sophisticated platform.

Is the Corvette C5 worth buying?

The Corvette C5 is one vehicle that offers you optimum value for your money. Its price-to-performance ratio is higher than most of its competitors and even some modern cars we see today. It also has an excellent resale value and is one car you would stand to profit from if you are into car flipping.

The Corvette C5 can last 200,000 miles or more with the right care and proper maintenance. Before you find a suitable C5 to buy, consider the possible problems it is prone to developing and wrap your maintenance routine around that.

What problems does the Corvette C5 have?

A malfunctioning steering column lock is one of the most common problems you should look out for on the Corvette C5. The vehicle is also commonly known to experience electrical issues and excessive oil consumption. If you do your research before getting one, you will be able to find a model that does not have these issues at all or in its severe form.

What is the most reliable year for the Corvette?

The 2003 C5 is the most refined and reliable Corvette C5 model you can find. The 2004 model was the best because of its minor issues that required a lot of money to address.

Is the Corvette C5 increasing in value?

The prices of the Corvette C5 are increasing as they are becoming rarer and older. This vehicle is a timeless treasure, especially if you get one of the best models available.

Corvette C5s are one of the most reliable sports cars of their time. While its competitors could not boast of passing the 30,000 to the 40,000-mile mark without complications, the Corvette C5 could go up to 100,000 miles without serious issues or no issues.