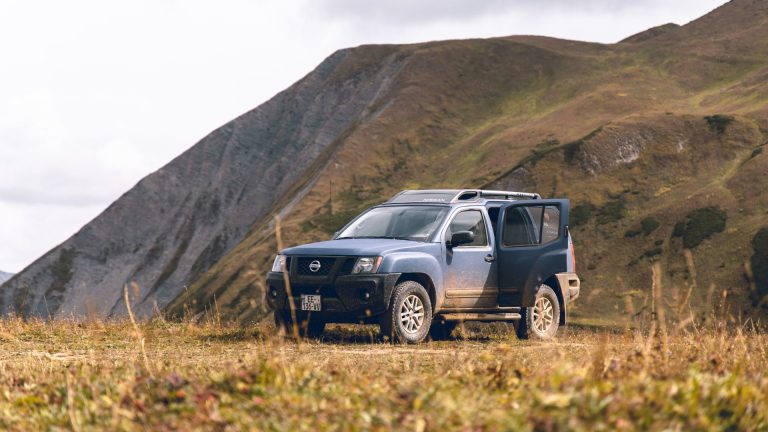 Though the Nissan Xterra was discontinued, drivers still remember it for its affordability and average reliability. Poor sales and fuel economy, plus the expensive cost of upgrading its emissions and safety system to meet general requirements, made Nissan discontinue the Xterra. Despite that, the Xterra would be a good option if you are looking for an affordable used truck from Nissan.

Xterra’s reliability status implies that you are getting a good bargain. However, you must be careful when selecting a model to buy as some deviate from Xterra’s reputation of reliability. This article presents the Nissan Xterra years to avoid and which make a profitable purchase.

Certain problems are common to every vehicle. You need to be fully aware of these problems to draft and implement a good maintenance routine that would double as a preventive measure to reduce the possibility of such issues.

Here are the common problems the Nissan Xterra is prone to developing.

Undetected radiator leaks are one of the worst things to happen to any Xterra owner. It causes transmission failure and engine overheating when left undetected for too long.

The 2005 Nissan Xterra is most notorious for having this issue. Drivers had to repair the leaks and replace their lower intake manifold to resolve the problem.

Inaccurate fuel gauge readings may not seem to be much of a problem, but on the Nissan Xterra, they are indicators of a bigger problem. The incorrect reading is usually caused by a faulty fuel level sensor which causes the engine to stall or the car to run out of gas quickly.

It is a dangerous issue, especially when driving on the highway or in fast-moving traffic. Xterras produced between 2001 and 2011 had this problem in excess, with that of the 2006 to 2008 models at an alarming rate. As a result, Nissan had to issue a recall and subsequently addressed the issue such that Xterras produced after 2011 were devoid of this problem.

Most of the transmission problems that the Xterra encounters are due to unchecked radiator leaks.

Because of this problem, drivers of the Xterras have experienced delayed engagement when shifting, erratic engine behavior, excessive grinding and noise during a gear change, gear slippage, and visible fluid leaks accompanied by a burning smell. The problem is worse for the 2005 Xterra.

To help prevent the worst parts of this problem from manifesting, you must keep an eye on your radiator’s fluid levels and inspect the entire vehicle if you notice the slightest of these symptoms.

Some models of the Nissan Xterra are known to struggle with problems caused by faulty fuel injectors. These problems include but are not limited to engine misfires, rough idling, poor acceleration, decreased fuel economy, and excessive shaking. They all sum up to affect Xterra’s performance and ride comfort.

It is important to note that repairs for a faulty fuel injector should not be delayed as the symptoms tend to get worse with time. You might face more severe problems like engine damage if left for too long.

Again, the 2005 Xterra is well-known for its timing chain issues which often contribute to engine failure if left unchecked. Drivers typically experience reduced power output and acceleration, burnt smells when accelerating, and grinding or whining noises emanating from the engine.

Following the complaints, Nissan corrected the issue in recent models. However, if you plan on buying an older model, it is best to take note of the problem and be wary.

The responsibility of the exhaust gas recirculation valve is to control the amount of gas getting into the exhaust system according to the engine load. A clog in the valve reduces the fuel efficiency of the vehicle and reduces power and acceleration while increasing the amount of vehicle emission.

The EGR valve of the Nissan Xterra often gets clogged with buildups of carbon which cause engine misfires when the car is speeding. Fortunately, cleaning the valve passages and the EGR valve is an easy fix for the issue.

Which Nissan Xterra years to avoid?

Some Xterra models promote the model’s credibility and give it a chance in the market. Those models have proven to be worth the money, while others need repair and a little more cautious maintenance to flourish.

Being the last vehicle of Xterra’s first generation, it is surprising that it would be less reliable than the first five. It does not have many complaints, but its major problem is severe and costly to repair.

The 2004 Xterra was notorious for having radiator leaks that branch out to affect the transmission system negatively. The cost of repairing this issue towers above $4,000, which is a significant deterrent for any driver, especially one looking to buy an Xterra off the used market. Furthermore, the safety ratings on the 2004 Xterra leave much to be desired, and it is pretty low and suggests inadequate protection in a crash.

The second generation of Xterras began with over 400 complaints, with the first model in the line declared the worst Nissan Xterra to avoid. Nissan had to recall several 2005 models with the most severe issues.

The 2005 Xterra inherited the radiator issue of the 2004 model, which often progressed to transmission problems. Another severe problem was with the timing chain, which cost almost $3,000 to fix. It also had most of the common issues the Xterra is bound to have enshrined in it alone.

The 2005 Xterra was a frustration for drivers as the cost of repairs subtracted a lot from the car’s value.

Though the issues of the model years following the 2005 Xterra pale in comparison, they were no better too. The 2006 Xterra seemed to have only gotten rid of the less serious issues while inheriting the more grievous ones like the leaking radiator and the faulty timing chain. It would mostly be remembered for its timing chain problem, as it was the worst hit.

The last two are the ones you should keep an eye out for the most. They have more recent technology and fewer problems than all the other models. The other three mentioned hold their ground well and require less strenuous maintenance schedules and repairs.

Is the Nissan Xterra worth buying?

The Nissan Xterra is worth it if you can get your hands on the last two models. Most of its reliability issues affect its models in the first generation and the first four of the second generation. Sadly, the Xterra line had to end just when it began to show significant improvements due to poor sales and the high cost an upgrade would have cost Nissan.

Nonetheless, the last model of the Xterra has shown us what Nissan had in mind for the vehicle. Therefore, if you are looking for a used Xterra, try your best to get the 2015 model so you can adequately enjoy the Xterra experience.

What year Xterra has transmission problems?

The 2005 Xterra had the most transmission problems due to its severe radiator problem. It was the worst one yet and should be completely avoided.

How long can a Nissan Xterra last?

The Nissan Xterra can last up to 200,000 miles. With proper care and maintenance, it can last for much longer.

Why did they stop making Xterras?

Nissan stopped production of the Xterra in 2015 due to its poor fuel economy, diminishing sales, and the expensive cost of the compulsory upgrades the vehicle needed for its emissions and safety systems.

Will the Xterra return?

There is little to say about the return of the Nissan Xterra. However, some news speculates that Nissan plans to make a massive comeback for the Xterra with a 2024 model. If Nissan goes ahead with this plan, we expect a Nissan Xterra with the strength and charms of the 2015 Xterra upgraded with a more modern approach.