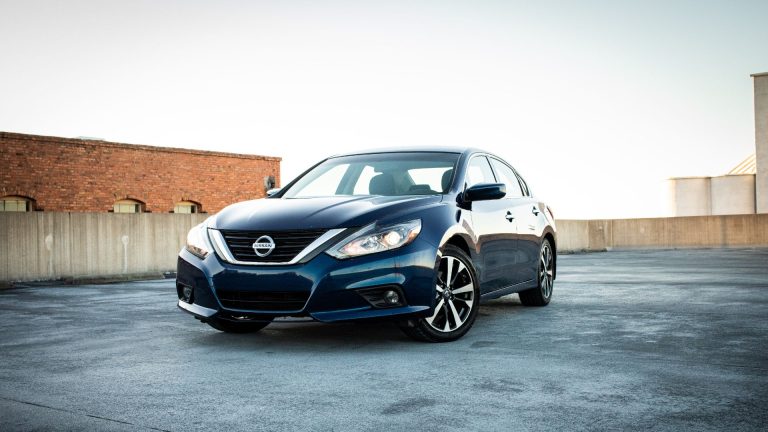 The Nissan Altima is a mid-size economy sedan with outstanding gas efficiency and strong safety ratings. Depending on the model year, the Nissan Altima has varying levels of reliability. Nissan produces these cars on a large scale, uses cheap parts, and the Altima has a low resale value, contributing to its low pricing.

Some models, however, have been plagued by mechanical issues. Some, on the other hand, are incredibly dependable. As a result, you must select the correct Nissan Altima model. As with most mass-produced cars, models from one year outperform those from another, and the Nissan Altima is no exception. Here are some Nissan Altima years to avoid and their most common problems.

Even though the Nissan Altima has been rated as one of the most dependable mid-size cars for many years, this does not mean you will not have any problems with your Altima. Some Altimas problems are common for the average owner to encounter at some point during their ownership of this vehicle.

The transmission is the most common and potentially most expensive problem with your Nissan Altima because the Altima has a continuously variable transmission or CVT. Owners have reported delayed throttle responses, jerking responses from the car when attempting to accelerate, and, in some cases, a complete transmission breakdown.

The following are the most frequently reported issues for various Altima models:

Many Nissan Altima owners have complained about transmission problems, claiming that the CVT slows down the throttle and causes shuddering or jerking while speeding up. In some cases, the transmission of the Altima completely failed.

Nissan Altimas with the 3.5-liter V6 engine frequently leaks oil from the cooler o-ring. If the leak persists, the engine will begin to make strange noises as the oil pressure level drops.

The oil filter is directly connected to the cooler in the engine. Carelessly removing and replacing the filter can damage the cooler’s seal, allowing engine oil to leak from the cooler.

You may need to replace the o-ring or the entire oil cooler, depending on the severity of the leak. Use extreme caution when removing or replacing the oil filter to avoid damaging the cooler’s seal.

The Nissan Altima’s engine has additional faults than stalling. There have been instances of the engine not starting or starting slowly. Occasionally, the vehicle would abruptly stop on the road and refuse to start. The engine may not turn despite cranking due to a leak in a malfunctioning distributor operated by the camshaft.

The Nissan Altima has a history of engine problems, and they originally appeared in the 1993 model year and afflicted every model year until the 2008 Altima. Similar engine issues also affect the Nissan Altima models from 2010 and 2015.

Early on, fuel pumps on Nissan Altimas have been noted to have issues. They noticed some warning indicators, including trouble starting the engine, severe vibrations, and stalling while moving slowly.

Nissan announced a recall to replace the fuel pump in the affected vehicles for the model years 1991 and 1993 of the Altima and those from 2001 to 2015.

Additionally, some 2019 models have been recalled due to a fuel pump retention clip that needed to be properly latched. This clip connects the high-pressure fuel pump with a low-pressure fuel hose. If left unlocked, it could result in fuel leakage, engine stalling, and an elevated fire risk.

It is essential to swap out a damaged catalytic converter as soon as possible. Otherwise, the catalyst’s components can be dragged into the engine and damage its internal components, costing you another pricey repair.

Drivers of the Nissan Altima frequently express their dissatisfaction with this problem. Several instances of engine stalling have been reported while the car is in motion, while some reports of it happening while the car was motionless.

It’s challenging to immediately identify the precise cause of an engine stall right away because there are numerous potential causes. A malfunctioning crankshaft or camshaft position sensor is one potential problem for the Nissan Altima. The engine may perform less effectively or shut off if either sensor stops providing reliable data to the power control module.

Which Nissan Altima years to avoid?

Even while every car offers a unique experience, some experiences you do not wish to have.

The Nissan Altima has a few years that are best avoided. In comparison to other years, these years typically have more reported issues. Transmission, engine, and electrical difficulties are the most frequent faults with the Altima.

We chose to discuss them in this article so that you might avoid them because these years have given their users such unfavorable experiences.

The Nissan Altima’s problems began with the 2002 model, which became notorious for engine problems. These problems were attributed to the engines using too much oil.

The engine in a 2002 Nissan Altima would need to be replaced after 97,000 miles on average. Unfortunately, Nissan Altima owners will have to pay more than $3,300 on average for this repair.

Given this, it is not surprising that the 2002 Nissan Altima received a high number of complaints, the vast majority of which were engine-related.

If you are considering purchasing or owning a 2002 Nissan Altima with close to 90,000 miles, you should keep in mind that the engine may need to be repaired soon.

While the engine problems in the 2002 Nissan Altima remained, customers also experienced rusting floor pans, motor mounts breaking, the car shutting down while driving, and a timing chain tensioner failure.

Nissan corrected many issues that plagued the 2002 and 2005 models with the 2009 Nissan Altima model. However, a new problem emerged. The car’s inability to start was the most severe issue, which was traced back to a faulty electronic steering column lock (otherwise referred to as ESCL).

Other issues with the 2009 Nissan Altima included transmission problems and accessory problems. The most common complaint, however, was the car’s inability to start.

The fifth generation of Nissan Altima cars debuted in the 2013 model year. Nissan, regrettably, had to deal with the same issues in a new era. Yes, those issues with the engines were still present.

The 2013 Nissan Altima’s most significant problems were transmission-related. The usual transmission replacement interval is between 150,000 and 200,000 miles; thus, many Altima owners would have to replace theirs after only 55,000 miles. The average cost of a new transmission for these unfortunate owners would be nearly $3,000.

As you can expect, there were many complaints about the 2013 Nissan Altima, with transmission issues being the main one.

In essence, the 2014 Nissan Altima carried on the 2013 model’s tradition of having a terrible transmission. Whining and vibration were still frequent, as well as the possibility that it may finally stop functioning altogether.

The component would need to be replaced, which would cost a lot of money.

Since its introduction to the market in 1993, the Nissan Altima has been a dependable and reasonably priced mid-size car.

Although it has undergone numerous redesigns throughout the years, families and commuters continue to favor the Altima. What, then, are the Nissan Altima’s best years?

Although the early Altimas lacked some of the modern models’ bells and whistles, they were dependable vehicles. In many aspects, the Altima’s second generation, produced from 1998 to 2001, was an upgrade over the first. These cars used less fuel and featured more standard equipment.

They were also highly dependable vehicles with little-known issues. Focus on these later model years for the best balance of price, features, and dependability when shopping for a used Nissan Altima.

Is the Nissan Altima worth buying?

Customers have recognized the Nissan Altima as a dependable car since it debuted in 1993. It is a generally reliable and safe vehicle that ranks 11 out of 24 mid-size automobiles, which puts it in the middle of the class.

Although Nissan Altimas are known for their reliability issues, their dependability varies from year to year though. While specific models from a given year have a high-reliability rating, some don’t.

However, the Nissan Altima (particularly the newer model years) is a good, pleasant car with room for five passengers. It has some cutting-edge technologies and driving aids to provide an immersive experience.

Pay attention to the Nissan Altima if you’re searching for a cheap, secure commuting car. The most recent versions have respectable dependability ratings and even come with a turbocharged engine, although they may not be glamorous.

If you’re on a tight budget, consider a used Altima. Because of their rapid depreciation, a used model is even more affordable. The Nissan Altima excels at what it does, getting you from point ‘A’ to point ‘B’ at a reasonable price.

What year Altima is most reliable?

The 2012 Nissan Altima has excellent reliability, and there have been few complaints.

Most complaints are about the 2013 Altima’s faulty CVT transmission system. Many customers have reported that the transmission becomes stuck while driving, forcing them to stop and restart the vehicle. With the model now out of warranty, repairs can cost up to $3,000.

What is the biggest problem with Nissan Altima?

Misfires, rough idle, transmission issues, and check engine lights appear to be the biggest problems with the Nissan Altima.

Some Nissan Altima owners may experience misfiring, jerky idle, or an illuminated check engine light on the dashboard around 150,000 miles.