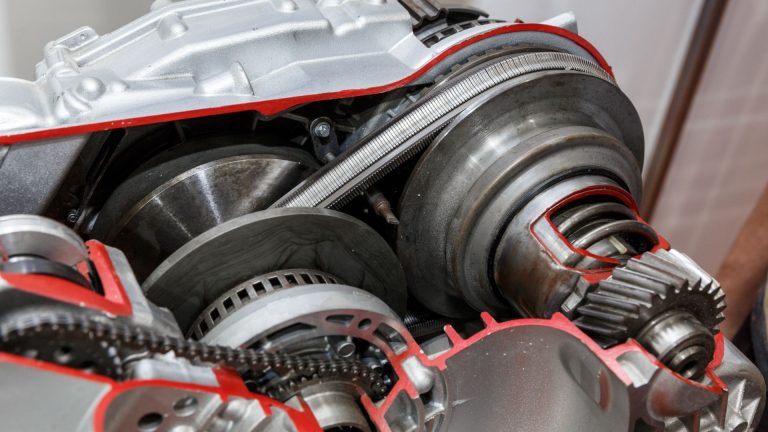 A CVT is a type of automatic transmission that uses a pulley and belt system to provide an infinite number of gear ratios. This means that the engine can always operate at its optimal RPM level, resulting in improved fuel economy.

CVTs are often found in smaller vehicles such as subcompacts and hybrids, but they are gradually becoming more common in mainstream cars as well. One advantage of CVTs is that they tend to be more efficient than traditional automatic transmissions with fixed gear ratios.

Another advantage is that CVTs can provide a smoother driving experience since there are no discrete gear changes. However, one downside of CVTs is that they can sometimes result in a “rubber band” feeling when accelerating, where the engine revs up but the vehicle doesn’t necessarily accelerate at a corresponding rate.

The belt or chain is always in contact with both pulleys at all times. This creates a “continuously variable” transmission, as there are an infinite number of gear ratios possible. The transmission can be tuned to provide the optimal ratio for any given driving condition.