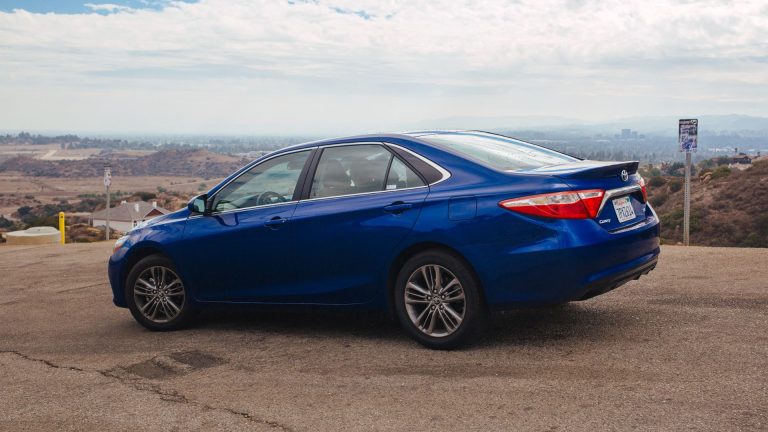 The Toyota Camry ranks as one of the best midsize sedans for many reasons. It contains one of the most straightforward understood systems of controls, which are less complicated than that on most vehicles. Additionally, its ride quality is excellent, and it has one of the best fuel economies.

However, some models of the Toyota Camry are best left alone. These less reliable models stray from the standards the Camry has set for itself in the market and make driving a less desirable chore. This article will reveal the Toyota Camry years to avoid and why.

Before owning any vehicle, one must know what problems they are prone to develop. For all its sterling qualities, the Toyota Camry is no exception, and below are the most common issues you can expect from a Camry.

The always-on Anti-lock Braking System (ABS) light might seem the most manageable issue on the list as it is a warning. It ensures the wheel does not lock up when the brakes are used. However, driving with an engaged ABS is dangerous as it prevents the brakes from engaging correctly.

The Camry’s brake issues resulted from defective actuators, a damaged ABS module, and some failed braking parts. These problems either happen alone or in pairs sometimes.

If you suspect your car’s brakes are not working correctly, park it and do not use it until the issue is addressed. Operating a vehicle with faulty brakes is dangerous to yourself and the people around you.

The most inconvenience many Camry drivers had suffered from the vehicle was starter issues. The probability of the Camry never starting again is high after some miles of usage.

Dead batteries have been identified as the root cause of most of the Camry’s starter issues. The other possible explanations are a faulty alternator or starter, and the defective component is usually replaced to fix the problem. However, sometimes, repairing or sanitizing the ignition or fuel system might do the trick.

To date, the Camry is known for its frequent transmission problems. The discomfort they cause includes a burning smell, whistling noises from the hood, grinding, stalling, leaping during low-gear acceleration, shaking while moving and shift delays.

Transmission slippage is not strange to the Camry and is harmful, especially when the vehicle downshifts on a highway. Changing gears was also a problem for many drivers of the Camry, as any move to change gears often resulted in the Camry wobbling or lurching. Others complained of the long wait they were continually subjected to while changing gears so the gear would engage.

In worst cases, the transmission is prone to fail, especially when the vehicle is in a line or at a traffic light. Drivers have had to tow the Camry in situations like this as nothing could be done as an alternate measure to get it running before driving to get help.

The cause of these transmission problems varies with the Camry model concerned. For many, it is caused by a torque converter malfunction, while a malfunctioning power control module causes the remaining case.

You must arrest transmission issues before they get out of hand. Worst-case scenario, you may have to get a new transmission which costs a lot or pay for the old transmission to be rebuilt using new components.

Toyota Camrys of the 2006 to 2011 model years have had the most severe complaints about their oil use. Drivers complained that the vehicle consumed up to a quart of oil every 1,200 miles, requiring absurdly frequent oil changes.

When not properly managed, the issue caused smoke to ooze from the exhaust pipe and the Camry to have a sluggish acceleration with reduced performance. For more severe cases, the Camry has been known to have a catalytic failure, early stalling, and engine seizures. The worst-case scenario is the engine blowing up or knocking due to the low oil levels.

The excess oil consumption, unlike many other vehicles, is not caused by an oil leak anywhere in the engine but by an engine problem. Technical analysis of the issue pinned it down to malfunctioning piston rings and oil pistons. For that reason, Toyota offered to install updated piston assemblies in the affected vehicles, which were still within their warranty.

If your vehicle is not eligible for the warranty, the options you have to deal with the issue are pretty simple. You can routinely check the oil level and keep topping it when it goes low, or you replace the piston rings and oil pistons. You can rebuild the engine’s damaged components or completely replace it for a more permanent solution.

The cover for the rear speakers on the Camry crumbles or breaks after prolonged exposure to the sun. Without the cover to protect it, the probability of the speaker deteriorating due to direct exposure to sunlight is high. The best action is to notice the issue on time and change the covers before they become completely useless.

The air conditioning vents of some Camrys have been reported to release a musty smell. It was a particularly prevalent issue for the 2012 to 2014 Camry models. It was so bad that drivers filed a class-action lawsuit against Toyota about the vents, possibly encouraging mould development.

Furthermore, drivers reported that the AC compressor or heater stopped blowing hot air. The fix for this issue was easier as drivers only had to replace the faulty part and a thorough AC servicing to deal with the musty smell.

Which Toyota Camry years to avoid?

The sixth generation of the Toyota Camry suffered the most from problems and complaints. The very first vehicle of the generation – the 2007 model – is considered the worst in the entire lineup.

One of the most severe issues the 2007 Camry had was with its automatic transmission. It always required a replacement much earlier than the average vehicle did. It also had engine problems and power steering issues. Its problems were not that outstanding but numerous, making it an inconvenience.

The number of complaints the 2008 model had was fewer, but there was not much improvement in the major issues that plagued the Camry at the time. For one, it still inherited the transmission and check engine issues of the 2007 model. It also had a problem with the ignition coil which always failed after 100,000 miles.

The 2009 Camry still inherited the transmission and check engine light problems from the previous model years. In addition, it was most susceptible to engine problems caused by sludge buildup when oil was not changed on time.

Drivers who were unfortunate to buy any of these three models, especially that of 2007, spent a lot on repairs and replacements. They are best avoided, especially when purchasing a used vehicle, so you only pay what you should for maintenance.

Among all the Toyota Camrys, some stand out. These models have the best reliability rating and deliver the best experience from the Camry. Here are the five best Toyota Camrys you can get.

Is the Toyota Camry worth buying?

The Toyota Camry is an excellent bargain and worth your money. All its models are easy to operate, their rides are outstanding and comfortable, and the handling is superb. It is also durable, lasting up to 300,000 miles with the proper care and maintenance.

If you love investing in cars, the Camry is one of the best options you would get for midsize cars. It has a high resale value and good demand in the market.

What are the worst years for Toyota Camrys?

The worst years for the Toyota Camry are 2007, 2008 and 2009. They are all of the sixth generation and received the most complaints. The 2007 model was the very worst, with the most problems.

Which Toyota Camry model is the best?

The seventh generation of Camrys turned out to be the best in the entire lineup, with the 2016 model being the overall best. It is the most dependable, reliable and safest Camry and comes highly recommended for teenagers.

What year Camry to not buy?

What to look for when buying a used Toyota Camry?

When buying a Toyota Camry off the used market, consider the seventh and eighth generations more and mileage just below 100,000 miles. More preference should be given to the Camrys of the seventh generation.