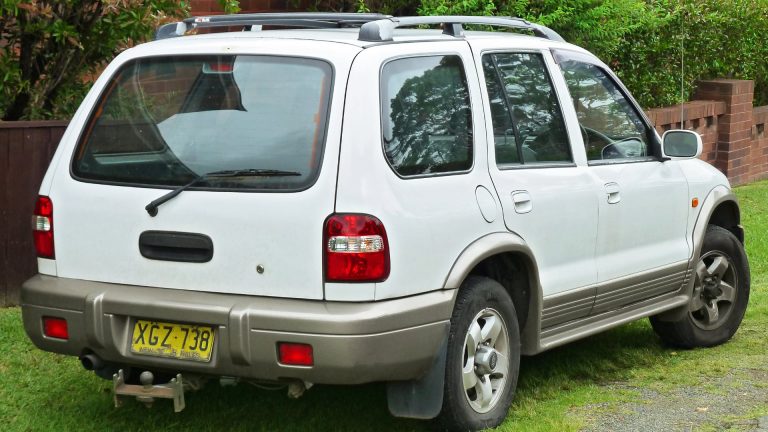 The Kia Sportage is a quirky compact crossover that made its debut in the US for the 1998 model year. It is renowned for its excellence, sturdiness, and outgoing appearance and is equipped with various driver-assistance technology. It is easy to become lost in the wide range of automobiles available, but the Kia Sportage has a name for itself and has built a solid reputation.

This makes it stand out amidst the sea of Sports Utility Vehicles that are now on the market, despite its ups and downs and the fact that only some models are that wonderful. You should be able to determine the best and the Kia Sportage years to avoid with the aid of this article.

There have been several issues with the Kia Sportage ranging from minor to major ones. Here is a list of these problems:

One problem the Kia Sportage has is engine failure caused by a faulty engine sensor; This problem can completely shut down the engine or make it lag. Another common engine problem is excessive oil consumption. Because the Sportage’s engine piston rod is not adequately secured, the engine knocks.

The Kia Sportage’s most common cooling system issue is a leaking radiator. However, the cooling system has other components, like the water pump and thermostat, that is likely to fail. Ignoring the leak can cause engine overheating.

An electrical problem is another issue the Kia Sportage is known for; this issue is a result of a faulty battery or alternator. If the battery is defective, it will fail to provide power to the vehicle’s electrical system, which can cause the light to dim, the radio to cut out, and the engine to stall. The alternator powers the battery, and if it fails to do so, all the problems mentioned earlier will occur.

The Kia Sportage is known to have issues with its interior and exterior designs due to poor craftsmanship. The interior problems range from loose trims to faulty door handles, and the exterior matters were faded paint and cracked headlamps.

Which Kia Sportage years to avoid?

The Kia Sportage has other superb years, but there are still some very problematic ones. To have a smooth expensive with Sportage, you need to steer clear from the years listed below;

The 1998 and 1999 models had different concerns from owners – electrical failures, engine problems, and fluid leakage. The most prominent being frequent engine failure and starting inability. There were other complaints where the owners perceived a fuel-like odor from the hood. This problem is often followed by knocking while driving, buckling, and power loss.

The owners of the 2001 model’s primary concern were the faulty gas tanks that leaked and other engine-related problems.

The major problem with the 2006 model is the airbag. The airbag warning light will come on without any sign of faults. Many owners will opt to change the passenger seat to fix the airbag issue, which can cost about 2000 dollars. Sadly, the problem might not go away in the end.

Like every other model year, the 2011 model has engine-related problems. The owners gave reports like sudden engine stalling and the warning light illuminating. This model year also has failures starting even after multiple attempts.

The 2012 Kia Sportage has many complaints and issues and significant issues that are very expensive to fix. The major problem with this model year is the engine issues that range from the vehicle shutting down while driving to unwanted sounds. The 2012 Sportage also has a history of recalls, the most recent recall, titled “engine damage may cause fire,” was received in 2020.

The 2013 and 2014 models had similar issues as the 2012 models though a bit less frequent. This model year also has a few recalls; the most recent happened in 2018. Additional problems with the 2013 Sportage are electrical, drivetrain, fuel system, and suspension problems.

The 2017 Kia Sportage had several engine failures and excessive oil consumption complaints while in motion. In most cases, significant repairs or complete engine replacement is the solution.

Here is a list of the best Kia Sportage model years:

The 2023 Kia Sportage is distinguished from the list of other compact crossovers with its very extroverted styling. The Kia’s uncommon front features a set of strange-looking headlights and a distinct grille design. Its bodywork is dimensionally bigger and bolder than before, implying the luxury of space and a roomier interior.

Although the 2023 Sportage’s interior is stylish, it is also loaded with technology. These tech features include a sizable dash-mounted screen, a four-cylinder engine with 187 horsepower, a hybrid powertrain with 226 horsepower, or a more potent plug-in hybrid vehicle with an estimated 34 miles of the electric range that provides the motivation.

Compared to fresher rivals, the 2022 Kia Sportage shows its age, but the compact crossover still has a stylish design and endearing driving characteristics. In the interim, Kia wants to maintain customer satisfaction with the SUV’s stylish and well-made cabin, which makes up for its modest luggage space with enough passenger space. Although the four-cylinder engine’s standard performance is adequate but unremarkable, a more potent turbocharged variant is offered for nimbler mobility. These make the 2022 Sportage enjoyable.

The 2021 Kia Sportage scores high marks for style and sportiness. Also, Its cabin is attractive and has plenty of room for passengers. The 2019 Kia Sportage makes an effort to stand out in the fiercely contested compact-crossover segment with its distinctive exterior styling and fun driving characteristics. The 2010 Kia Sportage provides good riding quality, a fantastic warranty, a reasonable base price, and much more if you’re searching for a dependable SUV.

The oldest vehicle on this list is the 2008 Kia Sportage, which was widely regarded as one of the most excellent small SUVs at its release. This model year’s owners claim their vehicles have traveled 200,000 miles without experiencing any severe issues or defects (given that the users observed the proper maintenance protocols).

Is Kia Sportage worth buying?

The Sportage is loaded with features and feels like a decent value for the money, but its rivals have a better price advantage. However, it offers a stylish cabin with excellent build quality and specific high-end amenities like ventilated seats that some competitors can not deliver.

What is the main problem with Kia Sportage?

The Kia Sportage’s engine is a well-known source of trouble for the vehicle. While moving, the engine has been known to idle or stop altogether, which is not only annoying but also a sign of an unhealthy engine.

Is Kia Sportage a reliable car?

Several elements, including serious problems, repair costs, and how long a car can generally endure, affect a car’s reliability. The Kia Sportage stands out in each area because of its long lifespan, low repair costs compared to other vehicles in its class, and few to no problems in some models.

Which Kia Sportage engine is best?

The more recent Kia Sportage comes with a 1.6 L, 4-cylinder T-GDI engine capable of 261 horsepower and can be set up with either a six-speed automatic or a seven-speed dual-clutch transmission.

Since it’s the newest engine available, you can be sure that it includes enhancements that make it highly dependable and worthwhile to get the most recent Kia Sportage models.

What year Kia Sportage is being recalled?