Speedometer not working — causes and fixes 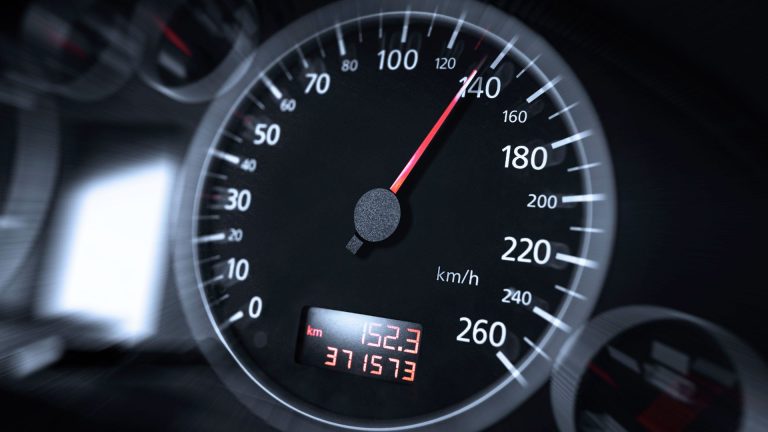 In everyday driving, we often overlook the importance of dashboard lights and gauges that make the drive easier. The same goes for the speedometer that helps you figure out your driving speed and avoid earning speeding tickets.

It also helps set the speed via cruise control, so if you spot the speedometer not working, it can be a genuine issue. At least you can still keep driving, but it’s worth inspecting the problem and fixing the gauge to make driving easier again.

How do speedometers work?

In the early age of the automotive industry, there was no need for speedometers since cars could barely achieve speeds of 30 mph. However, with the introduction of modern engines and road infrastructure, it’s possible to drive at a much higher speed.

The speedometer is essentially an assistive gauge since any experienced driver recognizes the driving speed based on the RPM range and transmission. If you know your car well, you’ll be aware of the speed your engine achieves at a set RPM range of certain gears.

Still, the difference between driving at 60 mph and 90 mph isn’t as noticeable as driving at 30 mph and 60 mph. So, why bother assessing the driving speed yourself when you can simply take a look at the gauge? It’s especially important to have an operational gauge to prevent driving over the speed limit.

Speedometers can be mechanical and electronic in modern vehicles. A mechanical speedometer consists of a cable that physically attaches to the transmission shaft. As it rotates, a part attached to the cable also rotates and the magnet creates a magnetic field and tracks these rotations.

The needle on your speed gauge is connected to the magnet and moves accordingly. Electric speedometers use a speed sensor to determine the driving speed and the sensor is also attached to the transmission shaft.

There’s a disk that rotates along with the shaft and it causes the magnetic field induced by the coil to vary, and these variations are reported to the engine control unit (ECU). That information is translated onto the dashboard and you can see the physical movement of the needle according to the speed.

There are several reasons behind a seized speedometer you can inspect in case the gauge malfunctions. You’ll want to fix the speedometer to keep driving according to the speed limit and these are the main causes that could lead you to solve the problem:

To avoid facing a penalty for speeding, you can use your phone’s GPS to track the speed until you fix a speedometer. Of course, you should only use it mounted on a phone holder but the accuracy should be on point. This is because even factory speedometers in your car are not completely precise.

There’s a difference in the speedometer readings that could go up to 5% misalignment when compared to the genuine speed that your wheels are rolling.

Cars with automatic transmissions use the information brought to the ECU by the speed sensor to determine the precise moment of gear shifts. It’s due to the torque converter that engages its clutch at a certain speed determined by the sensor.

So, a failing speed sensor can result in more damage than just a bad speedometer. The sensor can fail simply due to high mileage as the plastic components and the magnet wear off. Also, it can be a result of an electrical short that causes the sensor to malfunction.

The engine control unit is the main computer of the car and it uses data brought in from various sensors to control gas emissions, fuel injection, and other important systems. In electronic speedometer systems, the ECU uses data from the speed sensor to help move the needle.

In case of a bad ECU, not only will your speedometer likely stop working, but the fuel injection timing can also be compromised. Either way, you’ll probably notice other signs of a bad ECU like poor engine performance and increased gas emissions if that’s the reason why your speedometer stopped working.

Especially in the case of an electronic speedometer, the culprit could also be bad wiring, connections, or a blown fuse. Electrical connections can be damaged due to a poor battery charge or simply due to wiring that wears off over time.

There’s also the possibility that a blown fuse is the culprit, so you can check the fuse box in your car’s interior or under the hood. You can use the information from the owner’s manual to find out the exact location of a fuse box in your vehicle.

As mentioned, the mechanical speedometer uses a cable to move the needle and a damaged cable could result in speedometer malfunction. The cable gets worn and sometimes can lead to varying speedometer needles.

A fluctuating needle can be the first sign of a bad mechanical speedometer, so you should have it checked as soon as the problem occurs. You might also see the speedometer needle not moving at all, or being stuck in position regardless of the driving speed.

Finally, the last symptom of a bad speedometer cable is a squealing noise coming from behind the dashboard which signals that the cable has worn off.

Overall, if your speedometer is not working, it’s not a crucial problem that affects your driving. Still, you’ll wish to fix it as soon as possible, since it’s illegal to drive without a working speedometer in some states. Also, it makes it much more difficult to track the driving speed and respect the limit.

Hopefully, this guide helps find the reason behind the malfunctioning speedometer and fix it as soon as possible. Check the speed sensor in case of an electronic speedometer fails, or the cable in case your car uses a mechanical one.

How do you fix a non-working speedometer?

Can I still drive my car if the speedometer doesn’t work?

Yes, you can still drive your car if the speedometer doesn’t work, but it’s much more difficult to stick with the speed limits and avoid earning a ticket. You might also not be able to use the cruise control that operates based on the speed sensor.

Can a blown fuse cause speedometer not to work?

Yes, a blown fuse can cause the electrical connections to fail and it might be the reason why your speedometer isn’t working.

Is it expensive to fix the speedometer?

It could be expensive to fix the speedometer based on the exact repair that needs to be done, as the repairs range from $200 to $500.