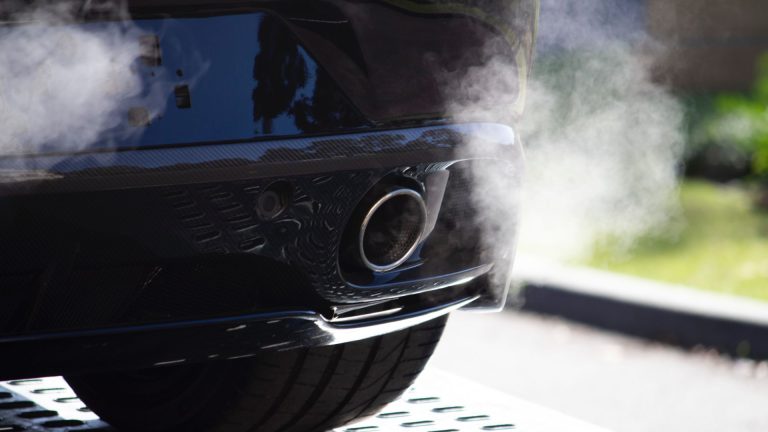 One of the most common problems you might spot in your car is the “check engine” light glowing up on the dashboard. While it’s sometimes caused by serious engine issues or low oil, it’s sometimes also the result of a bad or leaking EVAP system.

If you aren’t familiar with it, the evaporative emissions system leak reflects the leak of harmful exhaust fumes into the atmosphere. The EVAP system usually takes care of this and keeps the bad fumes sealed inside the charcoal canister and fuel tank. Since these leaks are possible, it’s a wise move to know how they manifest to be able to recognize them on time and fix the leak.

The role of evaporative emission system in your car

Before we get into how leaks even occur in your car’s EVAP system and how to recognize this issue, let’s first explain the role of the system in your car. It’s a complex gas emission system that keeps the fuel vapors from exiting the gas tank.

There’s a charcoal canister where the fumes are contained before they are burned as a result of regular engine operation. Older car models had a simple EVAP valve that was used to let out the pressure built up by the fuel evaporation and the fumes.

However, this kind of system wasn’t the best option as it also released a lot of hydrocarbons into the atmosphere. So, modern cars are a bit more complex, and we have a bit more components in the EVAP system. If you own a relatively newer vehicle, likely, all these fumes and pressure built up within the gas tank are transferred through a thin line into the charcoal canister.

The role of this canister is to sort of act like a sponge and accumulate all those vapors with the activated charcoal within the canister. Later on, your car’s engine control unit (ECU) works with the sensors and measures the load on the engine. When the ECU decides that the engine is relieved enough, it opens the purge EVAP valve to let the fumes trapped inside the charcoal burn inside the engine.

Problems with the EVAP system

Several issues could occur with the EVAP system of your car that eventually might even lead to vapor leaks. As mentioned, the modern-day EVAP systems consist of numerous parts that could go bad and leave to problems.

In some situations, your car won’t start after getting gas if there’s a problem with the EVAP system, precisely the purge control valve. If the valve is damaged and stuck open, it will inject too much fume pressure into the engine and this acts like added fuel, and your engine might not take it.

On the other hand, leaks can be caused by damaged vapor lines or other components of the system, so your car will emit more harmful fumes than it’s supposed to. While it may not be much of a problem for your car itself, it’s dangerous for the environment and might cause you to fail emissions tests.

Not only will your car cause pollution if there’s a problem or a leak in the evaporative emission system, but it’s also dangerous for your health. In case of a leak, these harmful fumes will find their way into your car’s cabin, and you’ll be exposed to them while driving. Not even changing the air filter helps if the EVAP system leak still persists as the fumes easily get into the cabin space.

It’s possible to figure out this by yourself in case you notice the strange fume and smell inside your car’s cabin. On top of that, you’ll have a hard time passing the emissions test, and the pressure within your fuel tank could be affected as well. To prevent all these issues, it’s crucial to monitor the EVAP system’s fault, and these are the main reasons that lead to a leak:

It can also be a result of vacuum feed lines which are supposed to help the engine suck in the vapors from the canister while the engine is running. If the fumes can’t reach the engine, it results in a system leak and that’s when it’s time to visit your mechanic to fix the issue.

The gas cap is not sealed properly

One of the most common reasons behind the EVAP system leaks is if you didn’t tighten up the gas cap properly after visiting the gas station. You should check the gas cap either way since it’s an easy fix and the best possible reason behind the problem.

Not only would it cause an EVAP system leak, but it would also result in the activation of the “check engine” light, so it’s worth checking it out.

On the way from the gas tank to the charcoal canister, there are filler tubes, as well as vapor tubes near the canister. These serve important purposes of leading the fumes away and into the canister. If the tubes are damaged or simply degraded over time, it could be the reason why there’s a leak in your EVAP system.

It’s not an easy thing to check, so you should leave it to your mechanic to check the tubes and replace them if needed to restore the system’s operation.

Leaks from the canister

It’s also possible that the charcoal canister itself is leaking, and it’s not one of the best things for your car. The canister is supposed to contain the fumes within the activated charcoal particles, and while it doesn’t degrade often, it’s still a possibility.

One thing you can do is try to clean the canister by having your mechanic take it out and apply pressurized air from the air compressor for cleaning. Still, it’s best to replace this part to make sure that your car’s EVAP system will work as it should. The average price of a replacement canister is $150 to $500 depending on the vehicle model.

Finally, the last reason for an EVAP system leak is a failed or stuck purge valve. As mentioned, it’s a valve that’s simply an inlet and outlet valve that lets the fumes from the canister pass into the engine through the vacuum.

If the purge valve fails, it could lead to more serious issues, and either the fumes will remain stuck within the canister, or will frequently be released into the engine. The latter is equally as bad since it leads to a rich condition within the engine and might cause it to stall.

Ultimately, an evaporative emission system leak is a bad thing both for your health and the environment due to the harmful fumes released from the canister and gas tank. It may affect your vehicle’s operation, but even if it doesn’t it’s still a problem that should be handled as soon as possible.

In that light, this guide will hopefully help you understand the nature of these leaks, the reasons behind them, and how you can fix the problem.

Is it OK to drive with an EVAP leak?

While you might be able to drive your car with an EVAP leak, it’s bad for your health if the fumes enter the cabin, and it increases the gas emissions of your car as well.

How serious is an evaporative emission system leak?

An evaporative emission system leak is a serious problem since it affects the environment and increases pollution caused by harmful vapors from your car.

How do you fix an evaporative emissions leak?

You can fix an evaporative emissions leak by replacing the faulty tubes, purge valve, or canister that are mostly the culprit behind the leak.