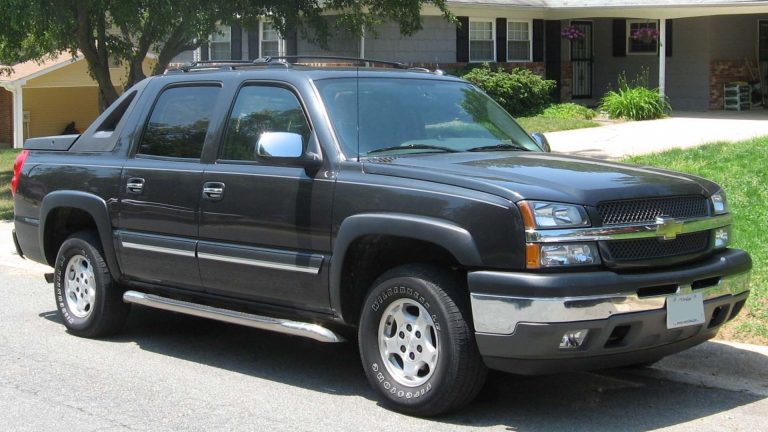 The Chevrolet Avalanche’s midgate is one of many unique qualities that made the pickup stand out from the crowd. Drivers who often hauled long objects found this midgate a significant determining factor when deciding between the avalanche and other trucks for purchase. The truck also boasts excellent performance and comfort.

Despite its unique qualities, there are some Chevy Avalanche models to avoid. Here we look at the Avalanche’s most common problems, best years, and worst model years.

Chevy Avalanche has some common problems that come with with age. You must know these problems beforehand to identify them better when they happen and get a quick solution. You can also use this information to customize your maintenance schedule in a preventive manner.

Below are the most common Chevy Avalanche problems.

The plastic on many Chevy Avalanches quickly dries out due to exposure to the sun, becoming dry and brittle and eventually expanding and cracking.

Though this issue does not affect the Avalanche’s drivability, it still profoundly affects the vehicle. A cracked dashboard would make the car look old while subtracting from its general beauty. Considering that Avalanche’s interior look is an enticing feature is enough to make you want to prevent this problem from happening.

You can get a dashboard cover to protect it from the sun’s rays. If your dashboard has already developed cracks, you can use the cover to remove the unsightly impression the cracks create.

Replacing the dashboard costs about $2,000. Putting a cover over the dashboard some days or months after you bought the truck would save you a good deal.

Thirty-seven million Chevys were produced with flawed airbags, which, when deployed, sprayed dangerous shrapnel. The airbag, created to be a means of safety during a crash, became a cause of more severe injury.

It is important to note that this issue was not Chevy’s fault. Takata, a major airbag manufacturer, supplied the airbags. The problem affected many other car brands at the time.

Thankfully, Chevy recalled all 37 million vehicles and replaced the airbags with safer ones.

Replacing the piston rings is the only way to solve this problem. And though the procedure is relatively moderate, it is best to have an experienced hand do the job. If your warranty is still void, you can have the replacement done for free at a Chevy dealership.

You must resolve this issue quickly. If left to linger for too long, it causes the engine to overheat, which, in turn, causes damage to other engine components.

The fix for this issue is relatively inexpensive and easy. It only involves replacing the handle. You only have to ensure that your replacement is of higher quality so you won’t have to deal with the issue again for a long while.

The dashboard is not the only plastic that got to look unsightly on these models. The plastic trim on the bumpers,  side, and bed also fades.

As with the dashboard, a simple cover is not a viable solution for these components. You would have to apply a different approach to covering up the imperfection.

Using a trim restoration works excellently to make the trim look good again. Also, you could use a heat gun to warm the plastic and remove the fading. It is best to go with the trim restoration as it is less time-consuming than using the heat gun.

Which Chevy Avalanche years to avoid?

The Chevy Avalanche is generally reliable and displays the properties of a truck and SUV fused. Its incredible nature notwithstanding, there are some of its models you are better off without.

Almost all the Avalanches of the first generation are unfit for long-term driving. They incur the most severe issues, making them quite expensive to maintain due to excess and costly repairs.

These Avalanches had tailgates that either had broken handles or refused to latch. The plastic used on them was easily wasted by the sun, making them look unpleasant after some time.

Another common problem for these problematic years of the first generation Avalanches is a bad encoder motor.

When this motor is down, the four-wheel drive (4WD) module will return an error code and refuse to engage. The check engine light would also be on because the computer is having difficulty finding the encoder motor. Drivers have had to replace the sensor or the entire motor.

Individually, the 2002 Avalanche had the most problems. Its components, like the 4WD transfer case position sensor, heating, AC temperature, air delivery door actuators, and fuel level sensors, were always prone to fail. Its battery cable ends got corroded often, with some parts like the *** behaving erratically at some point.

They had engine and transmission problems that could be controlled with the proper maintenance schedule. Overall, drivers are not advised to get this model, seeing they are more inconvenient.

The prominent issue drivers remember for the second generation Avalanches is its airbag problem. Chevy did its best to salvage the huge safety risk the problem caused. However, before buying a second-generation model, check if the vehicle has benefited from the recall Chevy issued for the airbags.

Another issue you should be wary of if you use a second-generation Avalanche is its password security problem. Though it is designed to keep thieves away, the system sometimes malfunctions and keeps drivers away too.

If you must use any of these second-generation models or have one already, the dashboard cover could save a life. These models have dashboards that crack easily. The cracks are a safety hazard as they often occur around the passenger airbag cover, making a sudden deployment possible.

Furthermore, the engines stand a high risk of overheating due to excess oil consumption. The 20 model is most notorious for having this problem. Aside from replacing the piston rings, replacing the oil at regular intervals is essential, so you don’t have a bigger problem.

Though the Avalanche does not have the grit of some trucks, it still delivers excellently, especially on performance and ride quality. If you make the right choice during a purchase, the Avalanche will give you the desired satisfaction. Here are the best Chevy Avalanche years you should keep an eye out for.

Chevy discontinued the Avalanche primarily due to strong competition, but you can still find a good unit in the used market. The later versions have proven to be more reliable.

Is the Chevy Avalanche worth buying?

The Avalanche could be a handy companion if you are looking for extra space to transport more cargo or long equipment. However, considering its cost and what some competitors offer, you might want to look at other options.

If you take cars as investments, the Avalanche is a fair deal, but not one you should keep as your first choice. Many other pickups are less expensive and more efficient, giving them a greater resale value.

What are the worst years for the Chevy Avalanche?

The worst Chevy Avalanche model you can have is the 2007 model. The problems it commonly developed were severe and expensive to repair. Also, almost all the first-generation models were problematic.

What are the most common problems for the Chevy Avalanche?

The most common problems you can expect on a Chevy Avalanche are cracked dashboards, faded trims, faulty airbags, broken tailgate handles, and excess oil consumption. Using this information to fashion your maintenance schedule accordingly would help increase the lifespan of the Avalanche and save you a good amount of money.

Chevy Avalanches are fairly reliable trucks. Though they don’t deliver the best service among pickups, they still give an incredible performance and style.

Which Chevy Avalanche is the best?

2013 is the best model year for Chevy Avalanche. It is the most modern in the lineup, being the last one produced, and has fewer problems.

Why did Chevy discontinue the Avalanche?

Analysts attribute the Avalanche’s discontinuation to the rise of other pickup trucks that provided the same services for a lower price. Continuing the Avalanche would have left Chevy with a loss, except extensive and expensive changes were done.