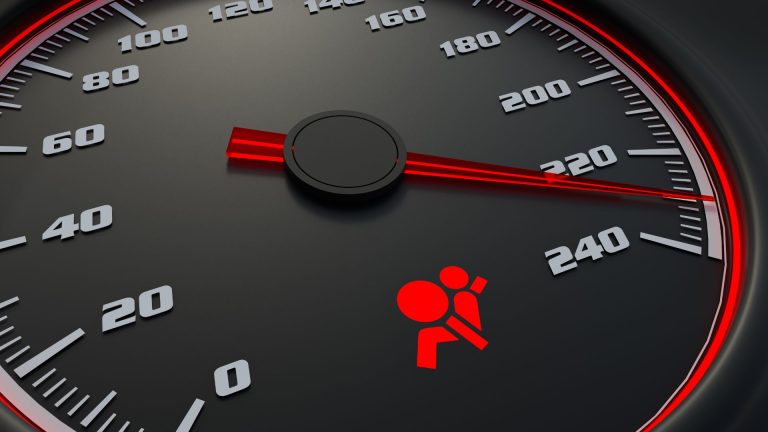 Dashboard lights and warnings aren’t exactly a favorite of any driver, since you know that something’s wrong as soon as they illuminate. Besides the “check engine” light, there are several other important warnings that might get displayed on the board.

The same goes for the SRS light, and the most important thing is to stay calm and don’t panic if it illuminates. The SRS light means there’s something wrong with your airbag system, so you should check it and fix it to maintain driving safety. To uncover the exact meaning, our team decided to lead you through the SRS system problems and help you solve the light problem.

What’s an SRS system and what does it do?

Your car’s supplemental restraint system (SRS) includes a series of airbags that activate in case of a collision and is a crucial part of the vehicle’s safety system. The system controls your car’s airbags and their deployment through a series of sensors and electric connections.

It doesn’t mean anything for your car’s driveability mechanically, but you should fix the problem before you sit behind the wheel again. The reason for this is that if the SRS light illuminates, something might be off with the airbags and they might not deploy in case of an accident.

To prevent such a dire scenario from happening, you should get the problem inspected and check the reason why the SRS light came up in the first place. On top of that, you are legally obligated to have a functional airbag system in your car. Every passenger car in the US since 1998 is required to have properly working airbags.

Still, it doesn’t mean that something is off with the airbags themselves. You can even replace faulty airbags and remove the light, just like on totaled vehicles with deployed airbags. So, to cut the worries and prevent putting yourself at risk while driving, it’s time to deal with this issue.

Reasons behind the SRS light glowing up

As mentioned, there are several reasons why the SRS light might show up on your dashboard. The most obvious one is a failed airbag which should be addressed as soon as possible just in case. Still, besides a malfunctioning airbag, these are the reasons that might cause the light to glow up:

Of course, all the electrical features in your car can malfunction and that leads to fault dashboard warnings. However, if you disengage the negative battery terminal and connect it again, and the light is still present, you are facing a real problem.

It’s possible to use the ECU scanner tool to look for trouble codes and try to determine the exact reason behind the SRS light activation.

Problems with the passenger seat sensor

One of the worst things that could happen in your car safety-wise is if the passenger seat sensor fails. It’s also one of the reasons behind the SRS light coming on. The sensor detects weight on the front passenger seat and sends a signal to the computer to deploy airbags in case of an accident.

However, if the sensor fails, and the unfortunate scenario happens, the airbag won’t get deployed in case of a collision. Even if the passengers aren’t hurt, which is the luckiest scenario, you won’t be able to get payment from the insurance company since the black box might signal that the SRS light was on. So, you should fix the bad sensor problem in case that’s the reason behind the dashboard warning.

With the advancement of safety systems in modern cars, there are several types of airbag sensors that your vehicle might come with. Regardless of the sensor type, if the system detects a sensor fault, the SRS light will likely pop up on your dashboard.

Fixing the sensor is the only solution since a bad sensor might end up in failed airbag activation in case of an emergency. Airbag sensors can detect instant slowing down due to a crash, and it triggers the airbags.

It also submits information to the ECU regarding the collision severity due to the speed and other parameters. So, in some situations, airbags won’t deploy in case it would only result in injuries during low-speed crashes. Either way, these calculations happen in a small part of a second so the sensors must be working.

The SRS module controls the function of the airbags and it uses the information from the sensor to activate your airbags in case of an accident. The SRS light glowing up on your dashboard is the only sign you will get in case the module isn’t working.

It determines the situation where airbags should deploy, and also stores information in case of an accident. An insurance company can use the information from the airbag module to determine whether you were braking, your driving speed and if you used a seatbelt.

It might easily activate the SRS light, and that’s the main reason why you should inspect the battery in case a warning comes up.

Can you drive with the SRS light on?

While the SRS light on your car’s dashboard doesn’t necessarily mean it’s a problem with the airbag malfunction itself, you shouldn’t leave it unattended. You must deal with the situation as soon as possible, and fix the failed sensors or backup battery to make sure your airbags will deploy.

Also, if the problem is a result of a failed SRS module, make sure to request the help of a trusted mechanic. These modules can be found in various locations based on the vehicle model. Overall, it’s not safe to drive with an SRS light on even though it won’t affect your car mechanically.

What it might affect, however, is the level of driving safety in your vehicle, as well as the insurance coverage in case of an accident.

Ultimately, the SRS light coming up in your vehicle is a sign that you should check your airbag system. It’s not safe to drive without a functional SRS system, and numerous factors might trigger the light. To make sure everything works fine, you should leave it to a mechanic to inspect the system and figure out if you have an airbag issue or a sensor problem.

Either way, don’t just leave it be since an airbag system is your only line of defense along with the seatbelt when it comes to driving safety.

What would cause the SRS light to come on?

The SRS light could come on in case of a bad SRS module, failed airbag sensors, or a problem with the passenger seat sensor.

Can I still drive with the SRS light on?

You can drive with the SRS light on, but it’s not safe since there might be a fault in the SRS system that prevents your airbags to deploy in case of an emergency.

How do I get the SRS light off?

You can get the SRS light off by checking the airbag module and sensors and fixing the failed component.

How much does it cost to fix SRS light?

It costs up to $500 to fix the SRS light if it was triggered by failed airbag module or about $30 to $300 for an airbag sensor replacement.