Car won’t accelerate, but RPM goes up — causes and fixes 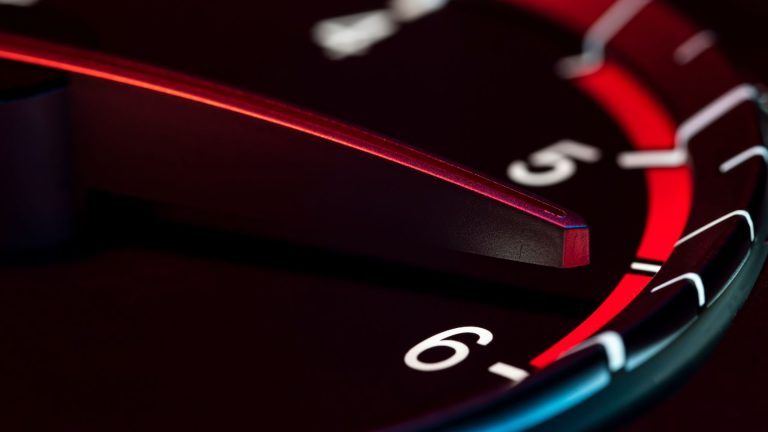 Like all other machines, cars tend to develop faults over time and thus require constant inspection and repairs. A plethora of problems can spring up from a vehicle; in most cases, these problems can be solved if the driver has an idea of how to go about them. Some common issues that plague cars, in the long run, include; brake noises, uneven tire wear patterns, and ignition failures. However, we look at some reasons why your car won’t accelerate when the RPM goes up and also some steps to take to solve the issue. Some primary reasons your car won’t accelerate but the RPM goes up include; a clogged fuel filter or faulty transmissions.

Before delving into why cars won’t accelerate yet the RPM goes up, let’s ensure we know what RPM means.

What does RPM mean?

The RPM you see in your vehicle’s tachometer stands for; Revolutions Per Minute. It measures the number of times the engine crankshaft of a car completes a rotation every minute. In addition, it measures how many times each piston moves up and down in its cylinder. It is a vital part of a car’s operation and can pose a problem if it is not functioning correctly. When you notice that your RPM is faulty, it is advisable to have it fixed.

Reasons why car won’t accelerate, but the RPM goes up

There are multiple reasons why a car won’t accelerate, but the RPM still goes up. These reasons range from regular and easy-to-fix ones to complex ones that require the expertise of a professional. Some of the reasons are;

Another common reason a car would refuse to accelerate even when the RPM goes up is when the transmission is damaged or faulty. A transmission system is an essential aspect of a vehicle’s acceleration because it transfers the power from the engine to the wheels to initiate movement. It enables the gear ratio between the drive wheels and engine to adjust as the car speeds up and slows down. Some transmission components that could get damaged or fail include filters, gears and clutches.

Some modern vehicles are equipped with advanced computer systems that control the operations of the car. These systems transmit to sensors that initiate movement. When the sensors are damaged or faulty, it can cause the vehicle to act accordingly. Hence the RPMs go up, but there is no acceleration.

In cases where the exhaust filter of your car is clogged, it will take a lot of power to get the car moving on a level road; however, the vehicle will not attempt moving when going uphill. Also, when left unchecked, a faulty exhaust filter can generate more problems that would prevent the car from accelerating even though the RPM goes up.

For a car to function effectively, all its components must be in perfect condition. The air filters in a vehicle are responsible for limiting particles from flying into the engine. When the air filter gets blocked, the amount of air getting to the engine is limited, and this causes the engine to overheat. Limitless problems arise when the engine of a car overheats. Also, if the air filters are faulty or damaged, particles that can cause harm to the vital parts of the vehicle can find their way through the filters.

The job of the throttle position sensor is to monitor and manage the amount of air that goes into the engine. In addition, the TPS detects the amount of pressure exerted on the accelerator. A faulty throttle position sensor will result in the malfunctioning of the car’s throttle body; when the throttle body malfunctions, the air that gets to the engine is compromised, preventing the vehicle from accelerating even when the RPM goes up.

In cars that use a manual transmission, the clutch’s engagement in the vehicle’s movement cannot be over-emphasized. When there is a problem with the clutch, the engine can rev continuously, causing the RPM to go up; however, the vehicle will not accelerate.

When the connection between the drivetrain and the wheels has been severed due to a damaged axle shaft, the vehicle’s transmission will not engage with the wheels, hindering acceleration. When you rev the engine, the RPM would likely go up, but there would be no movement.

Other reasons your car won’t accelerate even when the RPM goes up include; malfunctioning engine control model (ECM), cylinder compression, and faulty ignition system. These vehicle components manage vital aspects of its operations; when they are wrong, the vehicle will behave erratically.

What does it mean when RPM goes up, but the car doesn’t accelerate?

When your RPM goes up, and the car does not accelerate, it means there is a fault with one or more components of the vehicle. It could mean that the;

Why is my RPM high but slow acceleration?

In a manual transmission, the reason why your RPM is high but you experience slow acceleration is likely from the clutch. It could be either the clutch has severely worn out and needs to be replaced or a clutch slip. A clutch slip is a situation where the discs that join the flywheel fail; hence the vehicle doesn’t get the full engine power.

An automatic transmission could mean that the torque converter has been damaged; hence, the process of converting the mechanical power to hydraulic power that boosts acceleration is altered.

What to do when your car won’t accelerate, but the RPM goes up

Although it is more efficient to consult the expertise of professionals in solving your car problems, there are some steps you can take to fix the problem of your car not accelerating, although the RPM goes up. Some things to do in such situations are;

Inspect and clean the throttle body

The throttle body controls the amount of air that gets into the engine and can get dirty. To clean the throttle body, you’ll have to do the following:

Replace all the damaged sensors

Sensors like throttle position, mass air flow, and other malfunctioning sensors should be replaced with new ones. Replacing the sensors will see the engine running smoothly again.

Fuel, air, and exhaust filters all play an essential role in the operation of a car. Blocking or damage can lead to severe problems and limit the car’s acceleration. To combat the problem of your car not accelerating but the RPM is up, take out the filters and carefully inspect for any sign of damage. If they are damaged, replace them with new ones. In cases where they are not damaged, thoroughly brush off any contaminants that may be blocking them.

If you carry out these procedures and still face the same problem, seek professional advice from a repair/maintenance workshop.

As mentioned earlier, cars develop different faults over time and require servicing and replacing damaged and worn-out parts. If your car won’t accelerate, but the RPM goes up, try out the steps provided above or consult a professional mechanic.