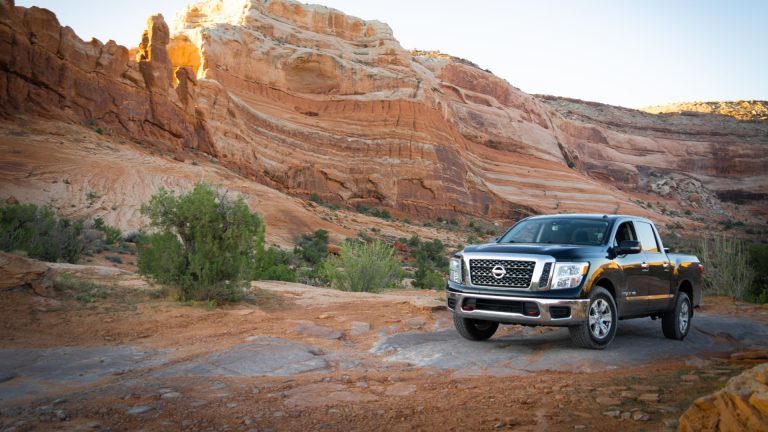 The Nissan Titan is a decent pickup truck by all standards. It has good reliability ratings, an excellent warranty package, and a powerful engine. Despite its little weaknesses, the truck gives good value.

However, it would be best to avoid certain Nissan Titan years at all costs. You must know which Nissan Titan to get so you do not end up with one that would only last you for a few years and cost you a lot in maintenance.

This article gives you the Nissan Titan years to avoid and why, and which ones are worth your time.

Like many other vehicles, some aspects of a car are prone to bring a problem for most drivers. You must identify them and how regular they could be before deciding to get any vehicle. Below are the most common issues most Nissan Titans face.

Fuel pump failure is a frustrating problem as it always makes drivers trouble starting their cars. It also starves the engine of gasoline.

The Nissan Titan is known to have problems with its fuel pump due to clogged fuel filters. Some drivers have reported that the fuel pump issue also damaged their catalytic converter, which, if left unchecked, can cause the engine to shut down.

In addition, drivers have also complained of hearing whistling sounds from the filler neck while the fuel tank is being filled. It is a most common problem for the 2018 Titan model.

Transmission problems are common on Titan, but the 2016 model is known to have it in excess. Drivers experienced hard shifting; some were left stranded as the transmission was infamous for stopping abruptly during a drive.

The 2016 Titan is notorious for having this problem on a large scale. It is surprising that no recall was made on it to correct the issue.

The job of the seal on the rear axle is to keep the transmission fluid from leaking. However, the seals on Titan’s rear axles leak easily, with that of the 2004 to 2006 models a more severe problem. The leakage is reported to be because of a lack of ventilation or overheating.

The leakage should be identified early and dealt with, as excess transmission fluid leakage causes damage to the axle bearings, differential assembly, and transmission system. It is best to replace the entire differential assembly to fix the issue rather than replace only the problematic rear differential or component. One driver had to take the truck back to the mechanic after only a week of repairs as the same problem of leaks had resurfaced.

There have been many complaints from the National Highway Traffic Safety Administration (NHTSA) about the seats of the Titan. The driver and passenger seats are well-known for shaking or separating from the seat frame after only two years of usage.

Reports have also been filed about the dash lights on the truck turning dim in daylight, making it hard to tell which warning is up, while some other drivers complained about a disappearing starter button.

Most drivers of the 2011 Nissan Titan complained of premature shock failures. The problem became more persistent with age before the truck clocked 100,000 miles. Drivers had to replace the old shocks to get rid of the problem.

The tracks of the Titan are reported to be misaligned, causing uneven and fast tire wear. Titans warranty covered this issue for a certain period, with most drivers taking advantage of it quite early in the life of the truck.

Some drivers have been unfortunate enough to witness smoke wafting out of the engine compartment caused by an exploded plenum. Others tabled reports about the engine’s loud sounds, which caused the truck to shake immediately after turning on the key in the keyhole. There have also been complaints of busted nail indicators that caused the vehicle to knock.

Titan’s 2008 model is most notorious for such engine problems and more.

Many Titan models have been reported to display “disc error” intermittently on the screen. The issue is particularly acute in the 2004 and 2005 models. Sometimes, the display returns that no maps are available, which beats the need for a navigation system. Drivers noticed the problem mainly occurs when the cab is warm or hot.

Which Nissan Titan years to avoid

For all its flaws, the Titan has many redeemable features and breakthroughs in design and delivery. However, these are the Nissan Titan years you should avoid by all means.

When checking out a Nissan Titan, it is best to avoid the models of the first generation. Excluding the first-generation facelifts,  almost all the first-generation models, excluding the last one (2007), were riddled with many problems. The first Titan is labeled as the worst as it had the most complaints for very severe problems. The rear differential kept failing, and the cooling system was always messy.

The most complaints about the 2004 model were about its drive train,  with NHTSA receiving almost 450 complaints. Drivers had to spend around $3,000 after 95,000 miles to repair the rear differential, which always developed a fault at that time. The vehicle was dangerous enough, as drivers sometimes experienced the wheels locking up suddenly while in mid-drive.

The other two problematic models in this generation continued with the acute powertrain problem, though that of 2006 tried to rectify some of the differential issues. The 2005 Titan even added faults in the electrical system, which caused a lot of features like the BCM, 4×4, wiring harness, and cruise control switch to not function properly. All these issues usually sprang up at about 73,000 miles of usage.

Despite efforts on the 2006 model, the Titan remained pretty unsafe as the engine became the primary cause for concern, with drivers and passengers at risk of fire.

For the first-generation facelift models, that of 2008 is to be avoided. The drivetrain was no longer the issue, as the NHTSA received the most complaints about the engine and transmission. After about 101,000 miles, the vehicle would start misbehaving, making it a terrible option in the resale market.

The second generation of Titans fared better than the first. Out of the models available, you should be wary of the 2016 model year.

The 2016 model was surprising as it brought a dent into the line after four years of minimal problems. Its exhaust system and transmission formed the bulk of complaints for this model. It was infuriating because the fluid consumption became outrageous after only about 5,000 miles, with exhaust fumes finding their way into the cabin.

Transmission issues began before the vehicle had done 10,000 miles and were mainly manifested in hard shifts, lurches during acceleration, and sudden complete transmission failure during movement.

The more recent Nissan Titans come equipped with the latest innovations from the car industry to increase safety and enhance the experience. You can find technologies like blind spot warnings, automatic emergency braking, rear cross-traffic alerts, and high beam assist on the 2022 Nissan Titan.

Is the Nissan Titan worth buying?

The Nissan Titan is reasonably reliable and satisfying if you buy the right model. With the proper care and maintenance, the truck can take you 250,000 miles without severe problems.

However, it does not have a good resale value. If you buy with the hopes of selling it later, you have to remember that for most of its models, their value depreciates by 25% every five years.

What is a good year Nissan Titan?

The best year for the Nissan Titan is 2015. It has the least complaints and was a popular option among drivers for its low maintenance costs and many exciting features.

What are the most common problems with the Nissan Titan?

The most common problems the Nissan Titan faces focus on the drivetrain and transmission. It suffers from other issues like poor fuel efficiency, premature shock failure, and some problems with interior accessories.

What is high mileage for a Nissan Titan?

You can expect a high mileage of 250,000 from the Nissan Titan. It is only achievable if you follow the proper maintenance routine and driving practices to ensure the truck does not develop severe problems.

Nissan Titan engines are very reliable, much more than their drivetrain. Only a few models have recurring engine-themed problems.