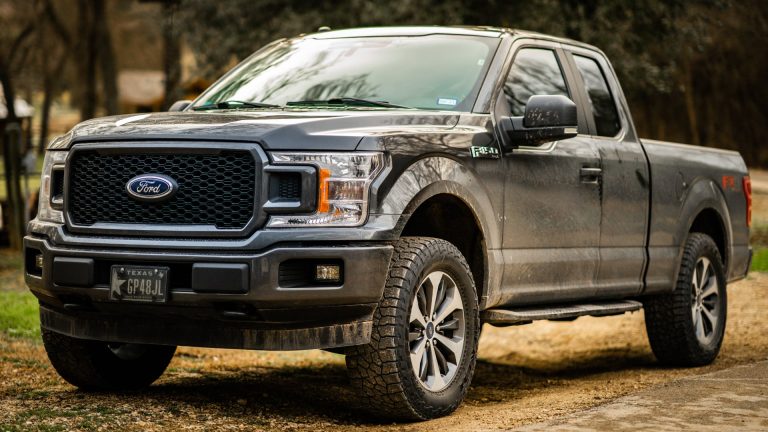 Drivers choose Ford for efficiency, quality, and value, and the F-150 does resonate with these objectives. Widely known for its incredible towing and hauling capacity, the F-150 sits on the top list of most efficient pickup trucks widely patronized.

Like every other pickup, the F-150 has its strengths and weaknesses, which play a significant role in its widespread acceptance. And while the F-150s we are mode acquainted with today do not have many setbacks, there are some in its production history that you should avoid by all means.

This article reveals the Ford F150 years to avoid, its best years, and why it is worth your money.

Ford remains a great truck due to its affordable price and abilities. It is essential, however, that you know its common flaws before deciding to get it so you know what kind of repairs you should expect to do at some point. Here are common problems you can find in the Ford F-150.

The 2015-2017 F-150 models had a serious problem with their door handle latches which sometimes caused the door to fly open while the truck was moving. The door was also notorious for freezing shut in the winter, leaving the driver locked within.

The issue of the frozen door prompted a lawsuit that had Ford recalling about 1.3 million trucks towards the end of 2017. Their solution for the freezing door was augmenting the car with water shields over the latches.

Throttle body malfunction is an old issue for most Ford vehicles. The 2015 and 2016 Ford F-150 had an exceptionally high case of defecting throttle bodies. They prevailed so much that Ford had to do a recall, fixing the issue free for the drivers.

The main symptom drivers had when their throttle body failed was the vehicle shutting off on the drive, stopping, and suddenly starting again. The entire process is cumbersome and stressful. To remedy the situation, drivers had to replace the whole throttle body.

The F-150 started accumulating the most engine problems from its 2004 model. All the models from 2004 down to 2007 all had recurring issues centered on the spark plugs.

The F-150 of 2012 is remembered for its massive engine problems. The failures of its engine were always huge and costly to repair, like a broken connecting rod or a burnt piston.

The cost of repair varies but can sometimes reach $10,000. Sometimes, the damage that occurs before you find the problem can have you replace the engine.

If your F-150 has the Auto Start/Stop technology, your engine going off when idle may not be a big deal as the system is meant to turn off the engine at a stop to reduce emissions and save fuel.

However, if your Ford is not equipped with Auto Start/Stop but goes off or stalls when idle, you may have a problem in the engine bay. The stalling can result from a dirty throttle body, intake gasket leak, vacuum leak, or faulty MAF sensor or EGR valve.

It is best to address this problem as soon as possible to ensure no further harm reaches other engine or transmission components. Depending on the cause of the problem, repairs can cost you more than $1,000.

The F-150s of 2009 to 2014 are most notorious for having this specific problem. The primary reason F-150s in this model year range have this issue is a burnt fuse, particularly fuse #27. A burnt fuse prevents the fuel pump from operating due to the open spot it leaves in the electrical circuit.

To combat the issue, Ford sells a fuse relocation kit for $20 but needs a professional to do the job as it requires soldering. The repair should take half an hour, so you would only spend a little on labor costs.

If your F-150 has this problem but does not fall under the 2009 to 2014 model years and your fuel pump fuse is not the cause, you should check your fuel pump and its wiring for faults, fuel filter for clogging, inertia switch and spare plugs for defects.

If you own an older version of the F-150, your problem may be the inertia switch. When set off, the switch removes power from the fuel pump. The switch is easily triggered by simple things like slamming a door too hard or hitting a pothole, so before taking the truck to the mechanic, check if the inertia switch has been somehow activated.

Several complaints have been about windshield wipers freezing or stopping while in use, evÍen when the vehicle is brand new. The problem was most acute for the 2020 and 2021 models, with Ford issuing a recall for a few of the trucks affected.

The F-150 has evolved quite a lot, and having gone through close to 14 generations has incredible results to show for it. For over three decades, it has been the best-selling vehicle in the U.S. Despite its huge success, here are the F-150 years you should avoid if you want the benefits of using the F-150.

The eleventh generation of F-150s is the last one Ford manufactured using a gasoline pushrod V6.

Most F-150 drivers of this generation had complaints about the trucks of this era. The number of complaints is estimated to be about 2,404 for all five model years alone.

The worst F-150s this generation produced are of the 2004 to 2006 model years. Many drivers attest that the 2004 model is the worst in the entire product series. It is well-known as an engineering nightmare with its faulty window regulators that caused the windows to crash into the car and its ever-breaking spark plugs.

The engine used for this generation was prone to developing several problems, with its common one producing a continuous knocking sound. One would think the 2005 model solved a few of the 2004 problems, but it inherited most of them instead, causing Ford to recall up to 14 of the vehicles.

All the vehicles of this generation should generally be avoided as the cost of repairs, and maintenance is not the only problem it has. The trucks were a real cause for concern as safety was relatively poor and almost non-existent, with the prospect of a window exploding onto the side of your face at any moment.

The trucks of the twelfth generation were revolutionary, with a different engine and a new body that made the car lighter. If you are interested in the F-150 of this generation, it is best to avoid that of the 2010 and 2013 model years.

The 2010 Ford F-150 is considered to be another nightmare after that of the 2004 model. It had a high number of engine-related problems, mainly consisting of a lot of leakages. The spark plugs often caused ignition coil failure, and the automatic transmission was infamous for causing engine failure by suddenly downshifting into the second gear during a ride.

The internal accessories were not exempted from a spot on the list of problems on 2010 F-150 either. There were a lot of reports of unresponsiveness and screen failure on the MyFord infotainment system. It even failed to recognize smartphones in some cases, and the rear-view camera would become inactive whenever the truck was in reverse.

The 2013 model focused more on transmission problems, as there were multiple reports of gear slippage. These two vehicles were hazards, and the cost of repairs was high and frequent, making them a pain to most drivers who had them.

While the 2016 F-150 does not produce half as much inconvenience as the other F-150s mentioned above, it is also best to avoid it. Brake failure and engine malfunctions were common on the truck, and the doors were fond of having problems with latching securely, especially in cold weather.

Despite the dark parts of its history, Ford built a powerful reputation around its F-150s and made amends for most of the issues that plagued it before. These better versions of the F-150 sport a more solid engine, together with improved fuel efficiency and performance. They also got rid of the supposedly cheap interior, which some drivers complained about, mainly on the 2004 model.

Here are the best F-150 years you should consider, especially when buying a used truck.

The latest versions of the F-150 are competing exceptionally well against other vehicles and come fully equipped with many modern innovations that make driving easier and safer. If you want an F-150 off the used market, consider the 2019 model, as it is the perfect combination of reliability, performance, and features.

The Ford F-150 is worth buying. It provides the right muscle and flexibility for anything ranging from a haul vehicle to a comfy office vehicle. It is also one of the safest trucks you could get as almost all models of the past decade of F-150s have a safety rating of 9.3 out of 10, awarded by the U.S. News.

Furthermore, the Ford F-150 has a great resale value because it holds its value over the years, unlike many other trucks whose value depreciates with use. The vehicle can last the average driver for nearly 17 years with the proper care and maintenance.