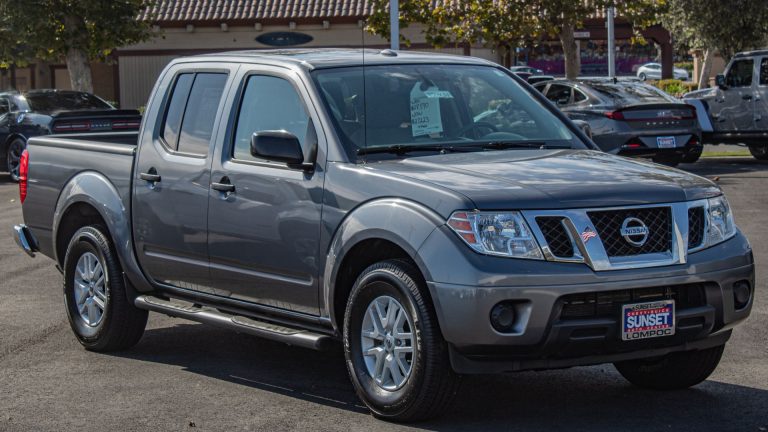 The Nissan Frontier retains a prominent spot on the mainstream market for being reliable and dependable at a very affordable price. It is that one option you can trust to deliver as much as the more expensive options do without many issues. It is also a vehicle that everyone, especially those unfamiliar with technology, can easily relate to.

Like every other vehicle, the Nissan Frontier has issues that are common to it. You must know these issues to draft an adequate preventive maintenance routine to stop some of them from happening and get the most out of your vehicle. Below are the most common Nissan Frontier problems you should expect.

Coolant leakage is a problem most Nissan vehicles have had to deal with, asides from the Frontier. The coolant is usually mixed with the transmission fluid, diluting it and causing the transmission to fail.

Frontiers of the 2005, 2006, and 2007 models were most severely affected by this issue, with Nissan offering a limited warranty in response to a lawsuit. The warranty covered the repair cost for affected cars with mileage less than 80,000 miles and part of the repairs when the vehicle had gone past 80,000 miles. The warranty became inactive after the car reached a mileage of 100,000 miles.

Some Frontier drivers have laid complaints about clunking noises, premature wear of several parts, a whining sound from the rear differential, and problems with shifting. These were indicators of the drivetrain issues the Nissan Frontier is prone to having.

Drivetrain issues often lead to transmission failure as they directly relate to the transmission, with the engine overheating following behind.

The Nissan Frontier is notorious for having a distributor shaft bearing that easily rusts, leading to the bearing ‘seizing.’ As a result, the engine may stall in traffic or refuse to start the first time you try.

The model years most affected by this issue are 1998 to 2001. The 2002 to 2012 models were not much better as they also suffered the same problem, albeit less significantly.

Drivers have complained of the brake system on the Nissan Frontier feeling soft and spongy instead of firm. Reports also reached the National Highway Traffic Safety Administration (NHTSA) about excess rust in the braking system.

The soft and rusting brakes pose a severe problem regarding safety for drivers and occupants of the vehicle. It is best to avoid older versions of the Frontier for this reason and your protection.

The ‘transmission with eight speeds’ problem

The advent of the automatic transmission brought a lot of pressure on manufacturers to deliver.

Nissan hopped on the automatic transmission with eight or nine speeds trend with the Frontier. The higher speeds were a result of the altering of the computer shift mapping.

However, when the Frontier shifts to the highest speeds and the driver slow down or stop, the transmission often does not downshift correctly. To downshift appropriately, the driver must revert to manual mode to regain control.

The engine mounts are known to frustrate a good number of Frontier drivers who happen to buy the wrong model. Some trucks also tend not to accelerate appropriately, with the ‘check engine light’ warning sign always seeming to be on. There are other issues the engine is prone to developing, often caused by problems with the transmission, drivetrain, and other systems.

The Frontier boasts of affordability, but some drivers do not appreciate what it seems to do to the truck’s structure.

The Frontier’s interior has been reported to look inexpensive, with its plastic features in abundance, which is not something a driver of recent times would appreciate. Also, most older models had drivers complaining about the internal accessories.

In addition, tire pressure is known to be “miraculous” and inconveniences drivers at the wrong time. The airbag indicator often comes up, warning that it is inactive. The bolting brackets for the seatbelt on the rear seat of some Frontiers are reported to be looser than safety protocol allows, putting whoever is sitting there at the time of a crash at risk of more severe injuries.

Odd noise coming from the engine

Many drivers of the Nissan Frontier noticed a strange noise from under their hood, specifically at the front of the truck’s engine. The noise is caused by a loose timing chain which needed to be replaced for the noise to stop.

Drivers also had to replace the tensioner shoes, engine oil, and oil filter to ensure the repair was wholesome for the engine. The many complaints drivers gave about this issue caused Nissan to set out a service bulletin explaining the cause and best solution.

Which Nissan Frontier years to avoid?

It is worth noting that though the problems above are common to the Frontier, some model years are the worst for it. Here are the Nissan Frontier model years you should avoid, so you get value for your money.

For some strange reason, the first three model years of the second generation of the Nissan Frontier performed poorly, with the highest number of complaints for one model reaching 283. Their poor performance was unexpected and surprising as the Frontiers of the first generation had few complaints and had already started establishing a solid reputation.

These three model years were most afflicted with leaking coolant, which wreaked the transmission, causing the vehicle to inconvenience drivers. That of 2005 was so severe that drivers had to especially avoid that model because, after 100,000 miles, they would need to replace the entire transmission assembly. Replacing the transmission costs more than the car’s worth, making it a big loss to the owner.

These models only seemed to nail a new aesthetic look with a new engine construction and chassis. Besides that, it seems they all inherited most of the problems the first-generation Frontiers had, but in more giant blocks. Nissan must have learned their lesson because the Frontiers that followed these three never came close to being half as worse as them, as far as we can tell.

The Nissan Frontier is well-known to be durable and reliable to the point where some models from its first generation compete favorably with some truck brands for performance and toughness.

All Nissan Frontier models, except those of 2005, 2006, and 2007 model years, are great investments. The durable truck has proven its reliability right from the start and continues to do so to this day. Recent Frontier models come equipped with modern innovations targeting safety, driver satisfaction, and comfort.

Is the Nissan Frontier worth buying?

Each model year of the Frontier, besides 2005, 2006, and 2007, is worth their price and beyond. These vehicles can stand the test of time and are a valuable investment.

Though the latest Nissan Ford is struggling with its resale value and credibility, the ones mentioned here are the best and have a great resale value and market prestige. The 2014 Frontier model is reputed to be the most reliable and fitted with the best features you could want in a compact truck. The Frontier can last for 200,000 miles or more with the proper care and maintenance.

Which year is the Nissan Frontier the most reliable?

The best Nissan Frontier is that of the 2014 model year. The model has the overall best safety ratings in tests conducted by a federal testing agency and contains all the features you would look for in a compact truck.

The worst year for the Nissan Frontier is the 2005 model year which is closely followed by the 2006 and 2007 model years. They had a severe recurring leaking coolant problem that constantly troubled the car’s transmission and other systems. Eventually, their transmission systems needed to be replaced entirely, with the cost of this repair almost the same as or higher than the car’s value.

What is the most common problem for a Nissan Frontier?

The most common problem the Nissan Frontier faces is in the transmission, caused mainly by a leaking coolant. The issue is not too severe for most Frontier model years, except the 2005 to 2007 models.

Which Nissan Frontier is the best to get used?

The best Nissan Frontier to get as a used vehicle is the 2014 model year. The vehicle is regarded as the safest Frontier and sufficient for your needs.