Do hybrid cars use gas? 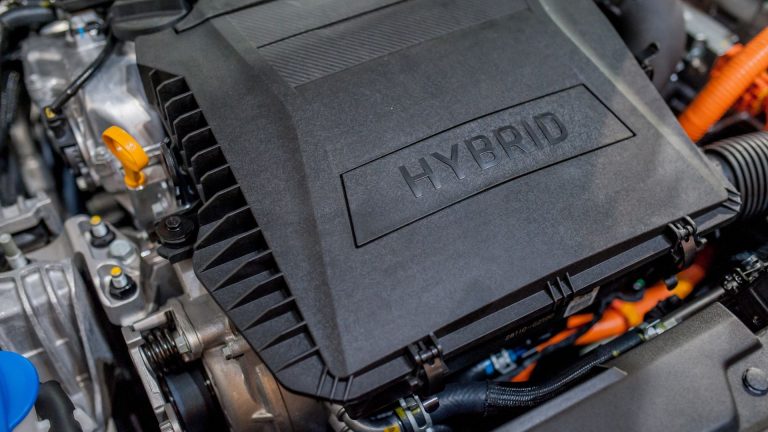 With the increase in gas prices, there are more and more drivers wondering about the efficiency of electric and hybrid cars. However, there’s one common question here – do hybrid cars use gas? Yes, hybrid cars use gas, but it all depends on a set of variables like the type of hybrid car and the powertrain ratio which determines the exact fuel consumption.

So, if you are one of those drivers wondering about the gas efficiency of hybrid cars, this guide might shed some light on your biggest concerns.

How does a hybrid car work?

The bottom line is – all the hybrid car types still use gas, at least in case of an emergency and to start the car and get it going. Discussing the gas efficiency of the different hybrid cars is completely another story, though.

As mentioned, there are several types of hybrid cars, and not all of them work the same. So, it’s impossible to talk about the gas efficiency for hybrid cars in general, having in mind that plug-in hybrids can only run on electric power as long as you keep them charged.

Still, some average gas efficiency figures range from 50 miles per gallon to 60 miles per gallon, which is more than convenient. It might not be as low as you expected it to be, but you have to have in mind that a hybrid car’s internal combustion engine has to come on and off just like the electric motor.

So, even if you are not using a petrol engine, some fuel still gets wasted in the process of starting it and shutting it off. Either way, it’s still more convenient than a regular car with only an internal combustion engine. Newer hybrid models are getting updated fuel efficiency as well, and they run mostly on electric power. Because of this, you may only have to keep a gallon or two in the tank just in case your electric power runs out with newer hybrids.

Owners of hybrid vehicles have to refill the tank now and then just to make sure that the car keeps running in case the electrical motor goes out. While there are vast differences between the hybrid car types, we’ll discuss the fuel consumption by type, and try to see whether it makes sense to drive a hybrid with today’s gas prices.

Also, there’s one question that some drivers keep asking, and it’s whether a hybrid car can run without gas. In most cases, the answer is no, even for the newer models of hybrid cars. You have to make sure that there’s at least a bit of gas in the tank. If you are running low on gas, you shouldn’t rely on the electric battery alone, since most brands design propulsion batteries to shut off if there’s no fuel to avoid battery damage.

So, as you drive, the performance of the engine powers the electric battery that’s built as part of the drivetrain. When it comes to parallel hybrids, it’s unusual to drive on electric power alone, although it’s a possibility.

The reason for this is the smaller size of the battery, so you can’t pass vast distances relying on the electric component alone. Instead, the electric motor is rather used to improve the gas efficiency of the powertrain at lower speeds.

With these, you will still use much less of your gas since the engine is assisted by an electric motor. The system will most likely switch from electric propulsion to internal combustion engine power based on driving conditions. You should note that even idling wastes fuel, so your overall gas consumption won’t be much lower with this type of hybrid.

If you are driving a mild hybrid car, it means that your car’s internal combustion engine and electric motor aren’t working simultaneously. Well, they are, but the performance of the electric motor isn’t related to the performance of your vehicle in any way. Because of this seemingly confusing thing, many drivers wonder – does a hybrid car use gas?

Well, the car is running regularly on an internal combustion engine with slight assistance from the hybrid system and the battery. These cars use regenerative braking to restore power and relieve the car’s electrical systems by powering the electric components.

So, you will be wasting a bit more gas with this type of hybrid car, and even though it’s still less fuel spent when compared to regular gas-powered cars, it’s not that sufficient of a save.

Finally, we come to plug-in hybrids and these are the main point of interest for those wondering about the gas efficiency of hybrid cars. Plug-in hybrids can travel vast distances powered only by the electric motor due to the larger size of the electric powertrain.

So, with this type of hybrid car, you don’t have to use your petrol engine during the drive, and can theoretically save up on fuel significantly. It even rivals driving a fully electric car, only this way you can count on the petrol engine in case the electricity from the battery goes out.

These cars can be charged on external chargers, and as long as you keep the battery charged and only drive within the autonomy limits, you won’t have to use the internal combustion engine. So, you will save all the fuel in the tank this way, and won’t have to refill it until you run the car on a petrol engine alone.

Ultimately, driving a hybrid car requires fuel regardless of the hybrid car type, but it still saves up a lot of fuel when compared to driving a regular petrol-powered car. Driving a plug-in hybrid will save you the trouble of having to frequently visit the gas station, as long as you keep the electric battery charged.

Most drivers don’t realize that you still need fuel in the tank even when your hybrid car is running on electric propulsion. So, hopefully, this guide settles it in terms of the question of “do hybrid cars use gas” and also helps with the gas consumption specifics.

Can hybrid cars run without gas?

Most hybrid cars can’t run without gas since that could harm the electric propulsion system, but while the car is running, you can drive on electric power alone without gas within the autonomy limit.

Can a hybrid car run on just gas?

Yes, a hybrid car can run just on gas, especially if you are driving a full hybrid or a parallel hybrid where you can switch the propulsion to the internal combustion engine only.

Do hybrid cars use gas or electricity?

Hybrid cars use a combination of gas and electricity, and the gas consumption depends on the powertrain and the type of hybrid car since plug-in hybrids waste less gas when compared to mild hybrids.

What type of gas does a hybrid car use?

A hybrid car uses regular unleaded fuel or premium fuel, depending on the manufacturer’s recommendations.