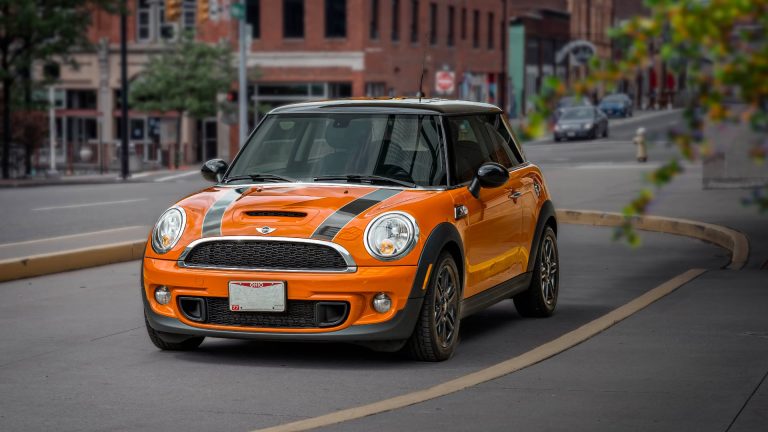 The Mini Cooper is an affordable car recognized for its speed, drifting prowess, and distinctive appearance. There are numerous Mini models to pick from, and the Cooper is frequently near the top of the list. One of the most well-known vehicle brands in British society and worldwide is the Mini Cooper.

Speed, maintenance and repair costs, the frequency of repairs, and other variables affect a vehicle’s reliability. With a long history and a wide range of designs, the Mini style is still popular today.

Knowing what you’re getting, though, is crucial. The best course of action is to stay away from vehicles with known reliability problems, and this reality necessitates examining specific times and model years. Consequently, the million-dollar question for those intending to buy one is, which Mini Cooper years to avoid?

In this article, we will discuss in detail which years of the Mini Cooper you should steer clear of.

Despite being a reliable vehicle, the Mini Cooper has its fair share of issues each model year. The easiest approach to judge a Mini Cooper’s dependability is to locate its problem areas.

Mini Coopers’ owners have reported several issues in reviews and forums. Since certain problems are more severe than others, they might necessitate a different level of expertise and expense. The following are the various models’ most common problems:

The 2011 Mini Cooper Countryman brakes could start making obnoxious grinding noises. It has happened to several owners of low-mileage cars with less than 2,000 miles on them. They have attempted to take their SUVs to the dealerships to get the brake pads and rotors replaced, but it continued happening.

The loud grinding can continue to worsen despite repairs, which has alarmed them. Some people have mentioned that they had to make several trips to the dealership, but the mechanics could not identify any problems with the car. Some people have voiced worry about this since they felt unsafe while driving their relatively new vehicles with noisy brakes.

Airbag malfunction is a common 2011 Mini Cooper problem in low-mileage vehicles. Some owners have reported that their airbags deployed incorrectly during a minor impact.

An illuminated “passenger airbag off” light in the vehicle’s overhead console is the most common indication of an airbag problem. Symptoms can appear anywhere between 5,000 and 24,000 miles.

There is no clear cause for these airbag problems. Some people have taken their vehicles to dealerships, but mechanics have been unable to detect any problems. Following diagnosis, all components and systems produced normal results. Consult your mechanic as soon as possible if you’re experiencing the same symptoms with your Cooper’s airbags.

The seatbelts in the 2012 Mini Cooper may experience an unpleasant problem where the alarms may occasionally sound for no apparent reason.

Some owners had reported that their alarms would sound even when the seatbelts were buckled tightly. Additionally, they said that they had tried restarting the engine to silence the alarm but that it would recur randomly after some time. Some have attempted to have their mechanics examine their automobiles but could not detect any issues.

Engine issues with the 2012 Mini Cooper are frequent and can range from minor to major. According to reports, its engine frequently overheats, typically caused by a failing water pump. Some have claimed to have experienced a variety of problematic issues, including illuminated check engine lights, blown head gaskets, coolant leaks, and complete engine failure.

However, other owners have stated that defective core plugs, which can fail and result in coolant leaks, can also result in overheating.

Replacing broken parts can assist, but some owners have complained that finding the correct parts to repair their cars is challenging. The first signs of trouble could appear at about 39,000 miles. Consult your mechanic immediately if you observe engine-related problems with your 2012 Mini Cooper to avoid future problems.

There are a number of transmission issues that the 2014 Mini Cooper Countryman is prone to. Jumps when accelerating, strange noises, a burnt smell coming from the hood, delayed shifting, severe shakiness, and grinding are all symptoms of a transmission problem. If these issues are not fixed immediately, they could worsen, resulting in low fuel efficiency and gearbox failure.

To avoid any significant wear or damage, experts urge owners to have their transmissions checked regularly. Depending on how frequently you drive your SUV, make sure to test and replace your transmission fluid at the proper intervals as part of good transmission maintenance.

One of the most notable issues with the 2012 Mini Cooper Countryman is its propensity to develop internal oil leaks that are invisible from the outside of the car. One owner reported that the mechanic discovered an oil leak coming from the oil pump solenoid valve when replacing a component, and the oil was trickling toward the wiring sheath. Your electronic control unit (ECU) might short and sustain significant damage if oil gets on it.

According to sources, this is a widespread issue that can also occur with other Mini models. To avoid oil from pouring on other components related to your electrical system, it is recommended to have your Cooper routinely inspected for any internal oil leaks.

According to some owner claims, the electronic power steering on Mini Coopers is prone to malfunction. The problem was identified as caused by a low-power steering fluid and an electric cooling fan failure at about 80,000 miles.

Owners of 2006 Mini Coopers made most of the complaints regarding the loss of power steering. BMW was forced to issue a recall due to the severity of the issue.

Which Mini Cooper years to avoid?

Mini Coopers are generally dependable. However, some of its model years have experienced widespread problems like any other automaker. Owners have stated that these problems may appear as the Mini Cooper’s mileage approaches 20,000 miles.

The Mini Cooper has also proven dependable and adaptable based on consumer preferences. However, there are a few Mini Cooper years to avoid, especially if you’re considering buying a secondhand vehicle. Avoid buying one of these Mini Cooper models if you’re serious about getting a reliable car.

Being the target of a class action lawsuit is never a good indication for an automaker. However, this occurred with the first-generation Mini Coopers produced under BMW’s leadership since the CVT-equipped cars’ transmissions were faulty.

BMW had to offer additional warranty coverage since the issue was so severe. This warranty may no longer be valid. Therefore, any repair costs incurred if you purchase a vehicle from this generation are your responsibility.

Furthermore, the first generation had manual transmission issues. While not as serious as a CVT failure, the clutch is known to fail quickly when driven aggressively.

The failure of the electric power steering pump is another issue that has emerged with this generation. This component is critical to the steering system and must be replaced if it fails.

Finally, the radiator support’s design is short-lasting, and it is made of plastic and is located near the ground. The radiator is an essential component of the cooling system. If the support fails, you’re in for a bad time.

A faulty circuit board for the auxiliary water pump can overheat, which could start a fire in the engine bay. The Mini Cooper Countryman, manufactured between 2011 and 2012, was most affected.

Again, BMW fixed this issue through a recall, but you should make sure that every model in this range has the recall work done. If you have this proof, you can purchase a model for a low price, and it will also be helpful when selling it.

Some issues from the first generation continued over into the second generation. These include the radiator support being the same and the manual transmission clutch failing prematurely when used under severe driving. If the vehicle strikes something close to the front end’s bottom, it can cause issues.

The second generation Mini Cooper models’ electric power steering pump is also known to malfunction earlier than most people would like. Around the 2010 to 2013 model years, there were a few complaints about turbocharger problems.

It’s crucial to conduct thorough research on a model before making a purchase if you want to avoid issues down the road. Learning how to solve these issues will help you avoid wasting time and money on junk cars. You don’t want a junk car for yourself, I can assure you of that.

Getting the ideal vehicle for yourself can also bring happiness and fulfillment to you. A man in frustration can be seen from far away. Don’t be that guy. Here are some of the Mini Cooper’s best years:

The Mini Coopers produced in the last five years, starting in 2018, are the best they’ve produced since BMW took over and have also gotten the fewest complaints of any other model.

Although the Mini Cooper’s older engine design was replaced, the advantages weren’t immediately seen, but by 2018, dependability had improved. Powertrain advancements have contributed to the dependability improvement in part.

The current reliability of the latter model Mini Coopers is affected by changes to the vehicle’s chassis, foundations, and transmissions.

Is the Mini Cooper worth buying?

There have been no significant reports of reliability problems since the third-generation Mini Cooper was unveiled in 2014. They are renowned for being dependable vehicles that do not have the severe transmission or engine fire problems of the past.

They still have potential problems, just like any car. The labor and parts cost may also be greater than usual because the vehicle is imported in many countries. If you wish to prioritize dependability and reasonably priced repairs, you need to think about this fact.

What are the most reliable Mini Cooper years?

Model years 2016 and 2017 of the Mini Cooper are the most reliable years.
The 2016 and 2017 Mini Cooper models should be at the top of your priority list if you have a knack for recognizing high-quality vehicles on the secondhand car market. They are subcompact cars that are dependable and have gorgeous designs.

What is the best year Mini to buy?

The best year Mini to buy is Mini Cooper produced in the last five years, starting in 2018. They are the best they’ve produced since BMW took over and have gotten the fewest complaints of any other model.

How many miles do Mini Coopers last?

Mini Coopers are known to last between 150,000 and 250,000 miles. However, this entirely depends on how well the vehicle was cared for by its previous owner. When purchasing a used car, obtaining a copy of the maintenance history is critical.