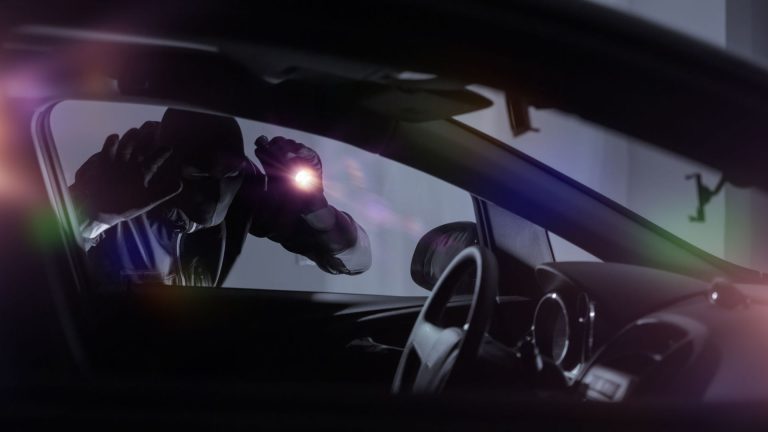 With the introduction of anti-theft systems in modern cars, drivers don’t have to worry as much about getting their vehicles stolen. While these systems now come as a factory setting on most cars, the bad thing is that electrical faults could sometimes lead to system failures.

So, if you spot a service theft deterrent system warning on the dashboard, you might get worried about your vehicle’s security. This is a common problem on Chevrolet and GM models, so this guide will shed some light on the problem and ways of dealing with it to get your anti-theft system up and running.

A theft deterrent system is a safety feature in Chevy and GM vehicles that acts as an anti-theft system. If the system detects a break-in attempt, it will signalize the owner via an alarm and utilize systems to prevent the engine from starting without a key.

The system operates electronically via numerous sensors in the car and on the vehicle’s exterior. All these sensors and electrical connections that operate the system could sometimes go bad. So, it leads to the service theft deterrent system warning appearing on your dashboard.

Also, it sometimes makes the car alarm keep going off and similar strange occurrences are caused by the system malfunction. Nevertheless, the most important thing is that the system’s malfunction might make your car exposed to theft attempts.

So, as soon as you see the light glowing up on the dashboard, it’s a warning sign that you should inspect the anti-theft system and service it.

To get you on the right track in terms of fixing this issue as soon as possible, our team will go through the main reasons behind this warning light. It can be a difficult assignment to figure out what’s exactly wrong with the system, so here are some of the most common reasons:

If your car’s alarm is going off, you can deal with it by using the key fob and the unlock button, or starting your engine. Restarting the car can sometimes also help make the alarm stop since the system should recognize the original key fob regardless of the problem.

Still, if this happens, it’s most likely a form of an electrical problem and it’s best to leave it to a car electrician because of it. Theft deterrent systems are complex and if you don’t have any experience, it’s better not to tamper with the system and risk the problem getting even worse. At least it’s good to know what the problem is about since GM vehicles have unique warning codes like service StabiliTrak messages that may appear confusing at first.

As mentioned, you should normally be able to use your key fob to disable the alarm by either using the button or placing the key into the ignition. However, if that doesn’t seem to work, you might be dealing with a dead key fob battery or a damaged key fob.

If you’ve dropped your key it might have resulted in a damaged key fob, so you can try using the spare key to adjust the alarm. If the spare key works, the problem could be triggered by the system not recognizing the key fob.

It’s also possible to replace the key fob battery in case this problem was the culprit behind the faulty theft deterrent message on the board.

The entire anti-theft system in your car operates electronically, so the next thing you’ll want to inspect is the electrical connection. First off, there could be a problem with the key fob transponder which is used to submit information to the system.

There’s also the possible immobilizer damage or the problem caused by the immobilizer not recognizing the chip within the key fob. These are all problems that potentially lead to theft deterrent system faults, even though it doesn’t seem like much of a problem at first.

You can also get help from a car electrician to inspect the system’s physical connections and wiring to check if that’s the culprit behind the warning.

Like every other electrical system in your car, the theft deterrent system is powered by the battery. So, if both the service theft deterrent and battery discharge warning appear on the dash, low battery voltage is likely the reason.

This one is at least easy to check – you can use a voltmeter, and if the battery voltage is lower than 12 volts, there’s something wrong with the battery. The anti-theft system recognizes low battery power and that’s the likely reason why it has malfunctioned in this situation.

Besides checking the electrical connections, battery, and key fob, there’s always the possibility of a faulty anti-theft system itself. This often happens if the vital components of the system fail, and it’s a dangerous scenario since you won’t be able to use your theft deterrent system until you fix the system.

Some of the key components that could malfunction include immobilizers, proximity sensors, and sound sensors. Also, it could be the fault of the sensor that tracks physical movement in the door area, so if anyone aggressively touches the door handle without a key, the alarm activates.

The most common situation is sensor malfunction, so fixing or replacing the damaged sensors should get your theft deterrent system up and running again.

The easiest way to fix your theft deterrent system malfunction is to refer to the owner’s manual of your car and try to reset the system. It usually involves keeping the key in the ignition by turning it to the “on” position, but not starting your car.

This works for most Chevy and GM vehicles, but you should check the exact procedure for your car in the manual. If you can’t seem to reset the system, there are a few things you can try before having an electrician inspect it and replace the damaged sensors.

You can try using a spare key fob or pull out the anti-theft system fuse and return it to the fuse box. If that doesn’t help, you can try disconnecting the negative battery terminal and re-attaching it to reset the electrical systems in your car.

If nothing seems to work, and the theft deterrent system warning still appears on your dashboard, you’ll have no other option but to take the car to an electrician for an inspection.

Ultimately, if you spot a service theft deterrent warning on your car’s board, it’s a sign to inspect the anti-theft system and try to figure out what’s causing the warning. It can be something as simple as a faulty key fob, or something as bothersome as a malfunctioning sensor or immobilizer.

Still, it’s not the best idea to keep parking your car with a faulty anti-theft system and leaving it exposed to thefts. In that light, we hope that this guide will give you an idea of the possible causes behind the warning and what to do about it.

How do I get rid of the service theft deterrent?

You can try resetting the system to get rid of the service theft deterrent warning, and you can find the exact reset procedure in the owner’s manual or try doing it by putting the key into the ignition and leaving it there for 10 minutes to see if the system will recognize it.

What triggers the theft deterrent system?