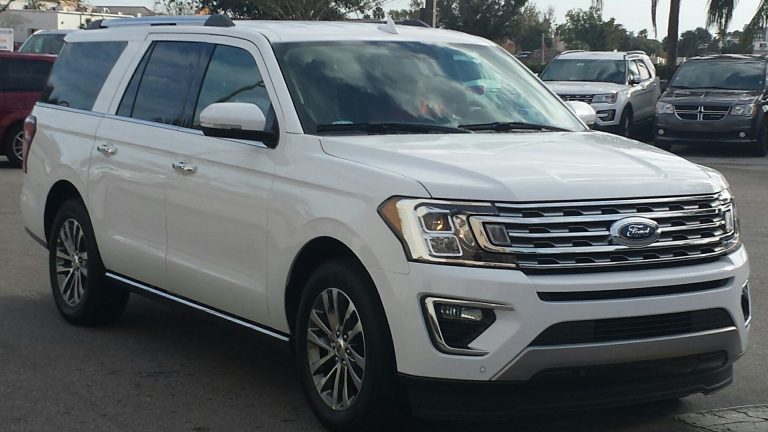 The first thing that enters most drivers’ minds when the Ford Expedition pops up is space. It has enough room to comfortably seat eight passengers and a lot of luggage for any trip. For this reason, it has been a staple choice of transport for large families.

Though the Expedition continues to feature on the market as a dependable family ride, there are some model years you should avoid if you wish the wholesome Expedition experience without many inconveniences. This article gives the Ford Expedition years to avoid and why.

It is good practice to research the common problems that plague any vehicle you set your mind on before purchasing it so you can have a fair idea of the repairs you most likely may face later. Knowing these issues helps you understand some preventive measures you can take and how best to fashion your maintenance routine. Here are the most common Ford Expedition problems.

The problem of ejecting spark plugs probably has the most complaints from drivers due to its alarming and frequent nature. Drivers reported that they noticed one of the spark plugs was disconnected from the head right after they heard loud popping noises coming from under the hood.

The models worst affected by this problem are the 1997 to 2007 Expeditions. The cause of the issue was traced to the threads on the cylinder heads of the affected vehicles, which were too soft or short to handle the engine’s combustion pressure.

Ford issues many technical service bulletins (TSBs) to help mechanics accurately correct the problem. Drivers also had to replace the cylinder head of their Expedition when addressing the issue so that there was no recurrence.

Some models of the Ford Expedition have experienced electrical problems on different scales. Of worthy mention is the 2016 model year which had quite a large number of electrical faults, which were significant causes of touchscreen display issues, defective heated seats, burnt wiring, and power liftgate problems.

Several Ford Expeditions had a problem with their ignition coils due to their excessive gaps between spark plugs. The most affected models were those of 1997 to 2011. The ignition coils, the coil boots, and the spark plugs had to be replaced for the problem to be thoroughly dealt with.

Some Expedition drivers report air rushing out of the canister when the vehicle’s back end starts to drop. Others complained that the car felt uncontrollable after the incident, and these complaints show signs of a failed air suspension.

To repair the issue, drivers had to replace the faulty suspension components. Experts suggest using conversion kits to convert the air suspension to a regular one. If you choose this opinion, consult a mechanic you trust before proceeding.

The positive crankcase ventilation (PCV) hose is vital to the PCV system. It draws excess combustion gasses from the crankcase, sending them back into the engine using the intake manifold, where they get burnt instead of being released to pollute the atmosphere. A damaged PCV is a major cause of whistling noises, rough idling, vacuum leak, and engine crankcase pressure issues. It also reduces the fuel efficiency of the Expedition.

The model years of the Expedition, which are worst hit by this issue, are those of 1997 to 2004. Drivers of the affected vehicles had to replace their PCV hoses with new ones. If you are buying any of the Expeditions from those model years, replace the PCV hose before usage to avoid taking chances with your vehicle and waiting for the problem to occur first.

The exhaust gas recirculation (EGR) sensor is responsible for detecting the movement and position of the EGR valve pintle. If the EGR sensor sticks in the closed position, it would inhibit exhaust from entering the engine. Because of this problem, the engine could emit pinging or knocking noises due to the rising temperatures.

However, if the EGR valve sticks in the open position, it would allow too much exhaust into the engine, increasing the possibility of oil leakage into the exhaust system due to failed turbocharger seals.

The models of 1997 to 2007, 2012, and 2017 Expedition units are worst hit by this problem. Both the EGR sensor and valve should be replaced for the issue to be completely resolved.

Many 2007 to 2016 Ford expedition models have manual fans and temperature controls. These controls are reported to have lower motor problems which cause them to work only on certain settings, usually the highest one.

For most affected vehicles, the cause of the issue is a faulty blower motor resistor which is usually replaced to fix the problem.

Which Ford Expedition years to avoid

Though the first-generation Ford Expeditions were incredibly advanced for their time, they still had some flaws and should generally be avoided unless you are a collector of old cars.

The 1999 Expedition model was prone to having ignition coil problems as the gap between its spark plugs was excessive. Drivers also experienced a lot of stalling and rough idling. The airflow sensor also failed, and overheating was a serious problem.

Ejected spark plugs and cracked PCV hoses were also a problem for the 1999 Expedition. With all these issues, it is clear to see the inconvenience it puts drivers and their pockets into.

The 2000 Expedition was no better, and it had inherited most of the problems of its predecessor.

The second generation of Ford Expeditions was riddled with accessory and engine problems. Its engine problems were most problematic and dangerous as some drivers experienced the Expedition’s engine shut down in the middle of the open road as soon as the check engine warning light went on. The 2004 and 2006 models are notorious for this issue.

The 2005 model is best remembered for its paint problems. Drivers who owned the 2005 Expedition model had to pay for extensive repairs to remove the peeled, bubbling, and chipped paintwork, replacing it with a fresh one.

Like every other Expedition of the third generation, the 2011 Expedition model was prone to MAF sensor failure, sticking spark plugs, EGR valve and sensor issues, body panel corrosion, and faulty blower motor resistor.

These models have fewer complaints and can be counted on to fulfill the promise Ford advertises for the Expedition. Recent models of the Ford Expedition have great aesthetics and include many new technologies promoting ease of rides and safety.

Is the Ford Expedition worth buying?

Before getting a Ford Expedition, it is essential to consider its maintenance costs. Like many of Ford’s other models, the average annual repair cost of an Expedition is relatively high when compared with other brands. In compensation, the Expedition lasts close to 250,000 miles on average, which is pretty high.

If you consider buying the Expedition to sell it after some usage, you will find it a worthy investment as it holds up to 55% of its original value after three years. With the proper maintenance, it is easy to sell a used Ford relatively faster than you would sell some other brands of the same size.

What is the most reliable Ford Expedition year?

The recent models of the Ford Expedition have fewer complaints and better performance. The model of 2020 is considered the best as it has proved its worth in the past year.

What are the common problems in a Ford Expedition?

What is the average lifespan of a Ford Expedition?

The average lifespan of a Ford Expedition is 244,682 miles. Compared to other vehicles of the same size, the Expedition proves to be quite durable and rugged.

Which Expedition year is the best to buy used?

The best Ford Expedition on the used market is the 2020 model year. It delivers excellent performance even after 100,000 miles.