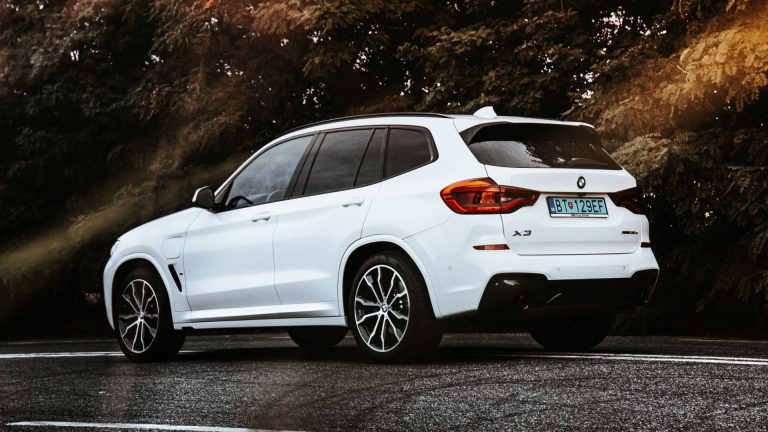 However, despite the excellent reputation the X3 has built for itself, some of its models are best left alone. They veer far away from the current general image the X3 has and pose more of an inconvenience than a means of transport. This article reveals those BMW X3 years to avoid and why.

Not minding its prestige, the BMW X3 has problems common to it, like other vehicles. It is helpful that you know these problems so you would be better prepared both mentally and pocket-wise when they do appear. Here are the most common issues drivers of the BMW X3 are most likely to experience.

For one, the plastic timing chain guides of the X3 are prone to breaking due to the stress the material is placed in connecting the timing chain to the camshaft and crankshaft. The breakage is a driver’s worst nightmare as an issue that looks so simple can create a need for a new engine.

It is best to notice the signs before the deed happens to avoid spending so much on repairs due to a broken timing belt guide. Poor handling, engine misfires, oil leakage, rough idling, loud whining, knocking or rattling noise from the engine and lack of power are signs you get before the guide snaps off completely.

The X3 sometimes experiences a cooling system failure or malfunction, primarily due to a faulty thermostat or bad housing. It could be that the thermostat is defective and not cooling the engine effectively, or one of the fans is broken. The malfunction could also be because of low coolant levels, a broken water pump, clogged radiator fins, or a busted radiator cap.

The solution to this problem of difficult steering is pretty simple, but the inconvenience it causes before repair leaves much to be desired. Replacing the steering and changing the steering fluid is all the fixing the issue requires.

Although this issue is not severe and costly to repair, it is essential to know why it happens and how to prevent it, as it can be pretty unnerving.

Often, the door seal collects dust and dirt during rides which causes them to loosen up a bit over time. The loose seal usually causes excessive vibrations, making it look like the window is rattling. Sometimes, the malfunction is due to a loosened sash, loose window glass, or a compromised weatherstrip.

The valve cover of the X3 is made of plastic, which is why the X3 suffers from oil leaks. Using plastic as the base material for a valve cover is not a good idea as it wears out faster than other materials.

The gasket of the X3 is also notorious for deteriorating quite early. It is another reason for oil leaks in the engine.

A proper maintenance culture prevents oil leaks due to worn gaskets. That way, you would know when to replace the gaskets, which is not expensive. If the valve cover needs replacing, it is best to take it to the mechanic for professional work and possible inspection.

The engine oil leak is a serious problem for the X3. Aside from being caused by worn gaskets and valve covers, it can also be caused by a worn-out oil filter or a broken filler cap.

A worn oil filter is dangerous, not just for the oil leak it causes. Without the oil filter keeping contaminants out of the engine, the engine gets exposed to debris and buildups, which find their way to the engine unhinged. Subsequently, it can be the leading ingredient for total engine failure.

A broken filler cap is a less complicated issue and can easily be fixed by readjusting the cap filler or replacing it with a new one.

The sunroofs of X3s are known to rattle and leak sometimes. The reason for the rattling and leakage varies from a few loose screws to the flexing on the roof panel stiffeners. Sometimes, the rattling sound is due to a jam in the sunroof’s mechanism, a drive over uneven surfaces, or a bump.

The reason for leakages on the sunroof is more unhinged and uncertain. However, it is a big problem in the rain as it poses a big inconvenience. It might seem like a minor issue as it does not affect the X3’s drivability, but it takes the comfort out of the luxury.

Which BMW X3 years to avoid?

It is essential to know which model years are most riddled with problems, so you can avoid them. Below are the BMW X3 years you should avoid.

The 2007 X3 is a reliable vehicle but is best avoided due to the several issues it is prone to developing, such as coolant loss, engine mount bolt fails and oil leakages.

Oil leaks were the most severe problem the 2007 X3 battled with due to the faster wear of its valve cover and gasket. It also suffered a lot from a coolant leak. These two problems made many drivers avoid the 2007 X3 altogether.

The 2013 X3 is noted as the worst year for the X3 series. Drivers reported over 300 complaints to the national highway traffic safety administration (NHTSA), most requiring expensive fixes.

BMW, in a bid to redeem the X3 after the poor result of its 2013 model, dealt with most of the issues the 2013 model was most notorious for. However, the 2014 model came with problems that made many drivers complain. Most of the complaints were about the body and engine.

Unlike the 2013 and 2014 models, the 2017 X3 has a better reliability rating; it is not on this list because of a barrage of problems. Instead, it is best avoided for safety reasons due to its severe battle with brake failure.

The brake system of the 2017 X3 is notorious for failing, especially at odd times. It is a better bargain in the used market as, more often than not, previous owners have had to fix the problem so they can use the car safely.

The X3s of the third generation fared a lot better than those of the first and second generations, as expected. However, the vehicle is a bit disappointing compared to the others of its era. It had many problems with its electronics and software, which were more inconvenient than luxury.

Whether you are shopping for a fresh or used BMW X3, here are the model years you should look for to get a good bargain.

These models have the best reliability ratings compared to the other models of their generation. They are also the best options you should look out for when buying a used X3.

Is the BMW X3 worth buying?

The BMW X3 delivers on what it promises. It has a good fuel economy, plenty of room for passengers and cargo and mighty engines that rise to the occasion when needed. It also holds its value, ensuring that you get a good profit based on the value of the car at the time whenever you decide to sell it.

The X3 will last as long as the average car, reaching 200,000 miles with the proper care and maintenance. Suppose your desire for the X3 is rooted in luxury. In that case, you will have few complaints as the interior and organization of the X3 are fashioned to give the taste of high-quality luxury.

What are the most common problems with the BMW X3?

The most common problems that plague most BMW X3s are sunroof leakage, oil leakage, steering problems, coolant leakage and overheating. These issues are best treated before they escalate into something worse.

What are the most common problems with the BMW X3?

The most common problems that plague most BMW X3s are sunroof leakage, oil leakage, steering problems, coolant leakage and overheating. These issues are best treated before they escalate into something worse.

Which BMW X3 is reliable?

The most reliable BMW X3 is that of the 2021 model year. It contains the best combination of luxury and engine power among all the X3s and has the highest reliability ratings based on its safety and performance.

How long does a BMW X3 engine last?

On average, the BMW X3 engine can reach 200,000 miles. Sticking to a proper maintenance schedule can make the engine go beyond 200,000 miles.

Which BMW X3 had the most issue with timing chain guides?

The 2013 BMW X3 had the most complaints about the timing chain guide. The guide was prone to breakage, which could prove fatal for the engine, requiring the driver to replace it.