Water leaking inside car passenger side — causes and fixes 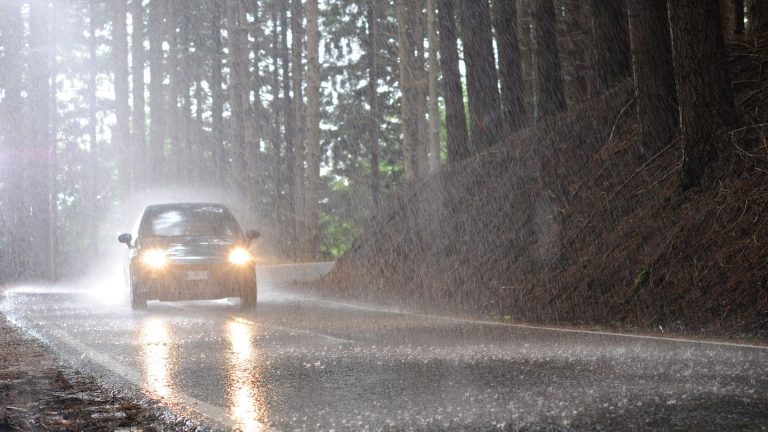 Every car has several types of fluids in the system, and finding a leak or a puddle in the interior is never a good sign. Especially if there’s water leaking inside the car’s passenger side, it can cause mold and a bad smell coming from the factory carpet or a floor mat.

So, what’s the cause and what do you have to do to fix the leak and remove the puddle on the passenger’s side of the carpet? Our team will help you deal with this problem and solve the case in this thorough guide containing possible reasons behind the leak.

Main reasons for water leaking on the passenger’s carpet

It’s always difficult to pinpoint the source of a leak in your car’s interior since there are various reasons behind the leaks on the passenger side of the carpet. Here’s a list of the most common causes of the leak to help you pinpoint the source:

If there’s water leaking into your passenger’s floor mat only when it’s raining it’s possibly due to damaged rubber seals. These can be found on the doors and windows, and if you have a glass roof it can also be the culprit.

However, this problem can also indicate a bad A/C evaporator or a heater core, so let’s take a closer look at the symptoms.

Problems with the leaking windshield

It might not sound as common, but a leaking windshield is one of the main reasons behind puddles of water forming on your car’s carpet. If you are only noticing the leak on the passenger’s side of the floor, and the dashboard seems dry, it’s possibly due to the upper windshield seal.

It’s the seal between the roof and the windshield and if it leaks, water will enter the car’s interior when it rains. Due to gravity, it will leak to the glovebox compartment and reach the floor mat. If you happen to notice the leak soon after replacing the windshield, this is possibly the culprit.

However, there’s another possible reason why your windshield might be leaking. You should check the “cowl” area which is where the HVAC system draws in fresh air from the outside. The duct can be damaged and cause water to enter the system.

Also, there’s a piece of plastic cover that guards the duct, so it can cause a leak which would eventually reach the passenger’s floor mat.

Water leaking through the sunroof

Another reason why you might get a wet floor on the passenger’s side of the car when it’s raining is due to sunroof leaks. There’s something called “weatherstripping” which protects the lines of the glass roof and prevents water from entering the cabin.

These parts can also degrade over time, and could cause a leak when it’s raining. The water could leak down the A-pillar and find its way to the floor. At least it’s easy to check this possible reason by taking a look at the lines of your glass roof.

The problem can also lie within the A/C system drain tubes and the faulty evaporator. These systems are used to draw the excess heat out from the car, and the leak can originate from these parts. The drain hose could leak water back into the cabin and onto the passenger’s side of the carpet.

If the evaporator gets clogged, it won’t be able to draw heated air out from the cabin. To make things even worse, a clogged A/C evaporator will then force the heat back into the car and it will condense and create a water leak in the cabin.

One of the signs of a bad A/C evaporator is if the A/C is blowing hot air, so that’s a sign you should take a look and fix the clog.

Worn rubber seals on the doors and windows

You can visually inspect the seals and weatherstripping to determine if that’s causing the leak. Parking your car exposed to the sun frequently could cause these rubber components to degrade.

The final scenario includes a leak caused by a faulty heater core. This part is located behind the dashboard and therefore it makes sense that you would find a leak right on the passenger’s side of the carpet.

The heater core distributes the coolant liquid through the cooling system of your car, and it consists of tubes and blowing fins. The heater uses the heat produced by the car’s engine and blows it into the cabin as you turn the A/C hot setting.

The heater core is also used when you press the button for clearing out a foggy windshield. So, if the core can’t do its job, some of the coolant liquid might reach your passenger’s side floor. It will cause a puddle that isn’t exactly watery but rather has a sweet smell of the coolant.

How to fix a leak on your car’s passenger side floor?

To fix the leak on your car’s passenger side floor and prevent puddles from forming again, you should first inspect the rubber seals and window lining. You can have someone sit in your car as you wash your car to see if they can spot the leaking part of the seal.

In case of a bad evaporator or a heater core, the only thing you can do is replace the faulty component. The best advice is to drive straight to a mechanic if you can’t seem to find the source of the leak on the linings and rubber seals.

In the end, if you spot water leaking inside the car’s passenger side, it could be an even bigger problem than just mold and a bad smell. You should also check the evaporator and heater core which serve a crucial role in how your A/C cooling and heating operation.

Hopefully, this guide will be enough for you to diagnose the issue and find a solution by replacing the rubber seals or the leaking A/C parts.

What causes the water in the passenger footwell?

The water in the passenger footwell can be caused by a leaking rubber seal on the doors or windows, a sunroof leak, a windshield leak, or problems with the A/C evaporator or heater core.

What should you do if water is dripping on the interior floorboards when the A/C is on?

If the water is dripping on the interior floorboards when the A/C is on, you should have the evaporator and the heater core of the car inspected.

Why is my passenger side floor wet when it rains?

Your passenger side floor is wet when it rains due to bad rubber seals on the doors and windows, or a leaking windshield.

Can I drive my car if it’s leaking water?

You can drive your car it’s leaking water, but it can cause a bad smell in the interior and you might have A/C problems like only blowing hot air.