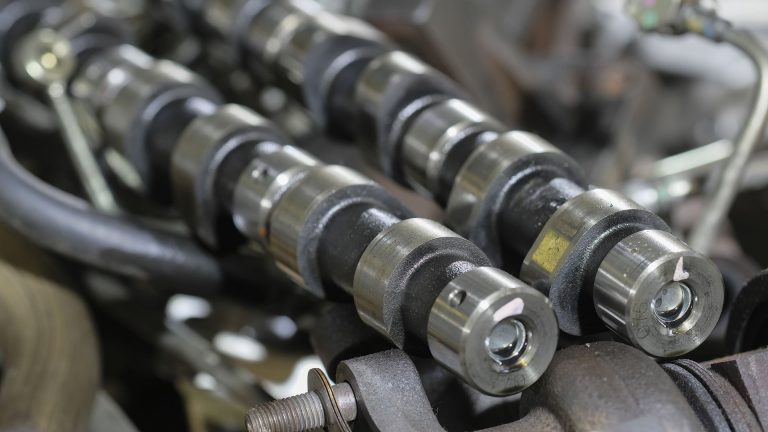 The camshaft is a shaft to which cams are attached. The cams are used to open and close the valves in an engine, and the camshaft is turned by the crankshaft. In order for the engine to run smoothly, the timing of the opening and closing of the valves must be carefully controlled.

The camshaft is made up of a series of cams, which are bumps or protrusions that act on the valves. When the camshaft is turned, the cams push on the valves, opening them to allow air and fuel into the combustion chamber, and then closing them again to trap the air/fuel mixture so it can be ignited.

The timing of the opening and closing of the valves is critical to the operation of the engine. If the timing is off, the engine will not run properly. The camshaft must be timed so that the valves open and close at the correct time in relation to the position of the pistons in the cylinders.