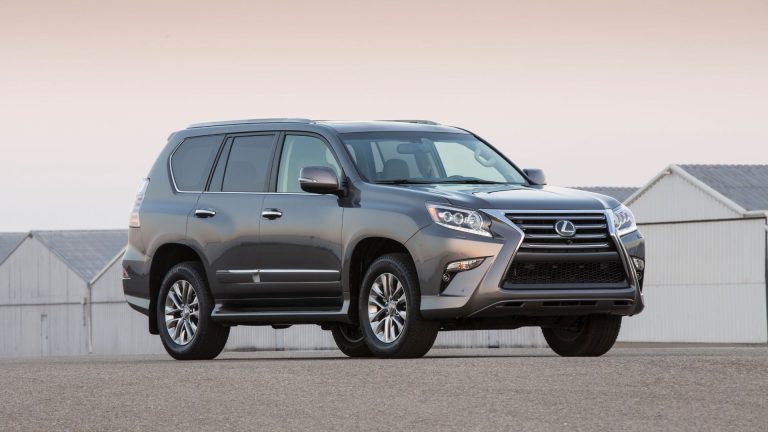 With the GX, Lexus wanted to offer something remarkable to the automotive market with a luxurious full-size SUV that came cheaper than its rivals. It’s no secret that Lexus doesn’t make any compromises with the build quality and premium materials, and the GX 460 is the beloved 4.6-liter V8 version.

As a quite common car on US roads, it’s natural that there are some Lexus GX 460 model years to avoid. It’s overall a dependable SUV model, but you can go the extra mile and rely on our guide to help you find out about the bad production years and avoid these models.

Over the years, Lexus GX 460 proved to be a reliable SUV with an engine powerful enough to carry the heavy chassis, while still being reliable and sturdy. The 4.6-liter could truly shine in its full light, but there were several problems with this model version.

The main issues included a fuel pump failure and the airbag inflator issue that posed a safety concern. Also, there were issues reported concerning the electric stability control system and the steering response.

There were also some slight electronic system issues, mostly with the electric mirror adjustment and the remote starting system. On the bright side – there weren’t many serious engine and transmission issues during production, which is an encouraging thing.

One of the biggest problems with the GX 460 was the low-pressure fuel pump fault. This manifested through engine combustion problems since fuel wasn’t properly directed from the tank to the combustion chamber.

Because of this, certain combustion problems such as misfires, engine stalling, or sluggish acceleration could manifest in the car. Luckily, there was an official recall by Lexus in 2020 and it mostly concerned 2014 to 2015 Lexus GX 460 models.

Certain GX 460 model years also dealt with airbag issues from the SRS light that was glowing without a reason, to airbag inflator bag malfunctions. In the worst-case scenario, the latter caused serious safety threats since the inflator bag explosion led to small metal fragments flying around the car.

Of course, this is a rare situation and luckily there have been few recalls concerning these issues. The model years that were mostly hit by the airbag issues were 2010 to 2017, and the problem has been completely fixed for later model years.

When it comes to driveability, the worst problem of the GX 460 was the occasional stability control system error. This concerned the vehicle’s steering precision since the stability control system often caused understeer on slippery roads. It’s an issue similar to the service StabiliTrak message that GM car owners may get, as a system similar to ESC systems on other cars.

The function of the system is to provide proper feedback from the road and add up to the traction of the vehicle, so it’s an important safety feature that shouldn’t malfunction. There wasn’t an official recall for this problem, but at least it’s quite straightforward to check it yourself.

Finally, perhaps the least concerning problem of the GX is the bothersome electric system issue on the GX 460 model. This problem even affects the latest model years and it mostly manifests through inoperable remote starting systems and door handle issues on some cars.

Which Lexus GX 460 years to avoid?

After giving you a brief overview of the main flaws of the GX 460 model, it’s time to deal with the exact model years where these flaws were common. Some of the most problematic model years include the early production years from 2010 to 2015, while model years up to 2017 had airbag issues that led to a recall.

While the Lexus GX started its journey as the full-size Lexus SUV in 2002, the GX 460 version only exists in the second generation. So, it’s the only generation of the GX that’s powered by a 4.6-liter naturally-aspirated V8, but we still have to see what will happen with the next generation.

Even so, the issues in this generation mostly include the main GX 460 problems in the 2010 to 2015 model years. Among these, it’s best to avoid the 2010 model year as the initial production year of the second-generation GX.

It mostly suffers from fuel delivery system faults and airbag issues, so the best move is to buy a later version. The 2011 and 2012 versions are still better than the 2010, and it’s also a good idea to steer away from the 2016 model version that had airbag inflator issues and electrical system faults.

We don’t want to scare you by making you think that the GX 460 is a bad model. It’s perfectly normal for every model to have some bad production years, and it’s a good thing we’ve cleared those out. So, let’s proceed with our list of the best Lexus GX 460 model years to help you buy the most reliable car:

Overall, the Lexus GX 460 is a reliable ride and a luxury-class SUV that will never leave you on the road due to engine or transmission faults. Considering the problems that it does have, it’s not such a tough or expensive car to maintain, and regular servicing should do the trick in making it last up to 300,000 miles.

The engine itself is powerful enough and reliable, and the biggest problem is those few problematic years with fuel delivery issues and airbag issues. In that light, we hope that our guide will do you a favor and help you with the selection of the most reliable GX 460 model year to purchase.