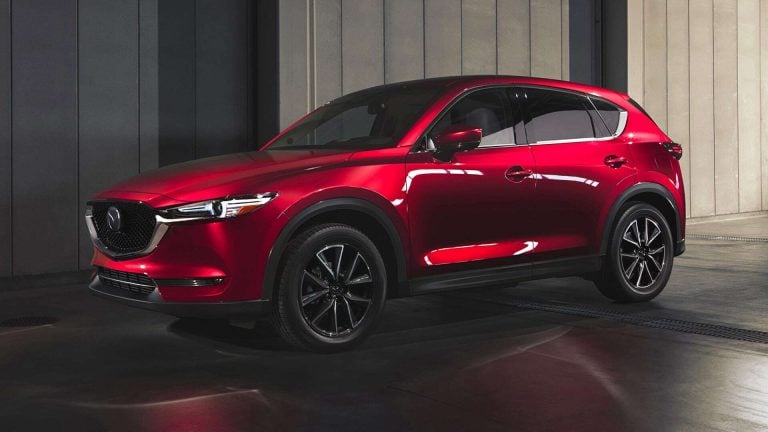 If you are on the market searching for a compact SUV or crossover, going for Mazda CX-5 seems like one of the best options. It’s been one of Mazda’s flagship models for years, ever since it first made its debut in 2012. The redesigned version gained even more sympathy from car enthusiasts due to its sharp and modern design.

However, before you buy one, you should be familiar with the Mazda CX-5 years to avoid so you can go with the best model year. That’s why our team decided to prepare this guide for you as we go through the best and worst Mazda CX-5 model years!

During two generations of Mazda CX-5 production, drivers have complained about quite a few issues about this otherwise reliable car. Some of the biggest problems that drivers have faced include headlight failure and engine not shutting off the right way.

In the case of the latter issue, turning the engine off wouldn’t shut down all the electrical features and the battery kept working. This often caused parasitic drain and a battery discharge warning the next time a driver steps into the car.

Other problems with the CX-5 include a windshield defroster issue and a cracking windshield, along with sunroof issues and other electrical issues. Overall, the car rarely had an issue reported on the engine or transmission failing, which is a good sign. Still, there have been a few reports of transmission control module (TCM) software errors on some models.

Electrical features working after the engine shuts off

This is probably the most annoying and persistent issue that drivers have faced with the CX-5. It often happened right after shutting the engine off and the driver could walk away from the car not realizing that the radio and other features are still on.

It caused car starting issues further down the road since the battery would normally drain completely by the next time a driver enters the vehicle. This issue is suspected to be caused by the faulty ignition system and it required the most servicing efforts on the 2014 CX-5 model.

Another common problem that the CX-5 drivers have faced frequently over the years is sensitive windshield glass. There have been numerous reports of the windshield glass cracking for no apparent reason and the crack expanding so much that it required immediate replacement.

Another problem that drivers have faced regarding the windshield is a defroster problem which mostly appeared in 2016 and later model years. The visibility was significantly reduced because of this, and sometimes it was required to change the defroster device to restore proper visibility.

Besides the problems caused by the electrical systems staying on in the car even after shutting the engine off, there have been a few more electrical issues. Most notably, these included infotainment system errors and dashboard light issues.

The electrical problems were most common for the second-generation Mazda CX-5, so it’s an issue to keep an eye out for if you are shopping for this car.

Finally, we face one of the more serious problems and it’s a good thing that it’s not that common for all the CX-5 models – the TCM error. Some software errors were present that could even lead to engine stalling issues.

The TCM error was most commonly associated with the 2018 and 2019 Mazda CX-5, but it seems to have been settled for the later models in the second generation.

Which Mazda CX-5 years to avoid?

Based on the mentioned problems, there are a few Mazda CX-5 model years that you should avoid. It’s overall a reliable compact SUV equipped with revolutionary SkyActive engine technology, but electrical issues and TCM errors could make it all go in vain.

So, to avoid having to deal with the bothersome repairs, it’s best if you avoid buying a Mazda CX-5 in the following model years:

Through the extensive history of Mazda, their models have been known for their reliability and it all started in the same way with the CX-5. Surprisingly enough, the common problems driver have encountered didn’t start with the first year of the model’s production.

So, initial problems were reported for the 2014 model year and these included electrical issues like electrical features staying on even while the engine isn’t running. Another issue is that some drivers have reported that their car turns off while driving, and this lead to big safety concerns.

The 2015 model and 2016 models have also faced some issues with the transmission and vehicle going forward in a jerking motion while stationary. Another common issue is headlight failure that required replacement lights, so it’s best to steer away from these model years.

The second generation of the CX-5 started production in 2017 and some issues were reported with the 2018 and 2019 model years. The biggest concern of the drivers was the TCM error that sometimes caused the engine to stall. This also triggered a recall by Mazda in 2019 and you should at least check if the model you’ve got your eyes on has been recalled and fixed.

Also, these models have faced some critics for the infotainment system faults like radio changing stations on their own and touch-screen system failure. On top of that, there have been some issues with the windshield defroster, so it’s better to go for later model years instead.

While these listed issues might seem like a lot to deal with, the CX-5 is a rather reliable car. You can get the most out of it by steering away from the problematic model years and picking the more reliable ones. The first year of production and later model years of the second generation should set you on the right track with minimum required repairs.

Here are the best model years to choose from when it comes to buying Mazda CX-5:

The 2013 model year didn’t face as many issues with electrical systems running with engines being shut off as later model years. It’s the best pick if you are shopping around for the first-generation Mazda CX-5, and the best engine option is a 2.5-liter SkyActive four-cylinder.

It had just enough power for a compact family SUV with more than decent fuel economy thanks to the SkyActive technology. On top of that, there’s the 2.5-liter turbocharged engine that offered a better performance which got added later on in the second generation.

Is the Mazda CX-5 worth buying?

When the time comes to make a final verdict on the reliability of this model, Mazda CX-5 deserves praise. While there have been a few problematic model years like 2014 and 2016, it’s still worth buying the car with these issues addressed in recalls and fixed.

Additionally, the 2018 and later model years ended up earning a 5 out of 5 when it comes to NHTSA’s safety scoring. So, it’s a great bargain for the price, especially if you can find a low-mileage car from the later model years of the second generation.

What are the best model years of the Mazda CX-5?

What is the lifespan of a Mazda CX-5?

If you avoid the problematic model years and service the car regularly, Mazda CX-5 can last 250,000 miles with the original engine parts.

What are the main problems of the Mazda CX-5?

The main problems of the Mazda CX-5 include a faulty ignition system that caused electrical issues with the engine shut off, TCM software errors, and windshield problems.