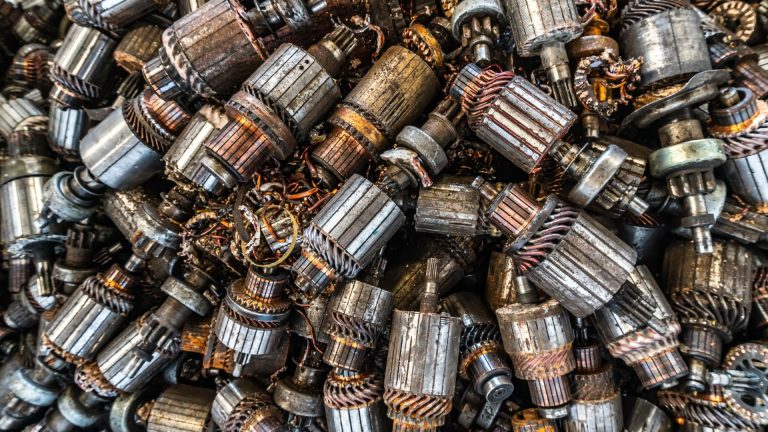 One of the worst problems that any driver can face is if the engine won’t start while you are in a hurry. And while many drivers immediately blame the battery, the problems could be much more complex. So, you must know how to recognize bad starter symptoms, having in mind that it’s a common culprit.

Our team wanted to make sure that you are well aware of the starter’s role in cranking your engine. So, this guide will provide insight into the importance of a starter motor and the main signs your starter is on its way out.

Why is the starter important for cranking your engine?

Your car’s starter is one of the essential components of the starting system, along with the alternator and the battery. The starter motor is a much more complex device than it seems by the sound of it, and it provides the initial air suction into the engine and gets the crankshaft to make that initial spin.

It does so by spinning the engine’s flywheel and delivering the initial power kick to the engine. After it does its purpose, air and fuel rush into the chambers to trigger the combustion and get you on your way.

But, to do this, a starter motor needs a powerful kick from the battery. Since your car’s battery is unable to produce that much electricity, there’s a small electromotor on top of the starter called the starter solenoid.

The rotator’s purpose is also great as it aids the pinion in delivering the torque needed for the flywheel to spin. The starter motor starts running as you put the key in the ignition and switch it to the “start” position. It relies on the electrical charge from the battery, and the signal sent by the ignition switch behind the lock to work properly.

To make things even more complex, the starter consists of a moving core within the solenoid that triggers the contactor switch and spins the rotator. It also needs an operational pinion to gear up with the flywheel of the engine and turns the crankshaft. So, you can see how it’s a complex motor and that’s sadly the reason why it can fail due to faulty components, bad battery, or a bad ignition switch.

Spotting the signs of a worn-off starter

As you can see from the description of how a starter works, it consists of a lot of moving parts and requires proper electric charge and sensor signals. It’s no wonder that drivers are bothered with the matter of how long a starter lasts since numerous unpredicted faults could occur.

With that in mind, let’s get into the main bad starter symptoms:

There’s also the scenario where the starter motor gets engaged and keeps running even after the engine cranks. This shouldn’t happen, since the ignition switch cuts the power supply as soon as you let go of the key after starting the car.

If the solenoid’s core doesn’t retract after engaging the rotator, you’ll hear a grinding noise under the hood after starting your car. It leads to the imminent starter motor failure and you won’t be able to start your car the next time you turn the key in the ignition if you don’t get it inspected.

There’s no cranking at all when turning the key

This is a common sign that the starter motor has failed altogether and requires a replacement. You have probably experienced elongated cranking while trying to start your engine at some point. Well, if there’s no cranking at all, and no other sound when turning the key either, the starter has died.

Since the motor can’t trigger the flywheel and get the crankshaft to rotate, there will be no cranking action. Your engine will simply stand still as if you weren’t turning the key in the lock at all. In this situation, it’s also worth checking the ignition switch along with the starter.

Ticking noise when starting the engine

If you hear a ticking noise like a loud clock tick, it’s a sign of a damaged starter that can’t engage properly. Although it might not be completely dead, it’s difficult to repair the starter. You can test this yourself by popping the hood open and tapping the starter physically.

If your engine cranks, it’s a sign of a damaged starter solenoid. Also, you should take a look at the power supply around your vehicle, since this can often be misplaced for a dead battery symptom. If the car won’t start but the lights come on, chances are that you are dealing with a damaged starter instead.

Try tapping it with a hammer or a rock just so you can drive to a mechanic instead of towing your car. Don’t do this more than a couple of times since it isn’t a long-term solution, but rather a sort of an emergency solution for the starter.

Smoke from under the hood

We discussed how to differentiate a bad starter from a battery issue to keep you from overheating it. It could be dangerous to keep trying to crank your car if you hear a ticking noise. A damaged starter will still try to crank the engine, causing an overheat.

Since it’s an electrical system, this could fry the connections and you might even notice smoke coming from under the hood. Still trying to crank the engine could lead to a fire hazard, so don’t push it if the starter seems dead and just ticks.

Battery warning on the dashboard

Since your car’s starter needs a battery to power the solenoid, a draining battery that can’t keep its charge could be the culprit. You can use a voltmeter to inspect the battery and if the charge is below 12 volts, something’s not right.

You’ll also spot dim interior lights and slower electrical window functions. It’s all a sign of a bad battery, and if the solenoid doesn’t receive enough electricity, it won’t be able to spin the rotator and move the pinion. So, the engine’s flywheel remains disengaged and there’s no cranking.

How to fix a bad starter?

Tapping the starter gently with a hammer is one of those temporary fixes. It will get your car rolling until you reach a mechanic shop or at least your home garage. Also, you could try to jumpstart the car in case a weak battery made the starter fail in the first place.

You can also check your battery terminals and the starter’s solenoid for corrosion and use a proper cleaning agent for the purpose to clean them up and try starting your car.

So, now you know how bad starter symptoms feel like, and you’ll be able to check for a bad starter on the spot where your car leaves you. Don’t panic and try to tap it to reach your destination, while replacing it with a new one is a certain long-term solution.

If there’s nothing you can do on the spot to get your car going, at least don’t push it with the key action to prevent the starter from overheating and smoke coming from under the hood.

What are the symptoms of a bad starter?

The main symptoms of a bad starter include a ticking noise when turning the key to the “start” position, a weak battery, or smoke from under the hood. You also won’t hear any cranking when trying to start your engine.

What usually goes bad in a starter?

The starter solenoid usually goes bad in a starter, and it’s an essential electromotor that powers the rotator and moves the pinion.

How can I test my starter?

You can test your starter by physically tapping it with a hammer or anything made of metal. If the engine cranks, you’ll know that your starter is damaged and requires a replacement.

Will a bad starter still crank?

No, a bad starter won’t crank if it’s dead or it will crank slowly just before it goes out.