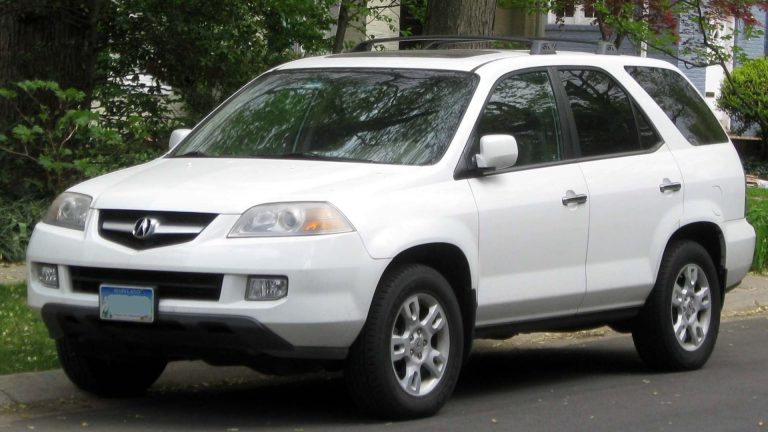 The ‘Multi-Dimensional’ luxury is the second-best-selling midsize luxury SUV produced by Honda under its luxury Acura division. True to its word, the Acura MDX is an absolute luxury, with its high-end features that deliver the best comfort paired correctly with the right style and superb performance.

However, only some models of the ‘multi-dimensional’ luxury vehicle deliver the same quality and finesse in a good ratio. This article reveals the Acura MDX years to avoid and which ones to consider if you want the best out of your luxury package.

The Acura MDX shares a common similarity with other vehicles – they all have problems common to them. You must identify these problems and map out a preventive maintenance schedule that will save you money and stress in the long run. Below are the most common Acura MDX problems you can expect when driving one.

It is usual for old vehicles to lose oil in between oil changes because of worn-out engine components and leaks. However, it is not unusual to have an Acura MDX that has this issue early in its life. The 2010 to 2013 MDX models were most affected by this issue, requiring oil changes after a few months of purchase, with the number of miles between each oil change growing shorter with time.

In response to the issue, Acura recalled all 2010 to 2013 model years to deal with the problem and extended the warranty of the affected vehicles to 125,000 miles or eight years. Each vehicle had to undergo a test to check how much oil the car lost after 1,000 miles before the warranty claim would be granted. Drivers unable to submit adequate proof of service history for the problem or buying the vehicle off the used market were also unable to take full advantage of the warranty claim.

Therefore, if you own any of the models between 2010 and 2013, you need to frequently check and top up the oil when necessary to ensure it does not run out and cause other severe engine problems. Repairing the issue entails tearing down the engine and replacing many components, including the pistons and piston rings. In worst cases, you would have to replace the engine entirely due to damage to the piston and piston rings which cause compression loss and an eventual engine failure.

Many models of the Acura MDX suffer from transmission issues. The problem is peculiar because it is not unusual for them to develop after only a few years of purchase and little mileage. Symptoms included lack of acceleration and slipping transmissions, hard and failed shifts.

The highest transmission failures were recorded in the 2001 and 2002 MDX models. Drivers of the first-generation MDXs complained of replacing their transmission more than once.

To address the issue, Acura upgraded the MDX’s transmission in 2003. The upgrade reduced the number of transmission failures drivers were likely to encounter on the MDX but did not eliminate some other issues. Many drivers of the 2004 to 2006 models experienced ‘shuddering’ from the transmission system, especially when traveling at 30 to 40 miles per hour.

The transmission issues continued onto later generations, becoming more noticeable in the 2014 and 2016 MDXs.

The Auto Idle Stop system was an effort to improve fuel efficiency on the MDX. The purpose of the system was to stop the engine when the vehicle came to a stop. The system allowed for the car to continue moving seamlessly when the driver stepped on the gas when it was time to move.

Despite its good intentions, the system proved difficult for most drivers. When engaged, it would work as it should but shift into neutral when the engine is fired back on. It would keep shifting into the drive until the car is restarted manually. Some drivers also complained that the system would report random errors on the dash.

The reason for the stalling behavior of the Auto Idle Stop system is tied to the strain it places on the 12-volt battery, especially in cold weather. Unfortunately, the system cannot be completely disabled, and it can only be turned off manually before moving.

Software updates and resets helped solve the issue. Replacing the 12-volt battery also helped with the issue. If you forget to manually turn the feature off, lightly stepping on the brake pedal can give you the needed break and not trigger the system into engaging.

Later, Acura revised the design of the HFL module, making it more reliable. Many drivers opt for aftermarket solutions cheaper than the replacement HFL modules Acura offered to have access to the Bluetooth functions again.

If the HFL module is disconnected and the issue persists, it could be that the alternator, audio amplifier, head unit or air conditioning compressor relay is having problems.

The Adaptive Damper System was an exclusive feature of the Sport and Advance models and used magnetic struts to give the vehicle better handling. These magnetic struts cost much more than the regular shock absorber, making replacements expensive when they fail.

Which Acura MDX years to avoid?

The reputation of the MDX grew from the success of many of its models, which performed excellently. However, some models are so flawed they should be avoided altogether. Here are the Acura MDX years you should avoid.

The major problem the first generation of MDXs had was transmission failure. For most of the model years, the issue occurred after 100,000 to 130,000 miles which is not too early. However, the 2004 model is the worst hit as it develops the problem as early as 84,000 miles.

The cost of repair these models require for the transmission problem, coupled with any other joint problem it might get, make them models to be avoided. Repairing the transmission alone costs over $4,000.

What makes the model unique is that other models afflicted with the issue do not require as much as it does for repairs. Repairing the oil problem of the 2010 MDX model can cause you to spend around $6,700.

Among all the MDX models you should avoid, 2014 is the worst. Aside from the transmission problems it is bound to develop, it also has many engine problems that happen early in the vehicle’s life.

The 2016 and 2017 models inherited similar issues from the 2014 model but with less intensity. Their matters were based more on the transmission than the engine. Nonetheless, they should all be avoided as they drain the pocket and often put drivers in uncomfortable situations due to sudden failure at odd places.

Here are the best Acura MDX models you should consider when purchasing.

These models have minor complaints and are very reliable. When searching the used market for one, it is best to consider the 2019 and 2020 models as they are more recent and have very few complaints.

Is the Acura MDX worth buying?

The Acura MDX is a worthy investment if you want a luxury SUV that is easy to drive. It makes for a great family vehicle but retains the charm of being a super-comfy SUV.

Recent models come with many valuable innovations designed to make driving simpler, safer and more fun. With the correct maintenance practices, the MDX can last up to 300,000 miles.

The Acura MDX model years with the most transmission problem are the 2001 to 2005 models. The 2004 model is regarded as having the worst issue as it often developed earlier than the other four models.

What is the most common problem with Acura MDX?

The most common problem the Acura MDX faces is transmission failure. The worst hit is the 2004 MDX which develops the issue earlier than other models.

Is the Acura MDX a reliable vehicle?

The Acura MDX is an averagely reliable vehicle. It would have been more reliable if it did not have such a strong transmission issue.

How long can the Acura MDX last?

If you know how to manage it correctly, the Acura MDX can last up to 400,000 miles or more. The suitable model and your maintenance culture would determine how far the vehicle would survive.