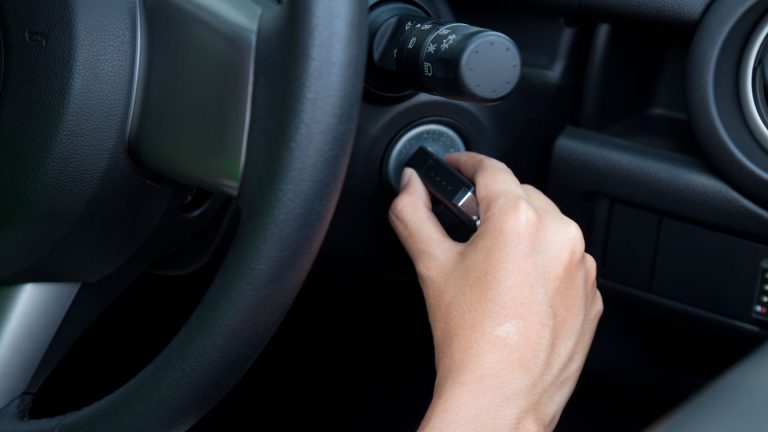 Regardless of the engine power and fuel type, it’s always possible that you might have some cranking issues. Of course, it doesn’t always mean there’s a serious problem with your engine, but it doesn’t mean you should look the other way.

So, you might be complaining about the following – my car starts sometimes, and sometimes it doesn’t. What could be the possible reasons, you might wonder? Let this article guide you in case your car won’t crank every time you turn the key in the ignition.

How does a car engine start?

To understand why your engine might not crank every time, it’s important to realize how the starting system works. It includes numerous components that need to work at the same time – the electrical system, air intake, and fuel delivery.

In modern cars, the starting system operates electronically by the information delivered to the engine control unit (ECU). It controls the combustion process and ensures the right air/fuel mix in the chambers. The starting system of the engine begins when you turn the key in the ignition.

There’s the ignition switch just behind the lock which sends a signal to the ECU and electric charge reaches the starter solenoid. It’s the electromotor on the upper side of the starter and it enables the pinion to engage the engine’s flywheel.

By doing this, the crankshaft makes its first rotation, and the engine pistons move, therefore starting the combustion cycle. However, for combustion to happen and prevent your engine from stalling right after the initial crank, fuel, and air delivery is required.

The ECU also controls the fuel delivery and it starts as the fuel pump pushes the fuel from the tank into the fuel lines. The fuel pressure regulator maintains constant flow and pressure until the fuel reaches the injectors that spray it into the chambers at a precise angle.

At the same time, the air filter ensures clean air reaches the cylinders to provide the perfect mix of air and fuel for proper combustion. So, there are numerous reasons why your car might start one time but fails to start the next time. It’s often a problem in the air intake and fuel delivery, while there are also a few other possible reasons we’ll go over.

Also, the engine loses compression over time and it might be due to low compression that the engine sometimes starts and sometimes doesn’t. When it comes to mechanical faults, here are the possible reasons why this happens:

There’s also something in the air intake and fuel delivery valves, as they need to open with precise timing for combustion to occur. So, it’s also worth checking the valves along with engine compression before dealing with any of the listed reasons.

The engine won’t crank due to a bad starter

Starter motors don’t last forever, and if you don’t replace the starter on time, it might begin to degrade and lose the ability to give an initial crank to your engine. It can also be due to a bad starter solenoid which can’t turn the rotator and push the pinion to engage the flywheel if it wears off.

When the starter goes out completely, you might notice a ticking noise when trying to crank your engine. So, there won’t be any cranking sound at all in this case. However, if the starter is beginning to go out, you can recognize it by elongated cranking sounds before the engine starts.

So, that might be the reason why your engine sometimes starts and sometimes doesn’t. You can try to physically tap the starter in case it goes out to see if it’s stuck and that causes the cranking problem.

If your battery can’t keep its charge, it might not be able to provide electricity to the starter solenoid needed to crank the engine. You can use a voltmeter to test this since a healthy battery should never go under 12 volts of charge.

On the other hand, you might also have a discharging battery that loses its charge due to parasitic draw or simply doesn’t receive the charge from the alternator. You should also check the battery connections and terminals for corrosion, as this could also prevent it from delivering the power needed to start the engine.

Spark plugs could also cause your engine to sometimes crank regularly and sometimes fail to start. They also go bad after a certain period and mostly need to be replaced within 60,000 to 100,000 miles. If they wear off, they might produce a spark that’s too weak to light up the combustion mix.

Problems with the fuel pump

It means there’s much more air than fuel and it’s the reason why your car might start after some struggle, and sometimes doesn’t start at all. Also, some cars have two fuel pumps – a low-pressure fuel pump and a high-pressure fuel pump.

Besides fuel, your engine also needs a properly-working air intake. Any clogs in the intake that could mainly form due to a dirty air filter could lead to your engine not firing every time. Also, if there are any vacuum leaks in the system, it’s another reason behind this odd occurrence.

You should have the entire air intake system checked if you want to make sure that your engine will start easily every time.

Ultimately, if you are thinking “my car starts sometimes and sometimes it doesn’t” it can be a confusing matter indeed. So, hopefully, this guide will provide some help and some insight into why this might happen.

Don’t forget to check your engine’s compression as well, and consider the weather conditions as it might be due to mere cold that your engine won’t start.

Why does my car start only sometimes?

Your car might only sometimes start if there’s a problem with air intake, fuel delivery system, or if there’s low engine compression.

Why does my starter work sometimes and not others?

Your starter might work sometimes and not others due to a solenoid going bad or bad starter wire connections.

Why does my car starter only work sometimes?

Your car starter only works sometimes if there’s a blown fuse or problem in electrical connections.