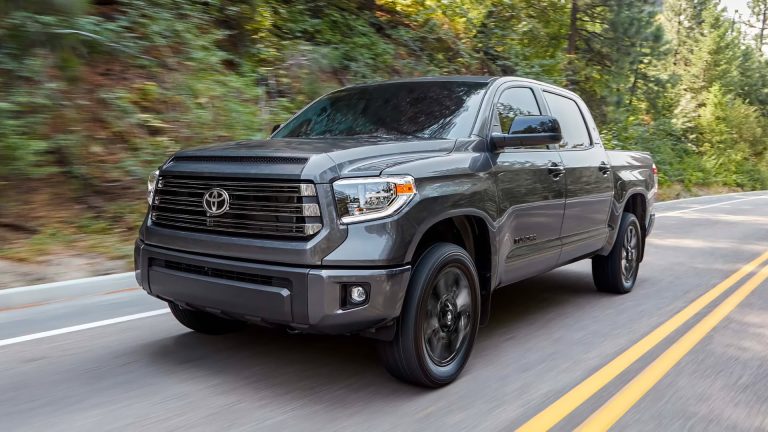 If you use ratings to influence your choice when buying a truck, the Toyota Tundra would have a spot in the top five. Its high reliability and safety ratings make it one of the best decisions prospective drivers make on a purchase. The truck is described as dependable and phenomenal.

However, things have not always been so rosy for the Tundra since its inception. There are specific model years you should avoid if you want to get the best deal. This article reveals the Toyota Tundra years to avoid and why.

Every vehicle in the market has some potentially recurring problems that are bound to occur, especially after a certain mileage. You must know what kind of issues to expect, so you would be better prepared if it happens. Here are the common problems the Toyota Tundra develops.

The lower ball joint of the front suspension in some Tundras wears pretty fast. The wear is inevitable as you use the ball joints to control a moving vehicle. But, if you own a Tundra, you should look forward to replacing them earlier than most vehicles’ recommended time.

The faster wear is attributed to improper finishing on the joints. Since it was a production error, Toyota issued a recall for the affected vehicles in 2007 when the complaints were most severe. The model years most affected were the 2004 to 2006 Tundras.

This kind of problem must be arrested very early as it can turn out to be fatal if left to escalate. Warning signs include a significant amount of vibration, high-pitched sounds, difficulty maintaining control, and increased steering effort. The worst that can happen is the ball joints breaking, which will cause you to lose control of the vehicle entirely.

The job of the air injection pump is to push air to intercept and burn unburned fuels in the exhaust system, thus reducing pollution. Toyota’s Tundra is notorious for having constantly defecting air injection pumps. The incomplete combustion that happens as a consequence of this problem produces harmful emissions and reduces the vehicle’s fuel economy.

It would help if you noticed the early signs of this problem before it reached the point where it caused your car to stall. Replacing it will cost you more than $1,000.

The exhaust manifold constantly expands and contracts due to heat exposure which regularly fractures the metal the manifold is made of. Most Tundras are known to develop cracks in their manifolds more than other vehicles. The cracks cause the exhaust manifold to leak, reducing the truck’s fuel efficiency.

Most drivers suggest that Toyota should recall affected vehicles as it is very uncomfortable. The leaking manifold gives a weird ticking noise which sometimes gets too loud, especially when the engine is cold or idle.

The cause of the problem is attributed to poor quality control during the sealing of the exhaust system. A more common reason is leaking the cam shaft tower seal onto the exhaust. It costs over $1,000 to replace but is best done early to prevent having to deal with the additional problems delay can cause.

The mixture is caused by rupturing the radiator’s part responsible for cooling the transmission. Overheating of the engine and transmission follows right after, causing significant damage to both systems. Most times, the transmission requires a complete replacement afterward.

To save money on repairs, you must address this problem as soon as it happens by changing the radiator and flushing the transmission and engine cooling system. Ensure your mechanic checks for any issue that could have occurred due to the little overheating that would have happened.

Most Tundra frames’ resistivity is poor and insufficient to withstand corrosion. It is believed that Toyota may not have adequately rustproofed some of the vehicles before putting them out on the market. There have been complaints of the truck frame vibrating at some point in a Tundra’s lifetime.

If you desire or own a Tundra from the first generation, it is recommended that you rustproof your vehicle to extend its life. It costs about $300 or more to rustproof a car, depending on its size.

The brake controller regulates the electric brakes of an attached trailer. It can prove disastrous on the wrong speed and terrain if it fails.

New Toyota Tundra models have a problem with their integrated brake controllers. The controllers are reported to not provide enough braking power for the trailers. Most drivers fix the issue by replacing it with an aftermarket brake controller.

Brake malfunctions are not uncommon on the Toyota Tundra and are mainly caused by warped brake rotors. It causes the steering to be shaky when the brakes are activated. If left to linger, it can mess with your control over your vehicle and put you in a tight situation.

Brake problems should be dealt with as soon as possible for safety reasons. The best solution for rotor-related brake problems is to replace the rotor entirely with higher quality.

Which Toyota Tundra years to avoid?

Despite the many positive reviews the Tundra has received, it is not perfect. Here are the Toyota Tundra years you should avoid.

The engine is the biggest problem of the second-generation Tundras, with that of the 2007 model being the worst. There were reports of complete engine failure, with the bulk of other engine problems caused by knocking pistons and air injection pump failure.

The 2007 model also had issues with speed control, accelerator pads, and speed control which were tabled before the National Highway Traffic Safety Administration. The only redemption the Tundra had with such dangerous issues on its 20th model is that they appeared on a small scale compared to other brands at the time. Nonetheless, they subtracted greatly from the safety of the vehicle.

2008 Toyota Tundra received a lot of complaints about its exhaust manifold. The oxygen sensor and air injection pump also failed massively, among other problems.

The 2012 Toyota Tundra is regarded as the worst Tundra to date. It got the most complaints and reports on problems with the electrical system, engine, and transmission.

The air induction pump was the most reported part, which cost over $3,000 to repair. Most of the problems reported occurred after an average mileage of 74,000 miles.

However, the transmission was so bad on the 2012 model that some developed issues as early as 9,700 miles which was a big blow to Toyota’s reputation. The cost of replacing the erring transmission amounts to $5,000.

Most of the Tundras Toyota has produced made their mark as one of the best in their time, asides from the worst ones covered above. Some have proven to be quite a significant investment, whether you buy it factory fresh or used. Here are the best Toyota Tundra years you should look out for.

In order of importance, the best three you should consider when buying a used Tundra are the 2009, 2019, and 2013 models. They have the most reliable engines, excellent handling, and aesthetic lure.

Is the Toyota Tundra worth buying?

The Toyota Tundra is a good investment with a value balanced with time. Its powerful engine can tow cargo up to 6,800 pounds on any terrain.

To sweeten the purchase, Toyota includes roadside assistance and a complimentary maintenance plan for its first two years or 25,000 miles, which you might not use because the truck delivers on reliability. A Toyota Tundra can last 300,000 miles or 20 years with proper and regular maintenance.

What year is the most reliable Toyota Tundra?

The 2019 Toyota Tundra is the most reliable, scoring 4 out of 5 on the reliability scale. It has been proven to be most dependable, from its engine down to its accessories.

What were the worst years for Toyota Tundras?

2007 and 2012 were the worst years for the Toyota Tundra. They were plagued with various electrical,  transmission, and engine-related problems.

What is the best Toyota Tundra engine?

The best Toyota Tundra engine is the 5.6 V8 engine. It was first used on the 2020 Tundra model and has had minor complaints and problems compared with all other engines the Tundra has used.