What is frame damage on a car? 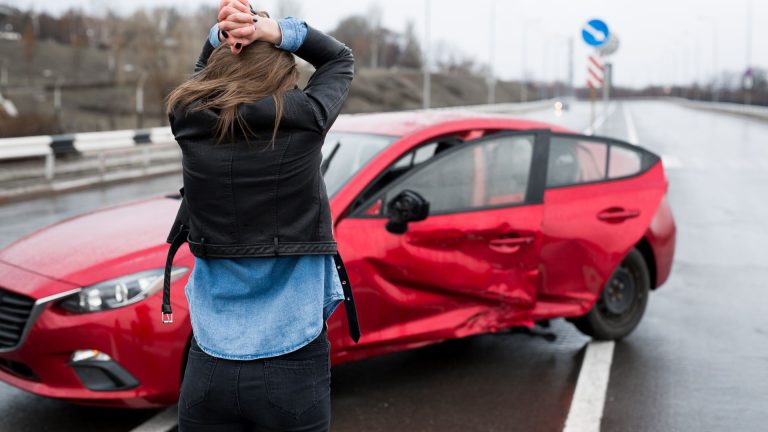 In case of a collision, the most important thing is that the driver and the passengers are all fine. After the well-being of all those involved, your car’s engine parts must be all unaffected as these are expensive to repair.

Not only is frame damage expensive to repair, but it might also reduce the safety of driving in your car after a collision, so let’s see what it’s all about.

What’s a car frame and what does it do?

The car’s frame is the metal construction of the vehicle itself, and you can see it from below the vehicle. It gives structural support to the vehicle’s parts and holds everything together. You can think of it as a skeleton of your car, and it provides integrity and stability to the car as you drive it.

It also serves for safety reasons, as the frame protects you inside the car in case of a collision. The frame also supports the mechanical components of your car and endures different types of driving forces.

The frame helps support the load and weight of the mechanical components, passengers, and cargo. So, any damage to the frame can seriously disrupt the stability and structure of the vehicle. Even a slight hit to the chassis could result in serious frame problems.

It doesn’t have to be a bad collision to harm the frame of your vehicle. You might not see the consequences of a damaged car frame at first, but over time they tend to show up. Since fixing the car frame can be expensive, it sometimes goes over the price of the vehicle.

There are several types of car frames, and knowing these can also be significant to determine the consequences of frame damage. Here are the most common types of vehicle frames:

A unibody frame is the most common type of car frame for new vehicles, and it consists of a single-piece body and frame. It’s also one of the safest types as the whole structure of the vehicle is backed up by the frame. A ladder frame was previously used for all passenger cars, and it’s also a sturdy frame while the body of the car is placed on top of it in vehicle assembly.

It’s now used as a truck frame, while the unibody frame is used for most cars. These two types are most commonly used, and they are sturdy enough to take some damage. However, it all depends on the location of the damage, as a slight bent doesn’t have to present a big problem.

The bent location either way gets weaker in case of a potential collision, so you should at least be aware of the frame damage.

Having to do some slight bodywork isn’t as troubling as dealing with serious dents in the car’s frame. Based on the level of frame damage, you might wonder – is the car totaled? Well, sadly your car could be totaled in case of frame damage.

It’s because frame damage could cost thousands of dollars to repair, and if you are driving an older used car, it might even surpass the value of the car. However, repairing frame damage isn’t only bothersome because of the expenses – it’s also a difficult process.

You can repair the frame damage by driving your car to a car body shop where the experts will use realignment tools to hopefully rectify the dents. It can from a few days to a week, and sometimes the vehicle will need to be dismantled in case to fix the dents.

How much does a frame repair cost?

This is a tricky question to answer, and it mostly depends on the severity of the collision. In case there’s just a minor dent in the frame where it doesn’t make a safety issue, you’ll be able to repair it for $500 to $1500 depending on the vehicle model.

However, frame damage can cost up to $5000 or even more if there’s serious damage to the frame rail, pillars, or radiator support. In a unibody frame, fixing this sort of damage would require using a machine to cut out the existing part of the frame and attach a new one to it.

Frame damage can be as bothersome as wheel alignment, as your car might start pulling to the side and you might experience problems steering it. The radiator part of the frame is up the front of your car and its damage often means there’s also mechanical damage in the engine compartment.

If there’s radiator frame damage or damage on any other crucial part of the frame, it’s not safe to keep driving your car. This also includes the unirail as a beam that serves as a foundation for all the other frame components.

The fender area, strut towers at the corners of the car, and the firewall which separates the engine area from the cabin are all crucial parts. Don’t risk it by driving your car any further in case of this sort of frame damage.

On the other hand, if there’s just damage to the area below the doors it might not look so nice, but you should be able to drive your car. Ultimately, you should have the damage assessed by a professional in case of a collision to determine whether it’s safe to keep driving the car.

Overall, this guide hopefully settles the matter of “what is frame damage on the car” and covers everything in enough detail. The bottom line is – your vehicle’s frame protects the passengers in case of collision and it makes sure that everything is in place mechanically.

So, if you don’t deal with frame damage on time, the damaged point will be weaker and your car might act unpredictably in case of another collision. On the other hand, it might start pulling to the side, so it’s better to deal with the damage as soon as possible or try selling the car in case of severe frame damage.

Can the frame of a car be fixed?

Yes, the frame of a car can be fixed, but it can be well over $5000 or even more in case one of the key sections is damaged. The most expensive repairs are those that require cutting the part of the frame and bolting another one instead.

Frame damage can be caused by numerous things such as collisions, road bumps, road hazards, curb impacts, or even going over a pothole. Speed is irrelevant when it comes to frame damage since it’s possible both at lower and higher speeds.

What is considered the frame of the car?

The frame of the car is a vehicle’s structural body which also includes the chassis and it supports the car and gives stability to all the mechanical components.