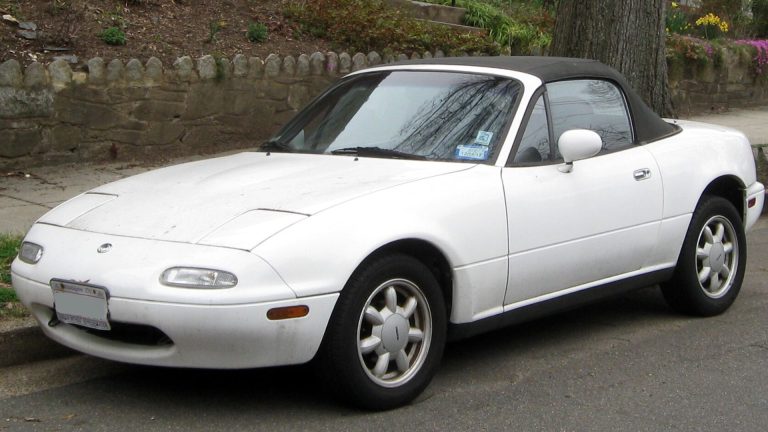 If you are even slightly into cars, there’s no need to further introduce the Mazda MX-5 Miata. This car has been one of Mazda’s best-selling models for decades, and it’s still going strong with the latest fourth generation. Of course, if you are willing to spend your hard-earned buck on this beauty of a two-door sports car, there are a few things you should know.

It’s overall one of the most reliable cars that Mazda ever built, but there are a few Miata years to avoid even still. For that reason, our team went one step further to deliver all the facts about problematic model years to you, so make sure to read this guide before buying a Miata.

Mazda Miata was first launched back in 1990, and the first generation of this car was an instant success. It’s to this day one of the rare few models that never got an official recall on the US market, and most of the issues that drivers have reported are luckily minor problems.

For instance, the second-generation Miata suffered some critics for its unreliable paint coat that got worse as the car aged. Also, there are some electrical issues reported, mostly with interior features like the A/C control, powered windows, and even excessive battery drainage.

The first generation was one of the most reliable for Mazda, and Miata owners only reported getting some slight oil leak issues. However, as serious as it sounds, it’s not a critical issue as the problem only manifested in cars that were already decades old.

As you can see, the overall impression of Miatas stays strong and they truly represent cars that were made to last without many issues. Our team was pleasantly surprised by this, but it’s still wise to go over these few mentioned issues to serve you as buying advice.

One of the most annoying issues about the Miata is the paint coat that kept peeling off as the car aged for the second generation. Also, the issue persisted for the third-generation Miata and while this problem didn’t affect the driveability of the car, it’s still a huge drawback for a car that lived by its reputation because of its looks.

In the worst-case scenario, Miata owners had to deal with getting a new paint job for the car after only a few years of driving or applying a ceramic coat to prevent further issues with the paint.

When it comes to mechanical problems, Miata didn’t have many of these over the years. However, there were some electrical issues reported between the first and the third generation of the Miata, and these were sadly a bit more frequent.

It all started with the 1990 model year when drivers complained about malfunctioning A/C and heating systems in a car. It often led to complete A/C compressor replacement, as well as necessary repairs of the blower motor.

Electrical issues continued with the second generation through the power windows malfunctioning and inoperable dashboard buttons. Some owners have also complained about the sunroof adjustment and even battery discharge warnings that have alarmed drivers about changing the battery much sooner than expected.

Without enough engine oil, internal engine parts can go through excessive wear through metal-to-metal friction, and oil leaks have been reported for some model years. The issue mostly got reported for the first-generation Miata, but it often got expressed only after owners successfully drove the car for over 120,000 miles.

If noticed on time, these issues were properly addressed, and it’s not something that was a key problem and a characteristic issue for this car model. So, there was no official recall ever issued by Mazda, and it seems that this had a lot to do with the maintenance of the car.

Which Mazda Miata years to avoid?

To help you avoid the exact production years when Miata had issues with the electrical system and features, as well as oil leaks and paint peeling, we’ll go over the worst production years.

The first generation of Mazda Miata was in production from 1990 to 1997, and it makes one of the most reliable periods of the car’s production. Some of the most problematic production years in this period were 1990 and 1991, while a few problems were also reported for the 1992 model year.

However, these were mainly associated with the A/C clutch not engaging and electrical system faults along with a few occasional complaints about oil leaks. So, it’s best to go for re-designed model years and later production years from 1993 to 1997 if you wish to avoid having to deal with such flaws.

The second generation of the Miata kept going where the first generation has left things, and while it brought some improvements, there were still a few issues going on. Most notably, problems with electric connections and wiring became frequent for the 2021 model year, and this is the year that started coming with paint job problems.

The engine was enlarged from 1.6-liter to 1.8-liter, and it’s best to avoid the 2001 model year for a few reported engine issues as well.

Problems with the peeling paint kept on going for the next generation of the Miata, most notably for the 2003 model year. Still, the 2007 and 2008 model years are some of the worst production years for Mazda yet, due to several prominent drawbacks.

It mostly had to do with battery discharge problems and electrical system malfunctions, usually for the electric sunroof. Also, drivers have reported numerous troubles with water leaking into the interior of the car, and it’s suspected that the malfunctioning sunroof also played a role in that issue.

The Miata offers a sporty roadster experience that you won’t ever forget if you sit behind the wheel of one of these. It’s a car that truly marked an automotive era, and even though it came with less powerful engines when compared to the SLK or BMW Z3, it still had something unique and special.

On top of that, it’s overall a reliable car, so it’s only natural that we go through the best model years after reviewing some of the worst years for the Miata. Here’s our list of the model years you can’t go wrong with when buying the Miata:

The later model years of the first generation Miata after 1992 came with sufficient corrections about the oil leaks and electric issues, while the 1993 model year was discontinued due to recession. However, the following model years were among the most reliable of all Mazda Miata production years.

Also, the second generation turned out to be a hit in terms of reliability except for the problematic 2001 year, and the third generation has some of the most reliable years including 2005 and 2006. The fourth-generation Miata still doesn’t have any prominent issues, especially for the later model years.

Is the Mazda Miata worth buying?

Mazda Miata is not only a reliable pick for a two-door sports car of this type, but it’s also a much more affordable option when compared to the Mercedes-Benz SLK or the BMW Z3. You can count on this car to provide the genuine roadster driving sensation with low clearance and a capable engine for the lightweight chassis.

If you simply avoid the worst model years that we discussed in this guide, you should be able to get a Miata that will serve you for years and even decades depending on the generation.

What are the best years for a Miata?

Which Mazda Miata year to avoid?

The main Mazda Miata year to avoid is 2008 which was deemed the worst model year of the famous car by drivers.

What’s the best year of a Na Miata?

The best model year of an NA Miata is 1994, while the 1997 model year is also deemed one of the most reliable.