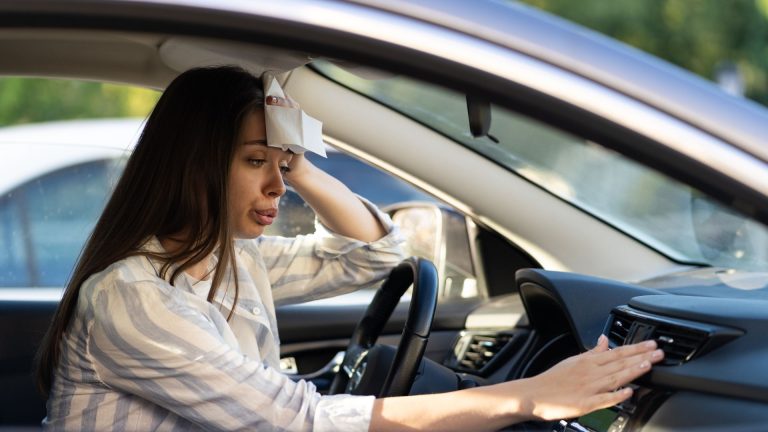 Having a fully operative air conditioning system in your car is more important than it seems, especially on a hot sunny day. However, big problems could start with just a single sound. Precisely, it’s the lack of the sound of the A/C clutch engaging as you turn on the blower.

In case of the A/C clutch is not engaging, the compressor won’t work as it should and you won’t receive any cool air from the A/C vents. To make things worse, it could mean you have to replace the entire compressor instead of just the clutch, which is an even more expensive repair. So, this guide will help you deal with the issue and diagnose the problem in case your A/C clutch fails.

What’s an A/C clutch and what does it do?

Before we get into further discussion about the problems caused by a bad A/C clutch, it’s time we deal with its role in your car. The A/C clutch is mounted on the compressor, and it transmits torque from the engine via a serpentine belt and gets the compressor going.

Also, it prevents the air control from being continuously on, as it helps the compressor pump to freewheel when you aren’t using your climate control settings. When the settings and the blower are turned on, the clutch transmits power from the engine via the belt and the compressor engages.

They are electro-mechanical devices, which means that they use both electrical energy as you turn the switch, and mechanical energy from the engine’s crankshaft rotation. So, a failed clutch results in an inoperable compressor, which means you won’t be able to use the climate control properly.

The electric signal is sent when you use an A/C switch, and the electromagnet within the pulley activates the clutch, which enables the connection between the pump and the pulley to activate the compressor.

Signs of a bad A/C clutch

Several signs point to a bad A/C clutch when your A/C system isn’t working properly. The most important one is a lack of cold air coming out of the vents. If your A/C blows hot air, even though you switched the blower setting to cold, it might indicate a problem with a faulty clutch.

On the other hand, if the clutch is failing, your A/C might work for a while before seizing completely. At this point, a bad clutch will result in an inability to even use your A/C. If you hear any loud sounds coming from the A/C when using it, it might indicate a failing clutch.

It’s important to recognize these signs on time and try to fix the problem as soon as possible to keep your A/C unit operative if the clutch is near the end of its life span.

Reasons behind a failing A/C clutch

If you wish to handle the problem of an A/C clutch that won’t engage, it’s important to be aware of the reasons why it might fail. You should hear the clutch engaging as soon as you turn the A/C setting to “on”. If nothing happens, it’s a clear sign of a bad clutch. Here are some of the main reasons why this might happen:

So, if you can’t trace the reason for the malfunction to any of the listed reasons, it’s worth inspecting the clutch by driving your car to a trusted mechanic.

Connection problems or a blown fuse

While the A/C clutch uses mechanical energy driven by the belt, it also uses electric signals to operate. If there’s a problem with electrical connections or switches, the clutch might not engage. There are several types of electrical components that you should check if the clutch doesn’t seem to work.

It’s worth inspecting the switches, as well as the temperature sensors of the evaporator. On top of that, there might be a problem with bad wiring or short circuits. It’s also important to check the A/C clutch fuse in the fuse box, as something as simple as replacing a blown fuse could get your A/C up and running again.

Another common problem that prevents the A/C clutch from engaging is a bad clutch plate. The plate wears off over time due to frequent use of the A/C system, and it might ultimately fail. It can also get damaged if there’s a disrupted A/C cycle of a skipped belt.

Like the rest of the clutch assembly, this part wears off over time and your safest bet, if this happens, is to replace the clutch itself. You shouldn’t take any chances by trying to replace the plate itself if the clutch gets damaged from a disrupted operative cycle.

Both the clutch and the A/C compressor itself might go bad in case of a bad evaporator coil. It’s the part of your A/C system that helps blow cool air into the cabin and keep the heat and humidity out of the air. However, it sometimes gets dirty and clogged due to debris accumulating, so it might stop working.

It leads to a bad A/C compressor as the heat keeps building up in the system and the compressor fails along with its clutch. So, that’s one of the main reasons why your A/C clutch might not even engage as you turn the A/C on.

The evaporator coil could also be leaking and it’s possible to detect the problem by carefully listening to the sound of your A/C struggling to work. If you hear a hissing sound followed by a bad smell in the cabin, replacing the coil could solve the issue.

Problems with a bad relay

If the relay fails, it won’t be able to transmit electrical charge into the clutch, and that’s the reason why it might not engage. Along with the clutch, the A/C relay also directs power into the compressor. It’s not uncommon for a relay to simply fail due to a long time of use, so replacing it could solve your problems.

It’s one of the cheaper alternatives to more serious problems that might cause your clutch to seize operation. With a new relay, the power supply to the clutch and compressor will be restored, and you’ll be able to use your A/C unit and get it to blow cool air into the cabin again.

As mentioned, your car’s A/C clutch works through a series of sensors, switches, and relays. So, if the pressure sensors detect low or high pressure due to an improper amount of refrigerant, they will cut the power supply to the clutch.

So, you should check your refrigerant level and see if the system needs to be recharged. If there’s a leak, the sensor will detect a lack of refrigerant through low pressure in the system, and the clutch won’t engage. As a result, you won’t receive cool air in the cabin.

Back in the day, you could replace the clutch with a new one and at least save yourself the trouble of having to serve the entire A/C compressor. Still, these days it’s often recommended to replace the entire compressor, as the replacement clutch and a factory compressor might not be synchronized.

Overall, if you see your A/C clutch not engaging, it can be a troublesome situation especially if it’s hot outside. So, you can deal with the problem by getting a replacement compressor, or checking the relay, fuse, and electrical connections which will hopefully result in a less expensive repair.

This guide will at least have you prepared to recognize the signs of a bad A/C clutch, the main reasons why it’s not operating, and the steps to take to fix it.

How do I force my AC clutch to engage?

You can force your A/C clutch to engage by using a jumper cable and connecting it to the wire of the clutch, but it only works in case there’s a problem with electrical connections or wiring.

How do I test my AC clutch?

You can test the A/C clutch by using a circuit probe tester and connecting it to the battery. By finding the correct wire, you can supply voltage from the battery to the clutch and check if it engages.

How do I know if my AC clutch is working?

If the A/C clutch is working properly, you should hear it engaging as soon as you start your A/C blower.