The car alarm keeps going off — causes and fixes 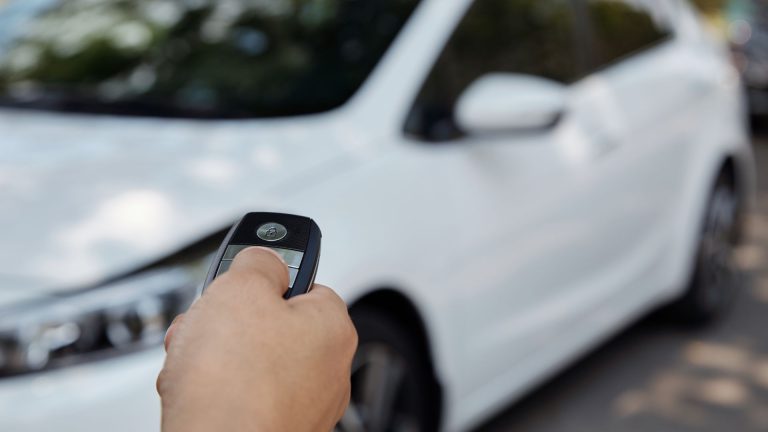 Having a car alarm helps secure your vehicle from thefts as the different alarm’s sensors go off and produce a high-pitched noise. However, it’s bothersome for you and your neighborhood if the car alarm sets off in the middle of the night and beeps for a long time.

If the car alarm keeps going off, don’t worry – this guide will give you all the possible reasons so you can fix it. It can be solved by something as simple as using another key, or a problem with the sensors of the battery. So, our team made sure to give you a complete list of potential causes to deal with a faulty alarm.

How does a car alarm work?

A car alarm helps recognize potential thefts and uses a beeping sound to alert the owner of the vehicle. While it’s not something that will stop car thieves, it surely makes their theft attempts more obvious and easier to prevent.

The other side of the coin is that if your alarm malfunctions, it might be triggered easier and that results in beeping in the middle of the night. The alarm system is complex and it consists of a series of different sensors.

The sensor sends a signal to the alarm and results in a loud sound produced to warn the owner. The most common sensors are door sensors and shock sensors. These will make the alarm go off in case there’s activity around the door handle or if the doors open without the key being used.

Shock sensors activate when there’s an impact and a loud noise around the car. They trigger in case someone breaks your window, but can also be triggered accidentally. If you use a public parking lot, someone could park close to your car and slam their doors which could trigger the alarm.

There are also tilt sensors that go off in case someone tries to tow your car away, while modern alarm systems include up to 10 different sensors.

Main reasons behind a car alarm going off repeatedly

Sadly, alarm malfunctions that make the beeping signal keep going off aren’t rare. There are various reasons why this could happen, and these are some of the most common ones:

It can also sometimes be a result of improper ECU readings if your alarm system has been installed after purchasing the vehicle. Aftermarket alarms can result in false signals sent to the computer, which then triggers the alarm based on these signals.

In this case, it’s worth driving your car to the electrician to try and restore the connection between the control module and the alarm system.

The most common sensors that malfunction as part of the alarm system are the door lock sensor and a hood latch sensor. It can send incorrect signals to the system even though nobody opened the door or popped the hood.

Also, if the proximity or shock sensors go bad, they might be triggered by the slightest impact or noise around the vehicle. The problem in sensor circuits could then lead to the alarm being re-triggered over and over again.

This can sometimes go on for quite a while, and the only option might be to manually open and close the door using the key. If you hear your alarm going off repeatedly, perhaps it’s time to inspect the alarm sensors by taking the car to an electrician. They might be able to use diagnostic scanners to test sensor sensitivity and restart the system.

One of the most common reasons behind the alarm that keeps going off is a bad key fob. Most modern vehicles use keyless-go systems with key fobs in the key that sends a radio signal to the receiver in the car. So, this normally causes your car to unlock or even start the engine depending on the key function.

However, sometimes the batteries of key fobs go bad or even require reprogramming, and it can cause your alarm to trigger for no reason. If this happens, one of the ways you can confirm it’s a key fob issue is to use a spare key while trying to enter the vehicle.

If the spare key sends a good signal, it’s probably a problem with the bad key fob on the original key. Key fobs also often malfunction due to dust or water so make sure to keep your key clean.

Remote locking and unlocking are electrical systems, and the same goes for your car’s alarm. So, if the battery is weak, it can lead to alarm malfunctions and trigger it for no apparent reason. If you’ve noticed a battery discharge warning while driving, it’s a sign that your battery can’t keep its charge properly.

It happens due to a bad alternator that charges the battery as you start the car, or simply due to an old battery. You should also inspect the battery terminals for corrosion. The alarm is affected by a weak battery since it receives a small portion of electric charge even as the engine isn’t running.

You can test this by measuring your battery voltage which shouldn’t be below 12 volts.

If you’ve installed your alarm after purchasing the car and it’s not a part of factory equipment, you should consider the possibility it wasn’t installed correctly. You can go back to a mechanic shop and ask for the mechanic that installed the alarm to check the system.

Especially if the alarm started going off repeatedly after installation, this option is a true possibility. Perhaps the wires weren’t installed properly, causing a circuit short which sends a bad signal to the computer and triggers the alarm.

Problems with electrical wiring and circuits

The final resort in testing the faulty alarm system that tends to keep going off is to check the wiring and electrical installations. These are possibly the toughest problems to detect since it requires disassembly of the alarm system and checking it wire by wire.

Also, it can be a matter of a blown fuse so you should check the fuse box located in the compartment below the steering wheel or under the hood. If you aren’t comfortable tampering with electricity, a car electrician should be able to test it for you.

Fixing the alarm that keeps going off

The easiest thing you can do to temporarily turn the alarm off is to unlock and lock the car using the key. If the alarm persists, you can take out the fuse from the fuse box which will cut the electric power distributed to the alarm system.

However, this leaves your car in danger of theft, so you should drive to a mechanic as soon as possible to get the alarm inspected. You can also try taking out the ECU fuse and putting it back in since it might restart the alarm readings and get them back to normal.

One of the most annoying things that could happen with your car is if the car alarm keeps going off even though there’s no real threat of theft. Still, this guide should hopefully shed some light on what’s causing it, as well as what you can do to fix it.

Your safest bet is to drive to a mechanic or electrician to inspect the system and the electrical wiring to find a fault that’s causing it to go off again and again.

What triggers a car alarm to go off?

Motions or impact triggered by alarm sensors triggers a car alarm to go off, including door handle movement, impact shocks near the car, or even loud noise or tilt action like towing.

Why is my car alarm going off at night?

Your car alarm is going off at night due to bad alarm sensors, a dried battery, or problems with electrical wiring and circuits.