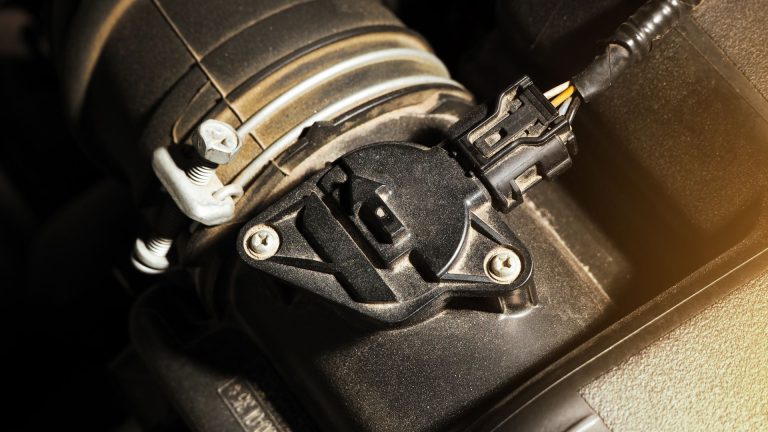 To properly calculate the air/fuel ratio in the engine, your car’s engine control unit (ECU) uses various sensors and information submitted by those sensors. One of these sensors is the manifold absolute pressure (MAP) sensor, and if it goes bad, you might end up struggling with lower engine power output.

So, it’s crucial to recognize the MAP sensor symptoms on time, so you can deal with the problem, should it occur in your car. It’s not an easy task, since many symptoms are commonly mistaken for engine trouble signs. Also, some drivers aren’t aware of the difference between the MAF and MAP sensor, so this guide will shed some light on it.

What’s a MAP sensor and what does it do?

Let’s first deal with the role of the MAP sensor in your car before we get into the main symptoms based on which you can recognize a faulty sensor. First off, it’s a sensor that’s usually placed right before the turbo on turbocharged engines.

The sensor, therefore, measures air density and submits information to the ECU. Based on this information, the electronic fuel injection process occurs accordingly to the readings from the sensor. So, you don’t get poor engine timing and combustion happens with the highest efficiency rate.

The difference between MAP and MAF sensors

There’s a common misconception among drivers that the MAP sensor is the same as the mass airflow sensor (MAF). While they do act together to measure the airflow and air density in the air delivery system, there are vast differences between them.

Besides the difference in their location, another thing that differentiates the two is their usability. On some cars, you’ll find both the MAF and MAP sensors, and it’s mostly on turbocharged vehicles. In this case, the mass airflow sensor will measure the air mass passing through the air intake, while the MAP sensor will measure the positive air density of the turbocharger.

If there’s no turbocharger or a supercharger on the engine, the MAP sensor can be used for vacuum readings. Either way, there are some similarities between the two when it comes to bad MAF sensor symptoms that could appear as signs of a faulty MAP sensor.

Since your engine’s computer uses the information from the MAP sensor to calculate the amount of fuel that needs to be injected, a bad sensor results in performance issues. It can easily cause a lean or rich condition in your engine, which means that the air/fuel ratio is disrupted.

It also affects fuel economy, which is why you might notice increased or even lower fuel consumption. Here are some of the main signs of a bad MAP sensor based on which you can recognize a faulty sensor:

The best way to determine if there’s a problem with the sensor is to pay attention to the throttle response time. If it seems that your engine doesn’t respond to sudden and hard gas pedal pressure, it could be due to a disrupted air pressure density reading within the manifold.

This mostly happens if there’s a rich condition inside your engine’s combustion chambers. What this means is that you get more fuel injected into the cylinders due to a faulty air density reading. It’s dangerous for your car in several ways, as it affects both the engine and gas emissions.

An increased level of fuel injected into the engine could clog the spark plugs with carbon deposits, making the combustion slow or even resulting in a misfire. On top of it, you’ll get that bothersome gas smell from the tailpipe and probably notice an increased gas consumption.

All that wasted fuel has to exit somewhere, and it could do it through the exhaust while damaging the catalytic converter along the way. It’s a domino effect of bad things that could result in costly repairs, and eventually make you fail the gas emissions test.

One of the main problems caused by poor air pressure density measurements within the manifold is the poor engine running. It causes a shift in revolutions per minute (RPM) range and fluctuations. One of the obvious signs of a roughly-running engine is rough idling, which is when the RPM level fluctuates when stationary.

Also, you may experience rough engine performance when driving, which reflects in harsh throttle response and engine vibrations or shaking. It mostly happens when you are stepping on the accelerator to speed up, and a jerky motion is likely to be noticed as well.

So, your car will possibly even run more efficiently when it comes to fuel consumption, but it might cause misfires and poor power output. As a result of this, it will also lead to slow acceleration, which might be dangerous when you are trying to overtake a car or while driving uphill.

Finally, there’s a problem with starting the engine that occurs when the MAP sensor doesn’t submit proper readings to the ECU. So, it might come in tough to crank the engine, or you might have to add a bit of gas to get your engine running.

When you turn the key in the ignition, this sensor is responsible for reading the vacuum generated within the manifold. If it doesn’t submit properly measured parameters to the ECU, it might take a few attempts or a bit of gas to help start the engine.

Eventually, knowing the MAP sensor symptoms comes in handy when it comes to combustion mix measurement or a sudden change in the air/fuel ratio. Thanks to our guide, you can always recognize the change and classify it as a failed MAP sensor. It helps you determine the cause of a rich or lean fuel condition or a reason behind poor engine performance.

The bottom line is – you can replace the sensor to fix these issues and get the proper measurement of the air pressure density in the manifold sent to the ECU.

How do I know if my MAP sensor is bad?

You can know if your MAP sensor is bad in case you sense poor throttle response and a change in your car’s fuel consumption accompanied by low engine performance.

What happens if you unplug the MAP sensor?

If you unplug the MAP sensor, it won’t be able to keep measuring the air pressure within the manifold, and without this information, the ECU can’t properly determine the amount of fuel that needs to be injected for proper combustion.

Can I drive with a bad MAP sensor?

You can drive with a bad MAP sensor, but it’s not advisable to do it in the long run since you’ll risk spark plug failure due to carbon deposits from a rich fuel condition, clogged catalytic converter, or other troubles.

What are the symptoms of a bad manifold absolute pressure sensor?