Can a car battery die while driving? 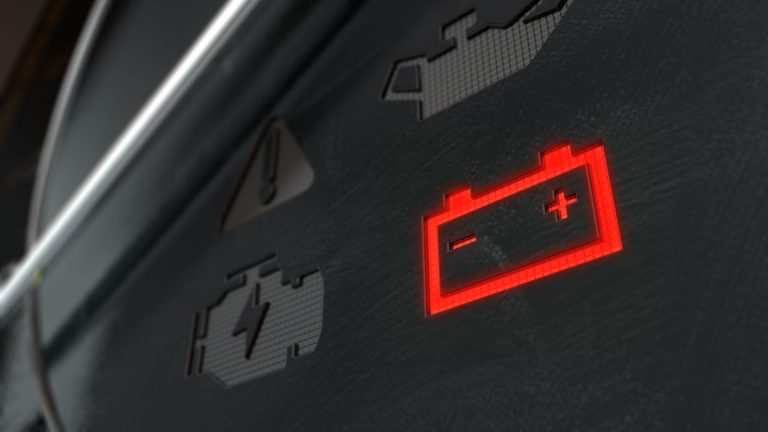 Can a car battery die while driving?

Your car battery can indeed die while you are driving, but that doesn’t mean that your car engine would come to an immediate halt. You would still be able to move around while the engine is on (only possible with a healthy alternator), but it would be almost impossible to turn your car back on without a jump.

Your battery powers a lot of components on your car. The most important thing it does is fire up your starter motor (a part that immediately starts your car’s engine), and then it goes on to power other things like the lights, powered seats, radio, power steering, fuel pump, HVAC system, and more. Without a battery, your car won’t start, and if it fails while driving, many systems will also fail.

Basically, when you’re driving your car, the alternator is what provides power to the engine, which would, in turn, charge the battery. The energy in your vehicle can only be interrupted if the battery dies and your alternator is also faulty. This usually takes a lot of electricity, and the battery has to do it independently since the alternator only gets involved when the engine is run.

A healthy alternator can continue to power your car even when the battery is completely dead. This is only possible if the alternator can generate enough energy to accommodate all the electrical components of your vehicle.

What happens if your car battery dies while you’re driving?

If your car battery dies, but your alternator is in its best working condition, nothing will change while driving. This is because your alternator is charging your battery. As long as the engine is running and the electricity demand is low, the alternator will do all it can to keep the car going.

That means your car battery can die, but your vehicle will keep going with the help of the alternator. You can try turning off high-use components like your HVAC and stereo system. This will help in minimizing the amount of power consumption and also the amount of electrical power your alternator would have to generate.

Unfortunately, you might run into some trouble when you stop the car completely. Your alternator works best when your car is in motion, not when it’s idle. Since the battery is dead, you will need to get a jump every time you want to drive your car.

Can a car battery die suddenly?

Your car battery can die suddenly due to certain factors. Accumulated corrosion of the battery terminal during winter can tend to cause power loss to the battery. Another one could also be a result of a faulty alternator.

Remember that the alternator is what charges the battery during operation, so if your car’s alternator is defective, your battery will keep on discharging until it dies off completely. The battery can also die in an extremely hot or cold environment.

How long does it take for a car battery to die while driving?

Generally, a car battery would start troubleshooting after three to five years of use, after which it begins discharging quickly and eventually dies off. However, if used in the best possible conditions, it is expected to last up to 6 years with constant use.

What causes a car battery to die while driving?

Car batteries have a reasonable life span of three to five years. However, they eventually die out like every other machine battery. There are significant factors that can cause your battery to die, and as a car owner, you might want to know about them.

Like we said earlier, it’s normal for batteries to die if they’ve lasted for years. However, some things can shorten your battery life. These things include:

Combustion engine cars have a charging system that keeps the battery in a good state of charge. The system comprises components like the battery, voltage regulator, and alternator.

Luckily, cars give warnings to indicate problems, so you can find out if your charging system has failed. The most common symptom of charging system failure is dim and flickering headlights.

You might also experience difficulty in starting your engine. If you notice any of these symptoms, take immediate action, and you can save your battery.

In this situation, your car battery loses energy and voltage. Some problems and mistakes you’ve made can easily lead to battery drainage. Have you been leaving your headlights on for long periods? If the answer is yes, then you have your culprit.

Rusted and loose battery wiring, extreme temperatures, and excessive short drives can drain your car’s battery. The car battery charges while driving, but if the alternator is terrible, charging won’t take place. Once this happens, you have a recipe for battery drainage.

You can fix battery damage with some DIY tutorials. However, the process is technical as it involves messing with the battery cables. You’re better off seeing a professional.

Apart from these two factors that we’ve mentioned, parasitic draw and parking the car for too long can compromise your battery life.

Signs that your battery is about to fail

The easiest way to maintain your car and avoid embarrassing situations is by paying attention to signs and warnings from the vehicle. Yes, sometimes a car battery can fail suddenly, but in most cases, there are signs and notices. If your battery is about to die, you will most likely encounter some of these signs:

With all these possible problems, it might not be easy to diagnose your car. However, if the headlights are dim with occasional flickers, the problem might be your battery.

You can quickly locate the battery light on your car’s dashboard. Depending on the car model, it can look like a battery icon with both negative and positive signs on it.

Sometimes, the ignition and auto start/stop won’t work. Other components like door locks, warning lights, and windows are also subject to misbehaviour.

Most possible problems that can cause your engine to crank slowly are related to the battery. If you experience this sign, the problem could be a charging system failure, faulty electrical wiring, rusted battery connections, or a defective battery.

As we’ve already said, car batteries have an average life span of three to five years. When your battery reaches the end of its life span, you should check on it regularly. The reason is that as batteries get degraded, their cells tend to swell up.

Once your car battery swells, it has failed, and you need to replace it immediately. A swollen battery is no joke, as it can explode. If you leave the swollen battery in your car for a long time, it can deteriorate and overheat.

Yes, a car battery can die while driving. However, it doesn’t mean your car would stop on the road. You just wouldn’t be able to start the car. If you pay attention to warnings from your vehicle, you can avoid some embarrassing situations.