Humming noise in car getting louder with speed — how to fix 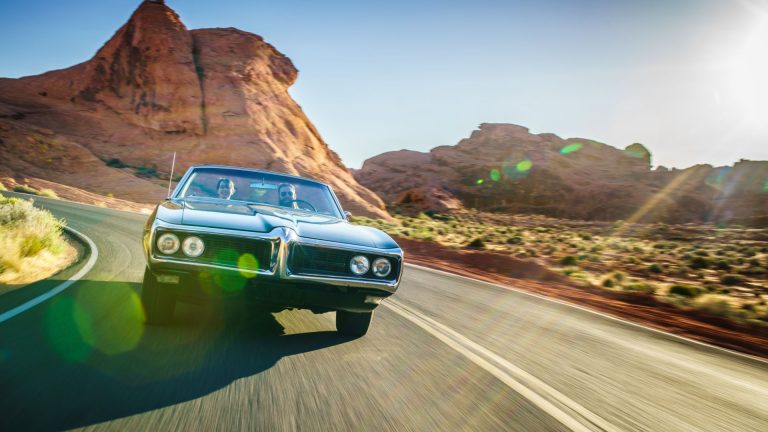 There’s nothing that could ruin your driving experience as a weird noise coming from under the hood or the wheels. What’s more, humming noise in the car getting louder with speed can raise many questions if the sound gets worse as you drive faster.

Since humming noises could come triggered by a variety of reasons, our team decided to dig deeper. We’ll help you figure out the nature of this issue, diagnose it, and deal with it so you can speed up and just hear your engine’s sound again.

Reasons behind a humming noise increasing with speed

Among all those bothersome driving noises you might hear, the hum is one of the most frequent ones. If you hear a humming noise while driving, it often has something to do with the traction of your car. Still, here’s a list of all the potential reasons behind the hum:

Having in mind that the problem only gets worse as you speed up, it could have a lot to do with changing gears and driving stability. Even so, transmission issues are the rarest cause, so you should get your tires and wheel bearings checked first.

How do bad tires affect the hum?

Several things could happen with your tires to cause the humming noise and vibrations as you drive. Speeding up would only make things worse, and the first thing to do is check the tread level. If the tread depth is below the minimum of 2/32, you won’t be able to get proper traction, especially on wet roads.

On the other hand, your tires might just need rotating or balancing to maximize traction and reduce the road noise. For instance, if you are driving a rear-wheel drive car and your rear tires are more worn-off than front tires, rotating them could solve the issue.

One more thing you should focus on is checking the tire’s speed rating. It’s the speed limit that tells you how fast you can drive with a specific set of tires. If you drive far over the limit, you will have lower driving stability and will hear vibrations and the hum.

Dealing with your tires won’t be effective in eliminating the humming noise if your car has worn-off wheel bearings. These bearings allow you to spin the wheels smoothly, and as they wear off, they could start to produce a humming noise.

That’s also the reason why the noise keeps getting worse as you drive faster – the wheels are spinning at a higher speed and put more pressure on the bearings. Along with the wheel bearings issue, there’s also wheel alignment.

It could be the cause of vibrations and the hum you hear in case the wheels move with a different lateral movement. It also puts more stress on the bearings, and the difference in wheel spinning could cause the humming noise.

If you have a damaged gear mechanism, your car will struggle to switch into the higher gear, and the revs on the automatic car would go much higher before the switch. It could be due to a low transmission fluid or a leak, and even water can get into the mechanism.

The hum could also come from a bad transmission sealing, which is a cheaper option to fix. On the other hand, it could be a damaged transmission shaft, which is more expensive to repair. The best way of checking whether the failing transmission causes the hum is to switch through all the gears. If the sound persists as you speed up to the top gear, the transmission is likely the cause.

Why is my car making a loud humming noise when I accelerate?

Your car is making a loud humming noise when you accelerate due to bad wheel bearings. Drivers often confuse the wheel bearing hum with an engine issue, and there’s an easy way you can clarify this. If the noise remains after you lower your speed, it’s a safe bet that the bearings are causing the issue.

On the other hand, you can carefully listen to the noise source to determine what’s the problem. If it seems like the noise is coming from the front of the car, but around the wheels rather than under the hood, it’s probably wheel bearings.

Does wheel bearing noise get louder with speed?

Yes, the wheel bearing noise gets louder with speed since it’s under pressure from the spinning wheel. The faster the wheels spin, the louder the noise produced by the wheel bearings will be. Wheel bearings are the most common issue that causes an increasing humming noise as you drive faster.

Why does my car sound louder the faster I go?

If your car sounds louder the faster you go and the sound seems different than usual, it might be a wrong combustion proportion. Something’s wrong with the air and fuel mixture, so the fuel system might have a leak or damaged components.

In this case, you won’t hear a humming noise, but rather a louder engine revving noise. If your fuel pump is damaged, the supply of gas will be uneven so your engine’s combustion won’t work properly. You might experience sudden changes in receiving gas, so the engine will sound louder than usual.

Can a transmission make a humming noise?

Yes, transmission can make a humming noise and you can recognize it by listening closely to determine the source. If it seems like the sound is coming below the shifting stick, you should have your transmission system checked.

Still, transmission hum rarely increases just when you accelerate – it’s present throughout all the gears. So, if you only hear the humming noise as you step on the gas, it’s more likely that the bearings are the issue.

If you hear a humming noise in the car getting louder with speed, now you’ll know what are the most probable triggers. You should either way check the wheel bearings since these are the most common cause behind the noise issue.

Also, it happens that drivers sometimes simply go wrong with their choice of tires, so inadequate tires are always a possibility. As long as your transmission isn’t failing, you shouldn’t expect an expensive repair if you act on time and drive to a mechanic as soon as the hum starts.