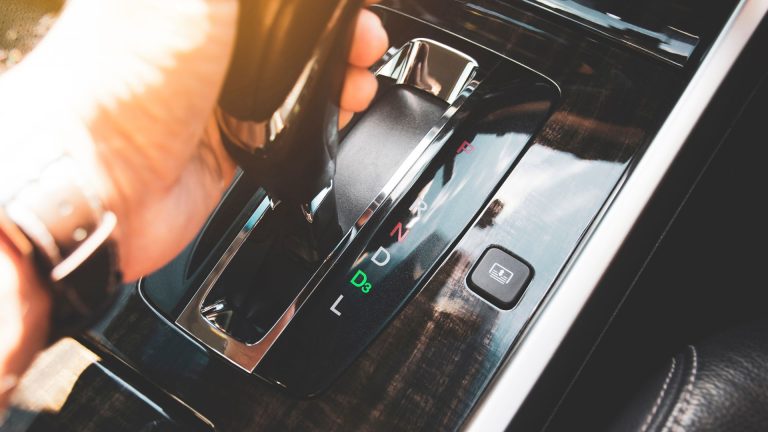 There’s no debate on the practicality of automatic transmission cars for everyday traffic. Especially if you live in an urban area with a lot of traffic jams on public roads, it comes in handy to sit back and relax. While you don’t have to worry about the clutch pedal and shifting gears manually, there are a few confusing things about automatic cars.

If you are like most drivers, chances are that you’ll be wondering – what is D3 in a car? The D3 in a car with an automatic transmission limits the transmission to the first three gears. So, it’s a great thing for situations that demand instant torque, or the mentioned traffic jams. Still, there’s a lot of it to be explained about this gear, as our team will explain shortly.

About the D3 gear in an automatic car

The torque converter uses hydraulic pressure for this task since transmission fluid flows through it under pressure. Along with this, there’s a series of speed sensors on the wheels that submit information to the transmission control module (TCM).

However, when you place the shifter lever into a D3 gear, the system will lock higher gears and let your vehicle run in the first three gears. If your car has such an option, it’s a useful feature that could make all the difference in certain driving situations where high torque is needed at a lower speed.

You need to know how to use the D3 gear in your car if the D3 mark is offered on your shifter. You can start driving regularly by shifting into the “D” gear, and the car will start rolling from the first gear. As mentioned, the TCM will determine the precise shifting timing in this case. Most automatic transmissions are designed to shift at the RPM ratio that’s best for your car’s fuel economy and optimal power output.

However, if you aren’t moving too fast, and generally don’t need to use 4th or higher gears, you can simply shift to the D3 gear. It will limit your shifter to the first three gears until you take the shifter back to the “drive” gear.

One thing you’ll need to be extra careful about is watching out for the driving speed. If you add too much gas on an open road, the RPM range could go quite high in the third gear, so you should use a “D” gear instead. However, if you are slowly driving uphill or driving on public roads instead of highways, the D3 gear comes in quite handy.

By using the D3 mode, you get a lot of advantages that you can’t get with the regular drive mode. Here are some of the main benefits that the D3 gear gives you:

Some vehicles that don’t have the D3 mode can give you the same functionality with the “+/-” option that allows you to shift gears manually. However, the D3 mode is specific since the TCM controls the gear shifts, and that’s the best way with the automatic transmission.

If you aren’t in a jammed, “start-stop” traffic zone, the D3 mode will likely keep the transmission in third gear as you drive at a slightly higher speed. At this point, your engine will be running on higher revs, so you’ll have the peak torque and power output from the engine if needed.

In case you increase your speed drastically, you can simply shift back into the regular “D” gear to relieve the transmission and preserve it as the engine gets into a higher gear and the revs drop.

Situations where you should use the D3 gear

If you were previously confused with the D3 gear’s meaning, it’s no wonder since automatic cars often come with some specific modes. That’s why a lot of drivers are still wondering about the “S” on the gear shift which stands for sport mode. However, besides knowing the meaning behind these modes, you also need to know the best situations to use them.

When it comes to situations where the D3 gear comes in handy, the first one that comes to mind is driving on city roads where you don’t need high-speed equipment, but higher torque output. In case you need to overtake a car or step up on the gas, the throttle response will be at a high level to allow you that.

Also, it’s helpful to shift into a D3 gear while driving uphill to keep the engine at a higher revving range. This relieves the stress on the engine bolts and the transmission. On the other hand, it’s also helpful to rely on the D3 mode when you are driving downhill.

This way, you might help preserve your brake pads and make them last a while longer by using engine braking. It’s when keeping the transmission in a lower gear that keeps the lower driving speed down the hill, so you don’t have to ride your brakes and waste the parts.

Finally, this mode can even be handy when towing or carrying heavier loads at a lower speed, as it obviously wouldn’t work on a highway.

Still, it can’t be considered a genuine consequence of the D3 mode, since it’s rather due to the gear of the transmission. Driving a manual car in a lower gear or keeping an automatic car in sport mode for extended periods also results in the same fuel consumption increase.

So, if you’ve been wondering “what is D3 in a car”, now you’ll have a clear picture of what this gear does and its main benefits. While it’s not something you should be using at a higher speed, it comes in quite handy in situations where the driving speed requires you to drive in lower gear.

This way, you’ll have instant access to the peak torque and engine power output range when needed for overtaking or driving uphill. Moreover, you might even extend the life span of your brakes by using engine braking in this gear, which makes it all the more valuable.

What does D3 mean in automatic cars?

The D3 mode in an automatic car keeps the transmission in the first three gears which comes in useful in situations where you need high torque at a lower speed.

What happens if you drive on D3?

If you drive on D3, it means that the transmission will be in the first three gears and the rev range of the engine will be higher.

Does D3 make your car faster?

No, a D3 mode doesn’t make your car faster, it only keeps the transmission from shifting into higher gears, therefore resulting in higher torque and rev range in lower gears.

When should I use drive 3?

You should use drive 3 gear when driving uphill, driving downhill, or driving on public roads at a lower speed. It sometimes even comes in handy when towing or carrying weight at a lower speed.