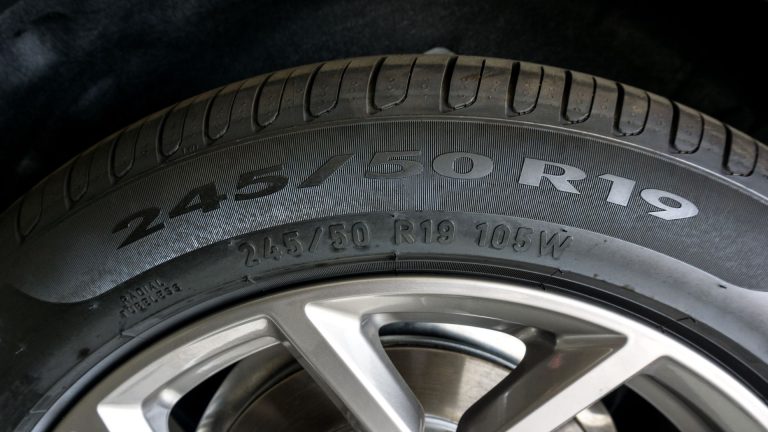 You can see the crucial features of a tire by simply looking at the tread, but have you ever noticed all those markings on the sidewall? Well, there’s much more about the tire number meaning than meets the eye, and although it seems tiring to learn all the definitions, it could come in quite handy.

That’s why our team of automotive experts prepared a detailed tour over the tire numbers and markings that don’t the sidewall. If you would like to expand your knowledge on the information written on the tire’s sidewall, read on and learn to read everything about a tire by looking at these numbers!

What do numbers on tires mean?

Numbers and markings written all over the sidewall give you a detailed understanding of the tire’s size, type, capacity, and year of production. Still, these pieces of information are often overlooked since some tires feature a large manufacturer designation.

It can cover a solid part of the sidewall, so you might not spot the numbers and markings right away. Before we get into any detailed explanations of the information written on the tires, here’s a list of all the information you can see from tire numbers:

As you can see, there’s quite a bit of information going on in the sidewall section of your tire. The information goes around the tire’s sidewall, and each number and designation has its meaning. Perhaps the crucial information about the tire can be found in the code of numbers that start with the vehicle type.

The group of tire numbers expressed in the largest font starts with a letter, usually with a “P”, or “LT”. It’s the tire’s metric size, meaning it specifies the vehicle type that the tire fits best on. The usual metric designation is “P” for passenger vehicles including smaller SUVs and crossovers.

However, there are other metrics marked as well including the “LT” which stands for a light truck. Temporary spares have a “T” designation, while the “ST” mark refers to the special trailer. The latter can be used for car trailers, boats, or utility trailers.

Also known as the aspect ratio, this number represents the ratio of the height when compared to the tire’s width. So, having a number 55 in this spot means that the tire’s height is 55 percent of the tire’s width. These numbers can help you understand the tire’s size according to the distance between the sidewalls and profile.

Right after the profile ratio, you’ll see another letter that explains the tire’s construction type. It can be an “R” marking if it’s a radial tire, while “B” or “D” means that it’s a diagonal construction. It means that there’s a diagonal ply cord that spreads to the center rib of the tread.

This type of tire construction gives proper support to the tire even if the thread depth gets worn off. Finally, the last two-digit number in this code lets you know about the tire’s size. It’s the diameter marking expressed in inches, so an R17 mark means it’s a radial tire with a 17” diameter.

Finally, if you have a number sequence that goes P225/55R17, it’s a passenger tire 225 millimeters wide from one sidewall to another. It’s a radial tire with a 55% profile ratio and a size of 17 inches in diameter. Most frequently, you’ll be looking at this sequence to determine two important factors – tire size and the type of vehicle it fits on.

Each tire also has different ratings depending on the type of vehicle, speed, and load. These marks and numbers are also found on the sidewall, and two crucial ratings can be found right after the sequence with the tire size and type that we analyzed.

In the continuation of this code, you’ll find another two-digit number or three-digit number followed by a letter. The number refers to the load index, and it goes from 75 to 120. It signifies the total load that a car with that particular set of tires mounted can withstand.

Looking at the tire identification number or a “DOT” number can also tell you some crucial things about your tire. It’s the Department of Transportation number which lets you know when the tire is produced. For example, if you have a tire with a DOT number date mark of 4021. it means that the tire was manufactured in the 40th week of the year 2021.

This is important since some tires aren’t always sold in the first batch, and you don’t want to buy a tire that’s so old that materials might have degraded.

How do you read a tire code?

You should always read a tire code from left to right based on the sequence of numbers. There are two important sequences – one that starts with a letter describing vehicle type, and a DOT number. The first sequence gives you an idea of the vehicle type suitable for the tires, its width, profile, size, and ratings.

How do I tell how old a tire is?

The DOT sequence lets you know when the tire was produced, so you can know the exact manufacturing date. The number consists of four digits – the first two meaning the production week, and the last two being the production year.

Over the years, the tire number meaning troubled drivers all over the world as it seems somewhat complex and difficult to understand. After reading this guide, you will know exactly what each number means, as well as the letters that signify the vehicle type, temperature resistance, and traction rating.

It could make a great difference since you’ll be able to pick a tire set that best suits your need the next time you visit a tire retailer.