How many lumens are car headlights? 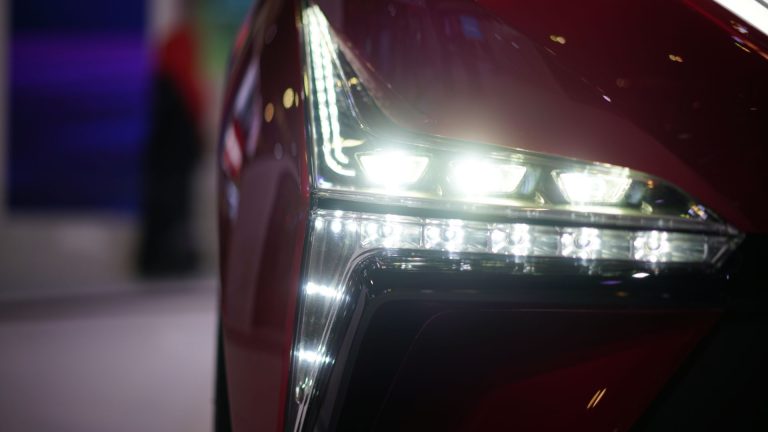 Most drivers aren’t concerned with the life span of their headlights too much. Among all the car parts, they probably don’t cause much panic in your mind, but it gets difficult to drive at night when headlight lamps wear off.

That’s why many drivers ask the following question before changing the lights – how many lumens are car headlights? Car headlights are mostly between 700 and 4000 lumens, depending on the headlight type. You’ll want to make sure to pick the according to headlight replacement for your car and to respect the legal regulations, so this guide will help you.

What’s a lumen and why does it matter for car headlights?

A lumen is a measurement unit for the distance covered by the light beam of your car’s headlights. While the electrical power of your headlight lamps is measured in watts, the lumen represents a different measurement unit.

It’s more useful for the driver since one lumen represents the glowing area of the road that could be covered with a single candle. So, to provide you with a visible field while driving at night, it’s clear that the car’s headlights need to have at least 700 lumens.

Naturally, new vehicles these days often come with advanced LED headlights that shine brighter than halogen lights. Still, that also leads us to one dangerous situation – aftermarket LED lights. This is why unknowing the illumination field of your headlights in lumens matters the most.

If you upgrade from halogen to LED lights, chances are that you won’t do it as well as car manufacturers do with their OEM lights. It’s because their lights have specific lenses that spread the concentration of the light beam so you can see while driving without blinding other drivers.

You’ve probably noticed someone with aftermarket LED lights at least once before, and these are easy to recognize. Due to bad lense, most aftermarket lights glow so concentratedly that you might not stand looking at them directly. This is a dangerous occurrence on the road, and that’s why most US states forbid using aftermarket LED lights if your car came with factory halogen lights.

The difference in headlight power in lumens and kelvin

Besides the common confusion of drivers when lumens are mentioned instead of watts, there’s also another measurement unit – kelvin. It just makes the mess and confusion even greater, so let’s briefly explain the difference.

While the lumen represents the illumination surface that the lights cover, kelvin represents its color temperature. The lower the temperature, the more yellowish your headlight color will seem. So, older halogen lights were mostly rated around 3000K, while new LED lights surpass 5000K.

It also reflects light density, so you should be careful when choosing replacement lights. For instance, a range between 700 and 4000 lumens is suitable according to law, in combination with color temperature below 6000K.

Headlights that glow brighter than 6000K are often referred to as “high-intensity discharge lights”. So, make sure to be careful what you pick if your headlights go out.

How many lumens are halogen lights?

Halogen lights are mostly found in older cars while even some new models have them. They are cheaper to replace than LED lights, and mostly glow between 700 and 1500 lumens. Lights gone out shouldn’t be confused with a discharged battery, as a dead battery could also prevent them from glowing.

So, make sure your battery works properly before replacing halogen or LED headlights as it’s not as cheap as you might think. Halogen lights are not only cheaper, but they also represent less of a threat for drivers with sensitive vision coming from the opposite direction.

In comparison, LED headlights are much brighter, so they also require finding replacements that glow in higher lumen than halogen lights.

How many lumens are LED lights?

As mentioned, most modern vehicles come with LED lights as factory standards. These have a higher brightness output than halogen lights and usually range from 2000 to 4000 lumens. Thanks to that, you’ll be able to see at least 25% more of the road ahead at night when compared to halogen lights.

They are safer to drive with for that matter, but they also shine brighter in the mirror of other drivers. That’s why it might be useful to adjust the light beam direction in the car to make sure they are not pointing far up.

On average, LED lights also make your car visible to drivers up ahead from more than 3/4 of a mile on a straight road. That can be helpful when applying safe driving techniques like Smith’s 5 Keys, as other drivers will be able to spot your car on time.

How many lumens are HID lights?

The high-intensity discharge lights appear whiter than regular halogen and LED lights, and they shine roughly at 3500 lumens. So, these lights are among the brightest in the automotive industry, and they are also known as “xenon” headlights.

Xenon lights are also more expensive to replace than halogen lights, and some drivers find them to be too bright. So, between the three, LED lights make somewhat the best compromise when it comes to headlight usability and brightness in lumens.

Lumens and legal headlight regulations in the US

We already mentioned how it’s illegal to swap your factory halogen lights for LED or xenon lights. Using a headlight over 6000K is illegal in most US states, and the regulation in lumens is mostly limited to 3000 lumens.

For instance, the state of California allows up to 2500 lumens, so you might want to check the regulations for your state. Still, drivers with halogen headlights won’t have to worry regardless of the exact brightness, while most LED lights fit into this limitation as well.

So, HID lights can cause you the most legal trouble depending on the state you live in. Lights over 6000K are also forbidden as they might result in strange colors that could endanger the safety of other drivers.

This guide hopefully answers the question of “how many lumens are car headlights” in enough detail so you can find the accordant replacement for your car’s headlights. Make sure to respect the legal regulation in your state, and don’t experiment with HID and LED lights that go over 3500 lumens.

Even if those are legal in your state, it can still cause trouble on the road if other drivers get blinded by the level of brightness.

Are 10000 lumens bright for headlights?

Yes, the brightness of 10000 lumens is too bright for headlights and it’s not legal to drive with lights so bright in the US. Even extremely bright HID lights come with 3500 lumens, and even these are not legal in every state.

How many lumens should a LED Headlight be?

A LED headlight should be between 2000 lumens and 4000 lumens, while this number is often much closer to the lower limit.