Car won’t shift out of park — causes and fixes 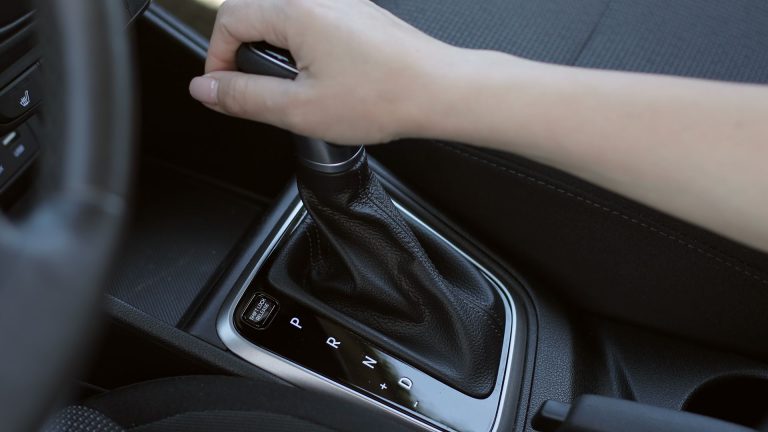 What’s more annoying than a car that won’t start? Sometimes, when you start the engine, the car refuses to shift out of park. If that’s your problem, then you’re in the right place.

Usually, this problem occurs in cars with automatic transmissions. Since 1965, carmakers have fitted their automated transmission systems with a parking pawl.

Some other issues can make your car stuck in park. In this article, we’ll discuss the problem, how to fix it, and other things you should know.

What causes the gear shift to be stuck in park?

When your gear shift gets stuck in park, you can’t drive the car. We’ve compiled the common causes that can make your gear shifter not shift from park.

You can order an aftermarket brake light switch for about $15 – $45. While you can fix it yourself, some cars are more complex and require a professional to replace the switch.

The easiest way to locate the brake light fuse is by following the car owner’s manual. Depending on your car model, you’ll spend up to $100 to test and replace fuses.

A bad ignition switch can cause lots of problems. For example, it can cause the car to stall while driving. Failing ignition switches can also make your gear shift to get stuck in park. Depending on the car model, you can spend around $120 – $250 on an ignition switch replacement.

When the battery is low or dead, you’ll experience inconsistencies in shifting operations. Most times, drivers complain about how they can’t shift the car to neutral when the battery is dead. A dead or low battery is also one of the issues that can cause a vehicle to not move from park.

Other issues like a worn parking pawl and open circuit can also cause a car to get stuck in park.

Dealing with the shifter linkage actuator

The shifter linkage actuator is yet another reason why you can’t shift out of the park. It’s easy to recognize this issue since you’ll be able to move the shifter, but the panel will still say it’s stuck in the park mode. The linkage actuator is the connection between your shifter and the transmission, connected by a cable that the shifter moves.

So, if it’s broken, you’ll be able to move the shifter, but it won’t affect the transmission. You can fix this issue by lifting the hood and re-connecting the linkage cable to the shifting actuator. It’s located right next to the engine and you’ll notice the lever that moves as you move the shifter.

How do you fix a car that won’t shift out of park?

If your vehicle doesn’t shift out of park, don’t try to force the shift lever into reverse or any other drive mode. Trust us; it does more harm than good for your transmission.

Here are some tried and tested tips that can help you get the shifter out of park;

Make sure you’re pressing down on the brake pedal

While this sounds like general driving knowledge, some drivers can forget about it. Always make sure your foot is down on the brake pedal whenever you’re shifting out of park. If you don’t apply the brake, there’s no way you’re getting out of park.

Have you tried shifting while braking, and it’s still not working? Well, you should inspect the brake light. If you’re not sure, the brake light is right above the brake pedal.

The brake light should be on when you engage the brakes. If the light isn’t on, then something is wrong with your brake light switch. You have to get a new switch to fix the problem.

Check if you parked on an incline or hill

The pressure on the parking pawl can cause the shifter to get stuck in park. To get out of this situation, you must rock the car forward with your body weight. Once the vehicle moves forward, step on the brake and hold it to relieve the parking pawl of pressure.

Try shifting out of park with your foot still on the brake pedal, and it should work.

Try to override the shift lock

If you’ve tried everything on the list and your car is still in park, you can try overriding the shift lock system and shifter release.

To disengage from park, drivers have to turn on the ignition with the key. New cars from around 2010 have an even stricter gear security system known as the shift lock release.

The following are steps to override a shift lock release;

Due to several different electrical issues, the shift lock release button might not work for you.

What do you do if the shift lock release button doesn’t work?

Supposing your battery is dead, you can perform any of these dead car battery tricks, or jump-start the vehicle and try using the release button again. If you try and nothing is working, send the car to a repair shop for professional help.

Different factors can affect the transmission and cause the gear shifter to get stuck in park. You can fix the common issues that cause this problem without spending too much on repairs. Some methods can help shift the gear lever from park.

What causes a car not to shift out of park?

Faults like a bad brake light switch, blown brake light fuse, failing ignition switch, worn parking pawl, and more can cause a car not to shift out of park.

What causes a car to be stuck in park?