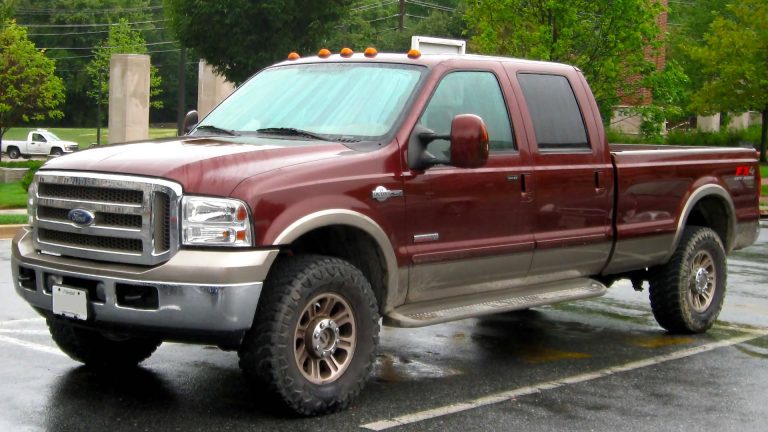 What sets the 6.0 PowerStroke apart from its predecessors is that it can reach its optimum power higher up the rev range. Ford used it for its F-Series from 2003 to 2007.

Certain problems are common to different engine kinds. Knowing the type of problems your engine is vulnerable to would be handy when drafting the proper preventive maintenance schedule for your truck. Here are the common issues the 6.0 PowerStroke is adept at facing.

The fuel injector control module (FICM) activates the pressure doors, which allow fuel to flow to the cylinders. Excess heat and vibration from the engine can cause the FICM to fail, causing your truck to lose power. It also causes rough idling and affects control and drives.

Torque-to-yield (TTY) head studs are fasteners that undergo plastic deformation due to being torqued beyond the state of elasticity. Their advantage over bolts lies in their ease of assembly and the accurate torque loading it provides.

However, if you value performance over the advantages the TTY head stud provides, you would be better off without it, as it is a significant cause of head gasket failure when damaged due to cylinder head pressures. The 6.0 PowerStroke TTY head stud gets damaged even by adding a tuner.

Damaged TTY head studs must be replaced, as they can only be used once. Aftermarket head studs fare better than OEM head studs in terms of performance.

The trucks that use the 6.0L PowerStroke need their oil to be cooled more than other trucks. To respond to this issue, Ford included a liquid-on-liquid oil cooler in the 6.0 PowerStroke.

After some time, large particles and debris find their way to the small passages of the oil cooler, clogging it and leading to exhaust gas recirculation (EGR) cooler failure. When addressing this issue, you must refrain from replacing the oil coolers with affordable variants that do not offer much value. To be safe, you should avoid aftermarket parts and get the original equipment manufacturer (OEM) parts.

Ford uses variable geometry turbo (VGT) for the 6.0 PowerStroke. They were effective but had one severe issue – they allowed excessive soot buildup.

The excess soot causes the VGT vanes to stay open, causing an increase in turbo spooling times and stressing the throttle response in the process.

The turbocharger also had a poor oil drain tube which caused most of the turbocharger failures drivers using the 9.0 PowerStroke experienced. The collection of oil in the system due to the poor drain tube resulted in the oil cooking and becoming a nuisance.

The exhaust gas recirculation valve controls the flow of exhaust gas being recirculated in the engine. The 6.0 PowerStroke engine is known to develop EGR valve issues primarily due to soot clogging, causing it to fail. Using diesel of poor quality in the engine can also induce EGR valve failure, affecting the performance of your truck.

Frequently cleaning the EGR valve would help mitigate this issue as it discourages soot buildup. If your EGR valve problem is caused by poor fuel or any other severe factor and your mechanic recommends replacing it, endeavor to avoid getting aftermarket EGR valves, as some are more detrimental than beneficial.

Which 6.0 PowerStroke years to avoid?

If you search with the correct information, you can get the right 6.0 PowerStroke which will serve you well, even better than some engines. As such, you need to be aware of the models of which you should steer clear.

The 6.0 PowerStroke engine only lasted five years and was quickly discontinued due to the series of problems it encountered. However, amongst all five models, the worst ones you should avoid at all costs are the 2003 and 2004 models. They had persistent oil subtracting from their value compared to the other models.

The kind of repairs and maintenance the 2003 and 2004 6.0 PowerStrokes required were most disheartening for the average driver’s pocket.

2003 to 2006, 6.0 PowerStroke models had turbo failure, primarily due to the engine’s restrictive oil drain. However, the 2006 model had the issue due to the lack of an internal turbo groove.

Here are some specific years of the 6.0 PowerStroke engine that may be prone to reliability issues:

The 2003 model year of the 6.0 PowerStroke engine was the first year of production, and some users have reported issues with the engine’s reliability.

The 2004 model year of the 6.0 PowerStroke engine saw some improvements over the 2003 model, but some users still reported reliability issues.

The 2005 model year of the 6.0 PowerStroke engine saw further improvements, but some users still reported reliability issues, particularly with the engine’s injectors.

Is the 6.0 PowerStroke worth buying?

If you eventually decide on going on with the purchase, you would be better off with either the 2006 or 2007 model years. These final model years saw several improvements and are generally considered the most reliable among 6.0 PowerStroke engines.

Do all 6.0 PowerStrokes need to be bulletproof?

Not all 6.0 PowerStroke engines need bulletproofing (modifications) to function correctly. The need for bulletproofing depends on various factors, including how the engine is used, how well it is maintained, and the specific model year of the engine. Consider consulting with a mechanic or diesel specialist to understand better the engine’s condition and whether bulletproofing is necessary.

What is high mileage for a 6.0 PowerStroke?

Which 6.0 PowerStroke models are most unreliable?

The most reported reliability issues with the 6.0 PowerStroke engine were mainly for the 2003 and 2004 model years. These issues can include problems with the engine’s injectors, coolant system, and oiling system.

What is the biggest problem with the 6.0 PowerStroke?