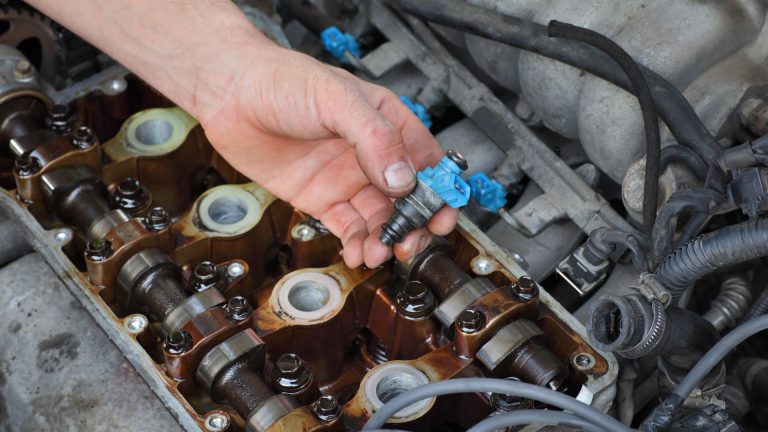 If you are not a dedicated car guy, chances are that you never heard of fuel injectors. These are key parts for spraying fuel into your intake manifolds, and they can sometimes get clogged. Although the injectors require regular cleanups, there are some problems after fuel injection cleaning.

That’s why we’ll elaborate on all the issues that might occur after you clean the injectors, as well as deal with the cause. We’ll also go over using the fuel injector cleaners the right way, so you can avoid having to face expensive repairs afterward.

The role of fuel injectors

Before we get into potential issues you could face after cleaning the fuel injectors, let’s stop for a minute to discuss why they are important for your car. Fuel injectors are responsible for injecting fuel led by the fuel pump into the intake manifold.

The process is quite delicate, as the injectors need to spray the fuel at the exact angle. If they get clogged, you can face combustion problems and your engine won’t work properly. The injectors are a crucial part of the fuel delivery system, along with the fuel filter and the pump.

If your car won’t start after getting gas, it can be due to a failed fuel pump, so the injectors can’t do their job which leads to proper combustion. In case of a clogged fuel injector, you could end up getting uneven idle revs, acceleration issues, and difficulties starting your car. That’s why it’s important to use a fuel injection cleaner to avoid clogged or dirty injectors.

It’s a good option to just wait until your gas tank gets nearly empty and to pour the cleaner on a gas station, right before adding gas. The next step is to fill your gas tank with fuel, and because you first poured the cleaner, you’ll get just the right mixture of the additive and fuel.

As you start your engine, the mixture of the additive and fuel will be drawn into the injectors, therefore cleaning the residue that causes clogs.

Possible problems after using the cleaner

If you don’t use fuel injector cleaners properly, there are several issues you might face. Common reasons for improper use include a bad mixture of fuel and cleaner. It can happen if you pour the cleaner into a gas tank nearly full of fuel.

On the other hand, some cleaners are just poor quality solutions, and they might not be properly dissolved, causing clogs in the fuel delivery system. It could also cause fuel pump issues, and trigger similar difficulties to those caused by a bad air filter. Here are some of the main problems that could appear:

Even though you’ll be using the cleaner to remove the clog, you might just make it worse if you don’t use the additive properly. Because of this, the fuel delivery into the intake manifold won’t be as precise, so the engine performance won’t be at a top level.

Further consequences include poor acceleration, engine misfires, and a sudden loss of power on certain revving ranges. You might feel that the torque delivery isn’t at the level you are used to, so it can be a major issue in the engine’s performance.

Not only can improper use of the cleaner clog the fuel injectors, but it can also damage other components of the fuel delivery system. For instance, using an improper mixture or a wrong cleaner additive for your vehicle might result in a leaking fuel pump.

So, the whole fuel delivery system could be compromised, and you might need to replace both the injectors and the fuel pump. Because of the newly-formed mixture of air and fuel, your engine’s combustion won’t work properly and it might consume more fuel than it should.

If your vehicle won’t start at all after using the fuel injector cleaner, you might have used the wrong additive. There are different additives for diesel and petrol engines, so you should pay attention and read the instructions while choosing the cleaner.

Of course, not being able to start your engine is the worst issue of them all. It’s more likely that you’ll experience varying idle revs. This could also be a result of a fuel pump malfunction caused by the wrong choice of cleaner. Don’t worry, though – a simple visit to a mechanic should help you solve all of these issues.

Ending up with damaged sensors is a common issue of improper cleaner use. The oxygen sensor damage is the most frequent. To avoid it, you should look for fuel injector cleaners labeled safe for oxygen sensors. It’s visible on the package, and using these cleaners won’t end up in damaged sensors.

Overall, if you face problems after fuel injection cleaning, you’ve either used the wrong cleaner or didn’t mix it up with fuel properly. Hopefully, this guide will shed some light on the right way of using these cleaners, since they can truly relieve your engine and make it work better.

Fuel injector cleaners can not only remove all the clogs, but they can also extend the life cycle of the other components in your car’s fuel delivery system.

Yes, a fuel injector cleaner can clog fuel injectors in case you use the wrong additive for your engine. If there’s a wrong mixture of fuel and the cleaner, the particles in fuel injectors won’t be properly dissolved. So, that can result in clogged fuel injectors, and the problem will even be worse than before using the cleaner.

Is fuel injector cleaner safe to use?

Yes, a fuel injector cleaner is safe to use as long as you pay attention to the labels and instructions on the package. For maximized efficiency, you should apply the cleaner on a nearly empty gas tank, and you shouldn’t mix the cleaners for diesel and petrol engines.

How long do fuel injector cleaners take to work?

Fuel injector cleaners start working as soon as you start your engine since the mix of the additive and fuel gets drawn into the injectors. However, it might take about 100 or 200 miles for the results of the cleanup to become obvious as you drive.