Why does gas pump keep stopping — causes and fixes 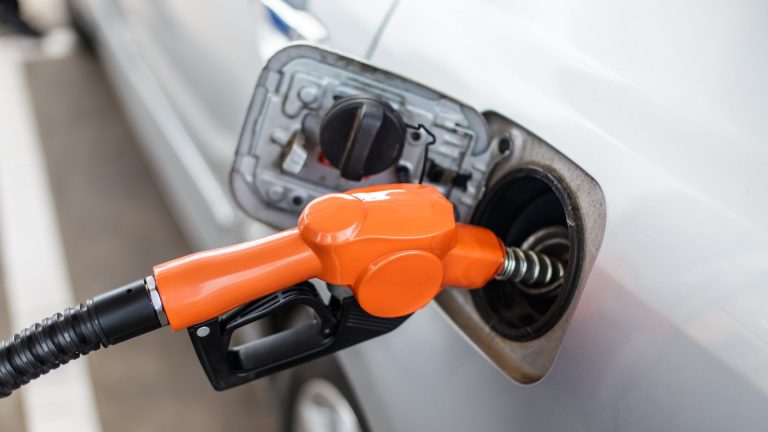 Imagine just regularly driving around and stopping to get some fuel and your car doesn’t let you top it up. At this point, you must be wondering – why does the gas pump keep stopping? Your gas pump keeps stopping due to a clogged tank hose, or charcoal in the EVAP canister.

However, it’s not always a mechanical malfunction in your car. To give you a better perspective on this bothersome situation, our team has prepared a list of reasons behind your inability to top up fuel. Let’s take a look at what could be the cause if it’s not one of the mentioned scenarios, and explain each situation in more detail.

It can all be the EVAP system’s fault

Not being able to pour fuel into your car’s tank is surely a problem you don’t imagine encountering frequently. Although there are other problems like if your car won’t start after getting gas, you shouldn’t expect that sort of trouble while at the gas station.

While the problem with starting the car after replenishing fuel could be due to clogged fuel filters and pumps, not being able to even fuel up the car is even more frightening. However, there’s one common denominator between these two problems – the EVAP system.

While older cars didn’t have these, the EVAP system first appeared in the automotive industry back in 1970. It serves an important role in preventing harmful vapors from reaching the atmosphere. Instead, these vapors are filtered into safe gasses that exit through your exhaust.

So, what’s the connection, you might wonder? Well, if the EVAP valve malfunctions, you might not be able to start your car after getting gas. It will just let too much fuel enter the chambers which could trigger combustion difficulties.

On the other hand, if the EVAP canister is clogged, air won’t be able to escape as you fill-up the gas, and you won’t be able to top up the fuel. There’s a small fuel pump nozzle’s shutoff mechanism that cuts off the fuel supply if the air can’t pass through. Such problems and the issues of evaporative emissions system leaks can lead to confusion and the gas pump stopping.

Main reasons why you can’t fill up the gas

Now that you know some of the EVAP system’s basics, it’s time to dig into all of the potential problems. It doesn’t necessarily mean you have a problem of some sort – it can also be due to the pump. So, here’s a brief overview of the main issues that might trigger difficulties while fueling up:

If the issue is not caused by clogged or dirty hoses and vapor canisters, the gas pump nozzle likely creates a problem. You might not know this, but the pumps come with a safety mechanism that shuts off the fuel supply in case the top of the nozzle comes in contact with fuel from the outside.

So, it usually happens if you overfill your gas tank, and there’s fuel residue on top of the nozzle. In this case, the fuel supply is cut off to prevent potentially hazardous situations. However, what if you didn’t overfill your tank?

Well, a few drops of fuel may have bounced up back to the nozzle if you push the gas pump trigger with too much pressure. Regardless of what you do next, you won’t be able to continue fueling up. So, sometimes the solution is as easy as pumping fuel slowly and not putting too much pressure on the pump.

Modern-day pumps can pump fuel at immense pressure, so it’s also possible that some fuel is “stuck” in the narrow part of the tank hose. So, it will come in contact with the safety mechanism which locks the fuel line, as if you overfilled the tank.

The gas tank hose gets dirty

Another possibility is that the tank’s hose got dirty and the vapors can’t escape through the hose mounted on the top of the EVAP canister. To fix this issue, you’ll need to make the hose that goes from the canister into the gas tank clean again.

It’s a good thing you can even do this by yourself if you have a small air compressor. If you don’t leave it to a mechanic that will use a compressor to blow air through the hose and clean it up. Fumes and vapors will be able to move through the system again, and your EVAP system won’t prevent you from fueling up.

If you notice a “check engine” light glowing on the dashboard and you can’t fuel up the tank, it’s probably due to a clogged EVAP canister. Another common symptom of this issue is if you notice a strange noise while opening the lid of the fuel tank.

As you regularly top up your fuel, the vapors go through the hose and into the EVAP canister. If the canister is clogged, all that pressure will simply stay in the fuel tank. As mentioned, it won’t be able to escape as you try to pour fuel into the tank.

Eventually, that pressure will cause a problem since fuel won’t go right into the tank, and the pump nozzle will sense fuel drops. So, it will likely shut off, and you won’t be able to pour fuel in, even if your tank is nearly empty.

To deal with this issue, you’ll probably have to replace the canister itself since it’s hard to clean it. However, it will solve all of your fuel pumping issues and the nozzles won’t close again the next time you visit a gas station.

If you’ve been wondering “why does the gas pump keep stopping” as you try to top up the fuel, now you know the answers. It doesn’t necessarily mean that something’s wrong with your car fuel and EVAP systems.

Still, it’s sometimes worth checking out the EVAP canister and the hose that goes from the tank to the canister. If you are lucky, a bit of cleaning with a compressor will solve the issues and you’ll be able to fuel up the car easily again.

Why does the gas pump keep stopping when my tank isn’t full?

Your gas pump keeps stopping when your tank isn’t full if you have a clogged EVAP canister which triggers the safety mechanism of the pump nozzle and shuts off the fuel delivery.

Why won’t my gas tank let me put gas in?

Your gas tank won’t let you put gas in if you are using too much pressure when pressing the pump’s trigger, or if there’s a malfunction in your car’s EVAP system.

When pumping gas it keeps stopping, how do you fix it?

You can fix the problems with a stopping gas pump by replacing the EVAP canister or cleaning the tank hose connected to the canister. Sometimes even fueling up with lower pressure will do the trick.

What to do when the gas pump keeps stopping

If the gas pump keeps stopping, you can try lowering the pressure on it. If that doesn’t work, and you notice that the fuel is spilling like your tank is full, you’ll need to replace the EVAP canister.