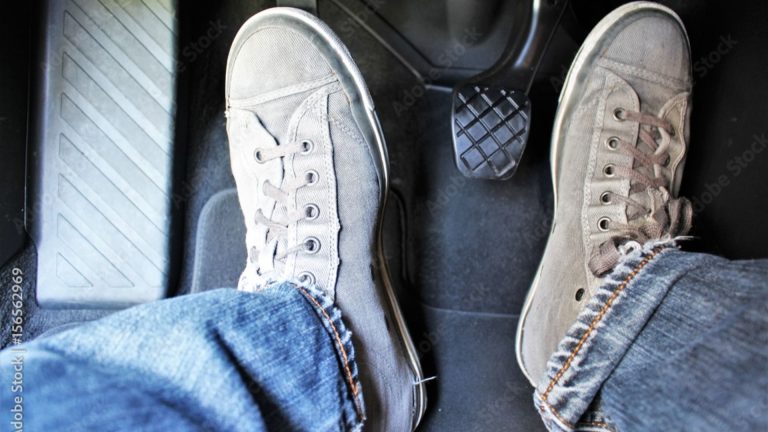 Driving a manual transmission car certainly requires a lot more skill when compared to an automatic one. That’s why many US car enthusiasts choose to buy muscle cars like the Camaro ZL1 or GT Shelby 500 with a stick (at least while you can still find one). However, although you get more driving engagement and the ability to use your skill to control the machine, the manual transmission is sometimes complicated.

With the third pedal, the clutch pedal, things get a bit more difficult and might eventually lead to riding the clutch. Such situations are quite harmful to your car, so our team made sure to handle the issue by covering the details in this guide.

What does riding the clutch mean?

Simply put, riding the clutch represents partially engaging the clutch and putting pressure on the pedal for extended periods. It’s best to either push the clutch all the way or not even push it at all to prevent wear and tear on the clutch system.

However, not everything is quite simple, since riding a clutch can benefit your engine in some situations. The grip itself is used to discontinue the torque supply from the engine to the transmission. If the engine constantly provided power to the transmission, gear shifts wouldn’t be possible in the first place.

However, with the clutch system, you can cut the torque supply briefly, shift gears, and continue the engine power supply by releasing the clutch. If you aren’t much of a car guy, it simply connects and disconnects the bond between the engine and the transmission so you can safely shift gears.

High engine speed and revving the engine produce high torque output that transfers to the transmission and the wheels. However, if you aren’t experienced in manually shifting gears, you might drive with low engine speed at a higher gear.

At this point, even flooring the gas pedal won’t result in a significant torque increase, and your engine might stall. It’s that moment when you sense your engine vibrating and acting in a jerking motion before it shuts off. Still, you can partially press the clutch to disengage the connection between the engine and transmission, therefore relieving your engine of pressure.

At the same time, stepping on the gas will increase the engine speed and raise the revs higher, and releasing the clutch will get you going regularly and prevent the engine from stalling. While it seems like an intelligent driving technique, it’s pretty harmful to the clutch.

Typical situations for riding the clutch

Riding the clutch might not cause much of a problem if you do it once, but doing it for extended periods is bad for the clutch system. You might end up noticing clutch slip symptoms as the clutch wears off every time you keep it partially pressed.

Now, let’s be real here – if you are driving a manual transmission car, you are probably riding the clutch even if you don’t realize it. It can’t be helped since it sometimes saves the day in certain situations, and you might be doing it as a reflex. To help you remove this bad habit that could cost your clutch repairs, our team made a list of situations where drivers commonly ride the clutch:

Also, there’s always the situation where your engine is about to stall, as mentioned before. If your engine speed simply doesn’t provide enough torque according to the current gear, you can downshift and avoid riding the clutch. However, some drivers prefer staying in the same gear and riding the clutch to raise the engine speed with the engine and transmission being disengaged.

It’s simply a matter of a bad habit, and that’s at least a situation you can always prevent by shifting into an accordant gear.

One of the situations where you can’t easily avoid riding the clutch is when starting uphill. You’ll need to control the torque and start with a more powerful pressure on the gas pedal, but it’s tough to even for expert drivers to release the clutch right away.

In such a situation, riding a clutch for a short period can be forgiven, but you can train yourself to release faster. Situations, where you can avoid riding the clutch, are more relevant for clutch system preservation.

Driving in reverse or parking the car

Perhaps the most common situation where you might ride the clutch is when shifting into reverse. Especially if you are doing it while parking the car, it takes subtle movements, so you are probably using the clutch to avoid the engine stalling.

The same goes for starting the engine and moving off in the first gear. It might take some time and practice to avoid riding the clutch in this situation and releasing the pedal quickly. It’s still possible to avoid it much easier than uphill starting which might require you to press the clutch pedal a while longer.

Riding the clutch in a traffic jam

In case of jammed traffic, you are probably using the clutch to stop your car, and riding it in case the row of cars is moving off slowly. We get it – it’s tiring to constantly take the shifter out of the gear and place it in first gear to move a few inches and stop again.

Still, it’s harmful to your clutch, and doing so in a long run will result in serious clutch damage. It’s yet another situation where riding the clutch could be prevented.

Resting your foot on the clutch pedal

One of the worst things you can do to your clutch is to rest your foot on the clutch pedal while driving. Not only will you be slightly riding the clutch, but you are also putting stress on the engine and transmission by occasionally increasing clutch pressure.

Consequences of riding the clutch

If you ride the clutch frequently, you’ll end up damaging the friction disk and flywheel which are crucial for proper disengagement of the transmission from the engine. So, if these clutch parts wear off, you won’t be able to properly shift gears.

Eventually, will lead to clutch slipping and a hard time getting the shifter into the gear properly. It might also trigger shuddering and noises when shifting gears, and a spongy feel in the clutch pedal as the clutch wears off.

In the worst-case scenario, your clutch pedal might lose its pressure and you won’t be able to shift through gears, leaving you stranded and having to tow your car.

In the end, riding the clutch is never a good thing, although it can save your engine from stalling in certain situations. Still, it’s much better for your car and the clutch itself that you adjust the torque output from the machine by shifting into an accordant gear.

The truth is, we all ride the clutch at least for a few seconds on certain occasions, and it will ultimately lead to clutch failure. That’s why you should do all in your power to get rid of the bad habit, and this guide hopefully helps.

What does riding on the clutch mean?

Riding on the clutch means partially engaging the clutch pedal or releasing it too slowly while pressing on the gas.

What is riding the clutch and why is it bad?

Riding the clutch is where you partially press the clutch pedal even though the shifter is in gear. It’s bad for your clutch as it damages the friction disc and the flywheel and ultimately leads to clutch failure.

How do I know if I’m riding the clutch?

You can know that you are riding the clutch if you are holding on to the clutch pressure partially, and by a burning smell that might be caused by damaging the friction disc.

Is it okay to ride the clutch in traffic?

It’s not okay to ride the clutch in traffic, even though many drivers do it to slow down and slightly move in a traffic jam. It’s much better for your clutch to simply take the shifter out of the gear and put it in gear again.