If airbags deploy, is a car totaled? 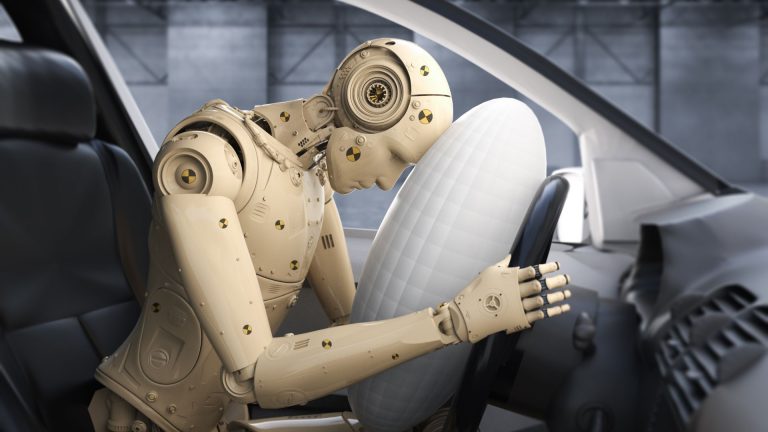 Being involved in a car crash is never a pleasant experience, and even if it’s just a light collision, it involves dealing with the insurance and the repairs. So, one of the main questions is – if airbags deploy, is a car totaled? If your car’s airbags deploy during the crash, the car will be declared totaled if the damage goes over 70% of the car’s value.

With new vehicles, chances of this happening are slim based on the damage caused by deployed airbags alone. Still, the circumstances and overall car damage can prevail, so our team decided to help you understand the situation.

What happens when a car gets declared totaled?

One of the first things you’ll want to know is what it truly means when a vehicle is totaled. Well, the driver at fault for the accident pays for the damage through insurance. So, if the airbag replacement cost is near the value of your car, it will be considered totaled.

The insurance will pay for the damage minus your deductible, which is the amount you agree to pay yourself in case of an accident. You can do whatever you want with the amount – you can even use it to rebuild your crashed car if you find such a move profitable.

On the other hand, you’ll receive a check from the insurance and they will sell your car in its current condition. The cost of replacing deployed airbags on a car varies from $1000 to $5000 – it all depends on your car’s model and year of production.

So, if you are driving an older car valued at $3000, and the airbag replacement cost is over $2000, it can be declared totaled. However, the total damage is considered when airbags deploy. So, if you were in a frontal collision with another vehicle that resulted in deployed airbags, replacing the airbags probably isn’t the only fault.

You might end up with a damaged head gasket, burst engine block, and even damaged cylinders or positions. So, the cost of an engine rebuild might surpass the cost of changing the airbags, and the total cost of repairs could result in your car being declared totaled by the insurance company.

Airbags are designed to deploy in severe collisions and moderate frontal, side, or back collisions. However, if you’ve been in a low-speed collision, deployed airbags can do more harm than good as they can lead to injuries.

So, the fact that airbags deployed alone probably means you’ve been in a dangerous collision that could cause more than just minor injuries. While airbags save you from earning worse injuries, they can also only be used once.

You’ll also have to change them with a new set of airbags to make sure that they all go off properly in an unfortunate case of a possible new collision. Chances are that along with the damage concerned with replacing airbags, you have at least some body work to do on your car.

Ultimately, there’s a high chance your car will be declared totaled if this happens, and the insurance company will write you a check minus the deductible and take ownership of the car. You can then proceed to buy a new car or even try to purchase your old crashed car back and do the repairs.

Will airbag replacement be covered by insurance?

If airbags deploy but your car isn’t totaled, the insurance should cover your repairs and airbag changing. If your car gets declared totaled, you’ll just receive a check and the vehicle will get into possession of the insurance company.

In this case, airbags won’t be changed since it’s an expensive repair. You can check the insurance agreement for details about damage repair to see if you’ll get compensation for changing the airbags if your car isn’t declared totaled.

In most cases, the insurance will pay for airbags replacement if you get hit by another car, or if your vehicle isn’t totaled while covered with a proper insurance policy.

Defective airbags that don’t deploy during a crash

One of the worst scenarios is if your airbags don’t deploy at all during the crash. This could happen due to two reasons – either the airbags were defective from the start or the collision wasn’t registered by the airbag sensors as serious enough.

That’s because sudden airbag deployment can also affect the severity of your injuries in low-speed collisions. On the other hand, if the airbags didn’t deploy due to a malfunction, you can file a lawsuit against the company that produced them or the vehicle manufacturer.

If the collision was severe enough, your vehicle might be declared totaled even though the airbags weren’t deployed. It’s a bothersome situation since in this case you only might receive a check from the insurance company and they will take ownership of the vehicle.

In this case, you won’t be able to file legal charges and lawsuits against the airbag manufacturer or the vehicle manufacturer. So, if this happens, make sure to retain ownership of the vehicle and not let the insurance company declare it as a totaled car.

This guide hopefully settles the question of “if airbags deploy, is a car totaled” with a detailed answer. If you own an older vehicle, chances are that the accumulated cost of bodywork repairs and the replacement of the airbags will add up to the amount that’s enough to declare your vehicle totaled.

If that’s the case, you should only avoid letting the insurance company take over the vehicle ownership if the airbags were defective. On a newer car, you’ll likely just get an insurance settlement that’s enough to repair the damage and change the airbags so your car is safe for driving once again.

Can a car be fixed after airbags deploy?

Yes, a car can be fixed after airbags deploy, and the amount you receive from your insurance should cover the repairs if the vehicle isn’t totaled. On the other hand, if it gets declared totaled, you’ll receive an amount minus the deductible so you can invest it in buying a new car, or even re-purchasing your old vehicle and repairing it.

How much does it cost to fix a deployed airbag?

It could cost anywhere between $1000 and $5000 to fix deployed airbags depending on the vehicle make and model, airbag manufacturer, and vehicle type.