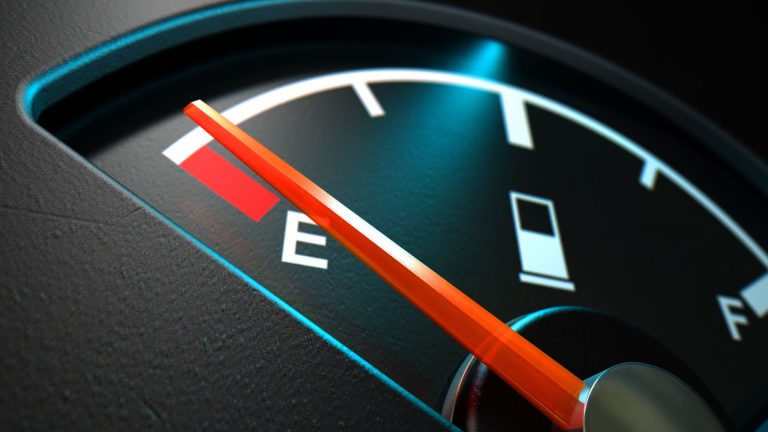 One of the essential gauges in your vehicle is the fuel gauge which lets you know the fuel level in the gas tank. However, if you spot strange gauge movement or it is stuck in a position for too long, you might be dealing with the problem.

If you spot your fuel gauge not working, it’s not as much of a problem as it would be if you had a mechanical issue. Still, you’d have to reset the trip mileage every time you fill up the tank and calculate gallons per mile to see how much you have left before the next top-up. So, it’s just a lot easier to fix the fuel gauge, and this guide will equip you with all the necessary pieces of information.

How does a fuel gauge work in a car?

A fuel gauge in your car measures the fuel level in the tank through a system of components. There’s the sending unit which measures the level of fuel in your tank and the gauge itself which transfers that information into fuel measurement.

Besides these basic components of the fuel measuring system in your car, there’s also the float. It sits on top of the fuel level and raises or lowers depending on the fuel level. This float is connected to the resistor via a metal rod, and the resistor interacts with the fuel display gauge by sending an electric signal.

The resistor is powered by your car’s battery, and the electric current level it sends to the fuel gauge depends on the position of the float. The lower your fuel level is, the lower the float’s position will be and it results in more current sent from the resistor to the gauge.

Because of this, the fuel gauge measurement gets closer to the “empty” position. On the other hand, once your gas tank is full, the position of the float and the signal from the resistor brings the gauge to the “full” position. If your gauge is stuck on “E” or “F” for too long, or it doesn’t move from “E” when you fill up the gas tank, there’s a problem with the gauge or the fuel measurement system.

Reasons behind an inoperable fuel gauge

Now that you know a bit about how fuel gauge even works, it’s time to get into the main reasons why they could be malfunctioning. If there’s a problem with the fuel gauge, it could be due to a malfunctioning instrument cluster.

Some modern vehicles have ways of testing the functionality of the entire cluster, and you should check your owner’s manual for instructions. Overall, the gauges should do a full sweep once you do this, so if your fuel gauge doesn’t, it indicates a faulty fuel gauge. If that’s not the case, here are some of the main reasons behind an inoperable fuel gauge:

If you are also experiencing other electrical faults besides an inoperable gauge, you should check the battery as well. The battery initially sends a signal to the resistor that takes fuel float measurements. If there’s a battery discharge warning light on the dashboard, the fuel gauge might not work due to poor battery voltage.

Checking for a blown fuse

One of the easiest ways of fixing the faulty fuel gauge is by inspecting the fuse if that’s the root cause of the problem. You can refer to the owner’s manual for information about the location of the fuse box and the exact fuel gauge fuse.

It’s often a shared fuse for the gauge and the entire instrument cluster, so taking the fuse out and placing it back into the box sometimes solves the issue. If the fuse is blown, you can replace it with a new one and fix the fuel gauge. In most cars, fuse boxes are located inside the car on the left side of the steering wheel, or under the hood.

Since the battery sends an electric signal that reaches the instrument cluster gauge based on float readings, electric connections could be the problem. You should have a car electrician check the wiring and connections, as well as look for circuit malfunctions.

On top of that, the sending unit is located on the fuel pump module, and there’s a wiring harness that controls the power supply to it. If the sending unit wire is damaged, it will prevent the signal to be transferred to the gauge on the instrument cluster.

On top of those electrical issues and fuse troubles, there’s also the potential problem with the sending unit. It’s best to leave the inspection to a trusted mechanic since you’ll need to take out the entire fuel pump module to inspect the sending unit.

You can use a multimeter to inspect the unit and see if it’s gone bad or not. If the readings are adequate, you can rule out the sending unit trouble and explore other possible reasons.

Finally, if nothing else seems to work, you can revisit your owner’s manual to look for a way of resetting the instrument cluster or testing its functionality. The gauge itself might be broken as well, so you should test the gauge. It’s possible to measure the voltage through gauge terminals since there are two of these.

There’s one terminal at the dashboard and the other one as a connection between the gauge and the tank. Sometimes, replacing the gauge itself and its wiring by taking out the instrument cluster and repairing it could solve the issue.

If your fuel gauge is not working, it won’t affect your driving, but it might take your focus off the road if you are constantly counting miles until the next refill. Fixing the problem can affect your concentration behind the wheel for the better, so it’s important not to let the problem persist.

You can use this guide to lead you through the main causes and fixes so you can get your fuel gauge working again as soon as possible.

How do you fix a gas gauge that doesn’t work?

You can fix a gas gauge that doesn’t work by fixing the wiring and electrical connections, resetting the gauge on the instrument cluster, or inspecting the sending unit.

How do I reset my fuel level sensor?

There are various methods of resetting the fuel level sensor and it all depends on the model of your car. You should refer to the owner’s manual to find the exact procedure which usually involves holding the trip button for a certain period.

Why is my fuel gauge stuck on empty?

Your fuel gauge could be stuck on empty if there’s a sending unit failure or physical gauge damage.

What does it mean when your gas gauge doesn’t move?

If your gas gauge doesn’t move, it means there’s a failure somewhere in the connection between the gauge on the instrument cluster and the signal from the float.