A safe speed to drive your car 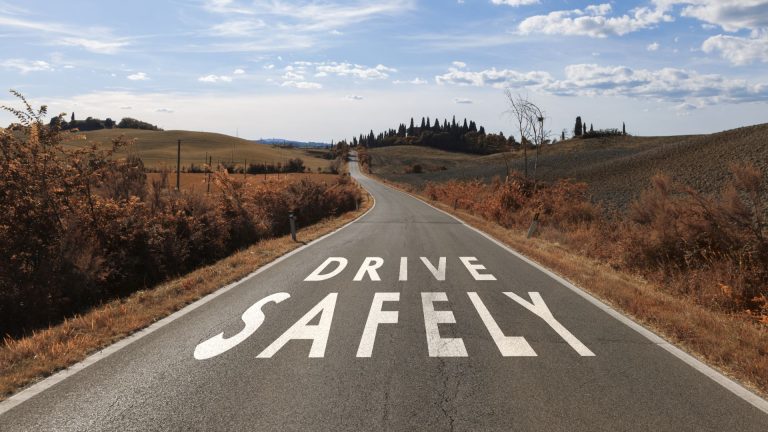 Modern cars are capable of developing impressive speeds and are equipped with modern safety features. So, it’s no wonder that drivers are often tempted to drive a little bit over the speed limit on a highway. While it’s best to stay within the limit and avoid accidents and a speeding ticket, what’s exactly a safe speed to drive your car?

Well, it all depends on several variables such as the weather conditions, road conditions, and your skill as a driver. Going over the limit isn’t the safest thing to do, since a safe speed is that at which you can safely stop in case of an emergency. That’s why it’s sometimes safer to drive below the speed limit, so our team will show you the safest speed to drive in this guide.

What does a safe speed mean?

With all the traffic regulations and speed limits, it’s still up to you as a driver to figure out the safest driving speed at which you feel comfortable. If you live in a big city, you might feel pressured to drive at a faster speed to prevent holding down the traffic, even if you are still driving within the limit.

You shouldn’t increase your speed just because other drivers behind you might seem irritated by your slow driving. Of course, there’s usually the lowest proposed driving speed for a specific part of the road as well. So, the safest driving speed is usually somewhere in between – this way you can avoid being the “slowest” driver on the road, and you won’t be breaking any laws either.

A good driver always adjusts the driving speed according to the situation. So, if it’s a foggy day, it’s not safe to drive 60 mph even though it might be allowed on that part of the road. A safe driving speed is that at which you can always safely come to a stop in case emergency braking is needed.

So, a safe driving speed is a blend of numerous factors – it’s a speed within the speed limit that allows you enough reaction time, and the speed at which you feel comfortable driving.

For the utmost traffic safety, you should never drive above the speed limit, or below the minimum allowed speed on the road. However, there’s still a huge speed gap between the two, so it might be difficult for you to decide on the safest driving speed.

A safe driving speed is always up to the speed limit, but it’s often a lower speed than the sign says. If you see a sign that says driving up to 55 mph is allowed, it doesn’t mean you have to drive 55 mph. Perhaps keeping your speed at around 45 mph is better suited for your driving style.

Of course, you should also care for other drivers if you are driving slower on the interstate, according to the Smith System 5 Keys and other safety driving recommendations. Make sure that your driving position is visible, so other drivers can overtake you and you can continue driving without changing speed.

Driving up to the speed limit or below the limit can save the day and make the road safer for every driver. Still, what should you do when there’s no visible speed limit sign? Well, you should be aware of the different speed limit types:

Statutory speed limits are established by state legislation and they represent the limit you should respect even if there’s no speed limit sign. Some slight variations are possible from one state to another.

According to the Federal Highway Administration, it’s 15 to 25 mph in residential or school districts, 55 mph on rural highways, and 60 to 70mph on Interstate highways.

There are also special condition speed limits that are set during specific hours in specific locations, and they are to be respected over the statutory limit.

The safest speed to drive in a special condition speed limit zone is below the speed limit. For instance, school zone speed limits differ from state to state, and they range from 15 mph to 25 mph. Still, it’s better to stick with the lower limit to maximize driving safety for both you as a driver and the pedestrians.

Work zone speed limits can also vary and you should adjust your driving speed to the situation until you exit the work zone. There are also variable speed limits that are displayed on a changeable message sign (CMS) in case of extreme weather or road conditions.

Finally, you might encounter advisory speed limits in zones where there’s a sharp turn or an exit ramp. Either way, it’s best to keep your driving speed down in most situations where there’s a special condition driving zone.

These zones lead to unexpected traffic situations, so driving as slowly as possible without endangering other drivers with your speed is the safest way to do it.

Adjusting the speed on a rural highway or Interstate highway can be difficult for several reasons. First, there will always be drivers that drive a bit over the speed limit, so you might feel like you are slowing down the traffic by driving below the limit.

As long as you don’t drive slower than the minimum speed allowed on that part of the road, you aren’t a threat to other drivers – speeding drivers are. So, make sure to adjust your speed to a level you feel comfortable driving at.

Try not to take any sudden braking or steering action unless in case of an emergency. If the speed limit is 65 mph, the safest driving speed is in the range of 50 mph and 55 mph. That way you won’t be speeding, and you won’t be driving too slow either.

As we mentioned, you must adjust the driving speed based on the driving conditions and road conditions. If there’s a heavy rain or fog, driving up to the speed limit isn’t the best idea as the faster you drive, the longer your reaction time will be.

Slowing down a bit is the best way to tackle the situation, as well as making sure that your vehicle is visible to other drivers by turning on the fog lights. The same goes for driving on slippery terrain or a rural highway in case of ice or snow.

Driving 65 mph isn’t the safest speed in this case, since the road conditions aren’t the same as driving ont the same road in the summer. So, the best piece of advice you can get is to slow down when driving in hazardous conditions.

So, now you know that a safe speed to drive your car isn’t always the recommended speed on a particular section of the road. You have to also count on the weather conditions and road conditions, as well as your driving skill.

The safest driving speed is often lower than the speed limit, so you should figure out the speed at which you feel the most comfortable. The important thing is to consider the speed limit and minimum allowed speed of driving on a particular part of the road.

What is the safe speed of a car?

The safe speed of a car depends on the speed limit and road conditions. It’s the safest to drive 15 mph to 20 mph in a school zone, around 55 mph on a rural highway, and up to 65 mph on an Interstate highway while adjusting your speed to the road conditions.

Can driving fast damage your car?

Yes, driving too fast can damage your engine in case you frequently put too much stress on it, and it’s not the safest driving speed for you or other drivers on the road.

Is it safer to drive slowly or fast?

It’s safer to drive slower than the speed limit, but you shouldn’t go below the minimum allowed speed which is mostly 40 to 45 mph on highways.

What speed should you drive under normal conditions?

Under normal conditions, you should drive up to 25 mph in school zones where it’s allowed, up to 55 mph on rural highways, and up to 70 mph on an Interstate highway.